There was one last box left to be checked in Mongolia…

We had all the normal goals that you would set for yourself if you were to go to Mongolia – you know the gers, the nomads, the camels, the sand dunes and all that. We did all that and more.

We had another goal for ourselves. Not something you would normally think of. But then again, we are talking about Roger and myself. If it is not quirky, it is not us.

We had a goal of buying a fountain pen from Mongolia!! Both Roger and I write with fountain pens and share a common love for collecting fountain pens.

Calligraphy was originally invented in China and the Mongols had their own variation in their scripts (I am talking about 2000 years back). In fact, we got all our family members’ names written in the old Mongol style in wall hangings that we are bringing back home.

While in USA, after a lot of research, we had found out one shop that claimed to carry fountain pens in Ulanbaatar. You can guess the rest…

We are proud owners of two identical fountain pens from Mongolia!!

Disclaimer: While the pens were bought from Mongolia to add to our libraries, they are not actually made in Mongolia. Nobody makes fountain pens in Mongolia. These are of Turkish origin. So, our bragging rights is “we got them from Mongolia” 🙂 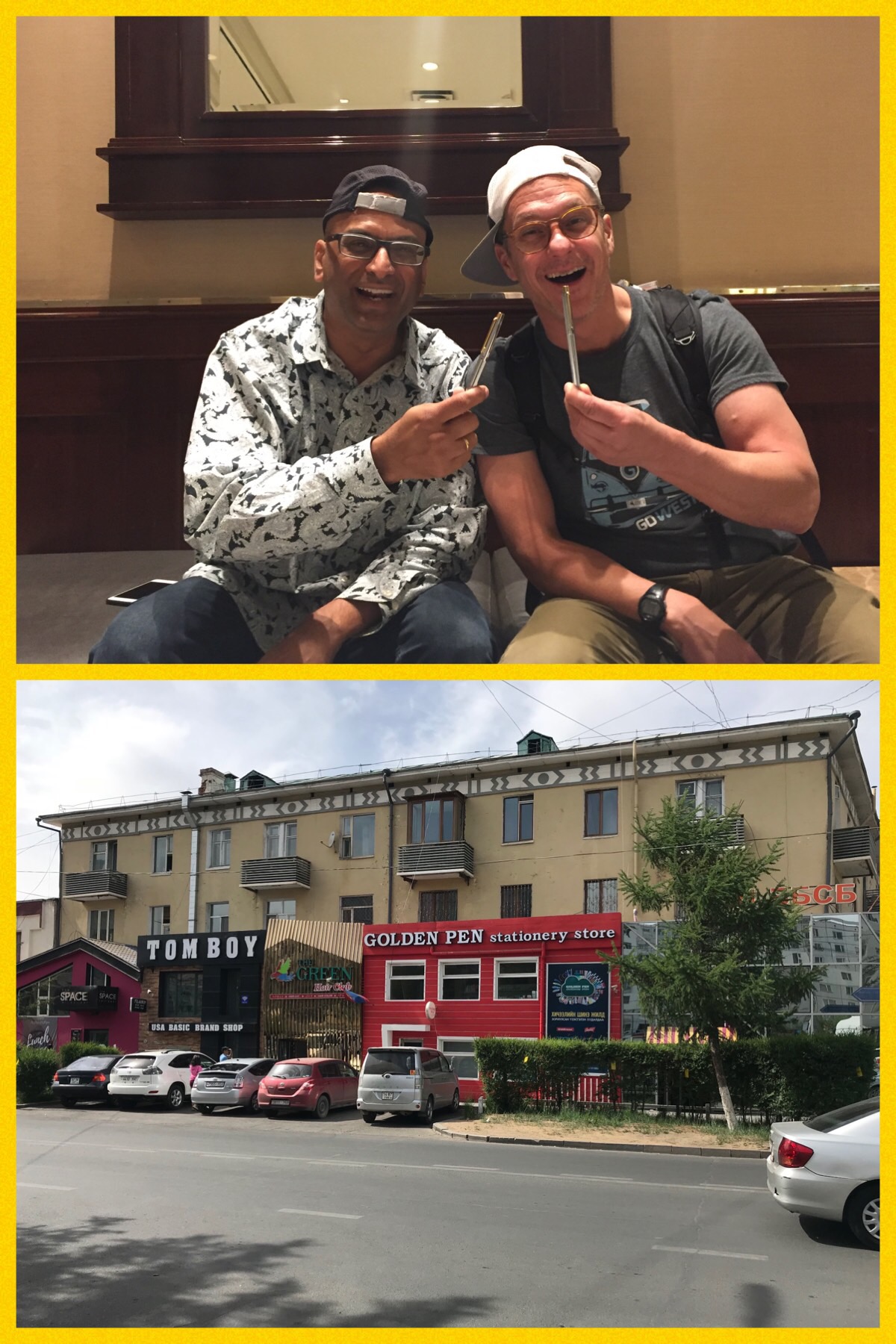