Wider view of the ger

The size of a ger is apparently measured in “curtains”. A curtain is what is used to cover the side (round) wall of the ger. This was a one and a half curtain ger. Which is considered a big ger.

Notice also that there are no cots. Apparently, they do have cots. But this family is sleeping on the floor because they have just moved in.

Something interesting happened in the middle of all this. The lady, who was cooking got up, went to the door, opened it, looked out in the horizon and said something. The gentleman, immediately got up, put on a shirt and headed out.

We were explained that some of the camels had gone too far out. So, he went out to herd them back near to the ger.

That is the life of a nomad! Imagine having to do this in hot summers and cold winters!! 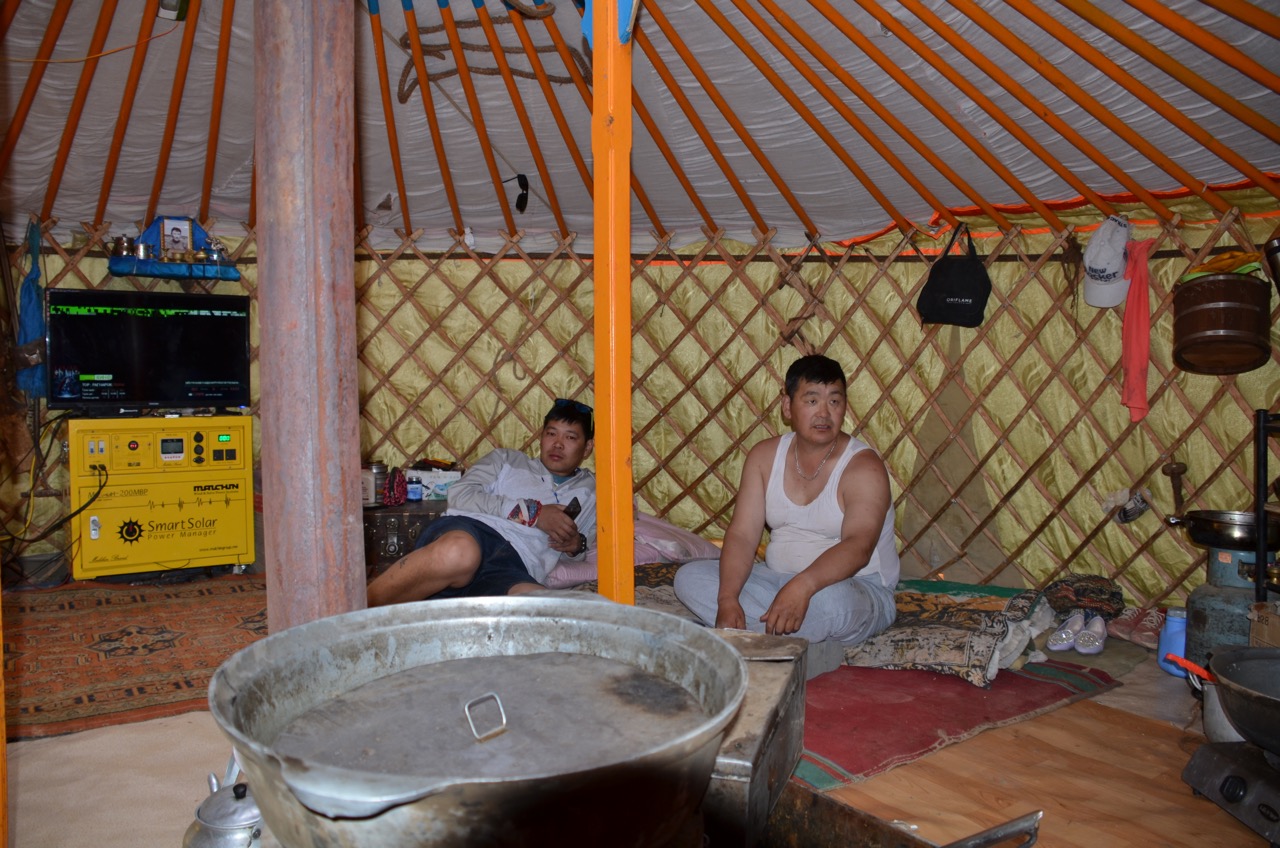