The final drink of the day was something called “hormug”. We had heard about “airag” which is an alcohol made from mare’s milk. But were disappointed to find out that this is not the season for it. We need to come about three months later to taste it.

Hormug is made by first making yogurt from camel’s milk and then fermenting it.

It had virtually no nose, a distinctly sour (like that of sour cream) palate and a very strong earthy finish to it. 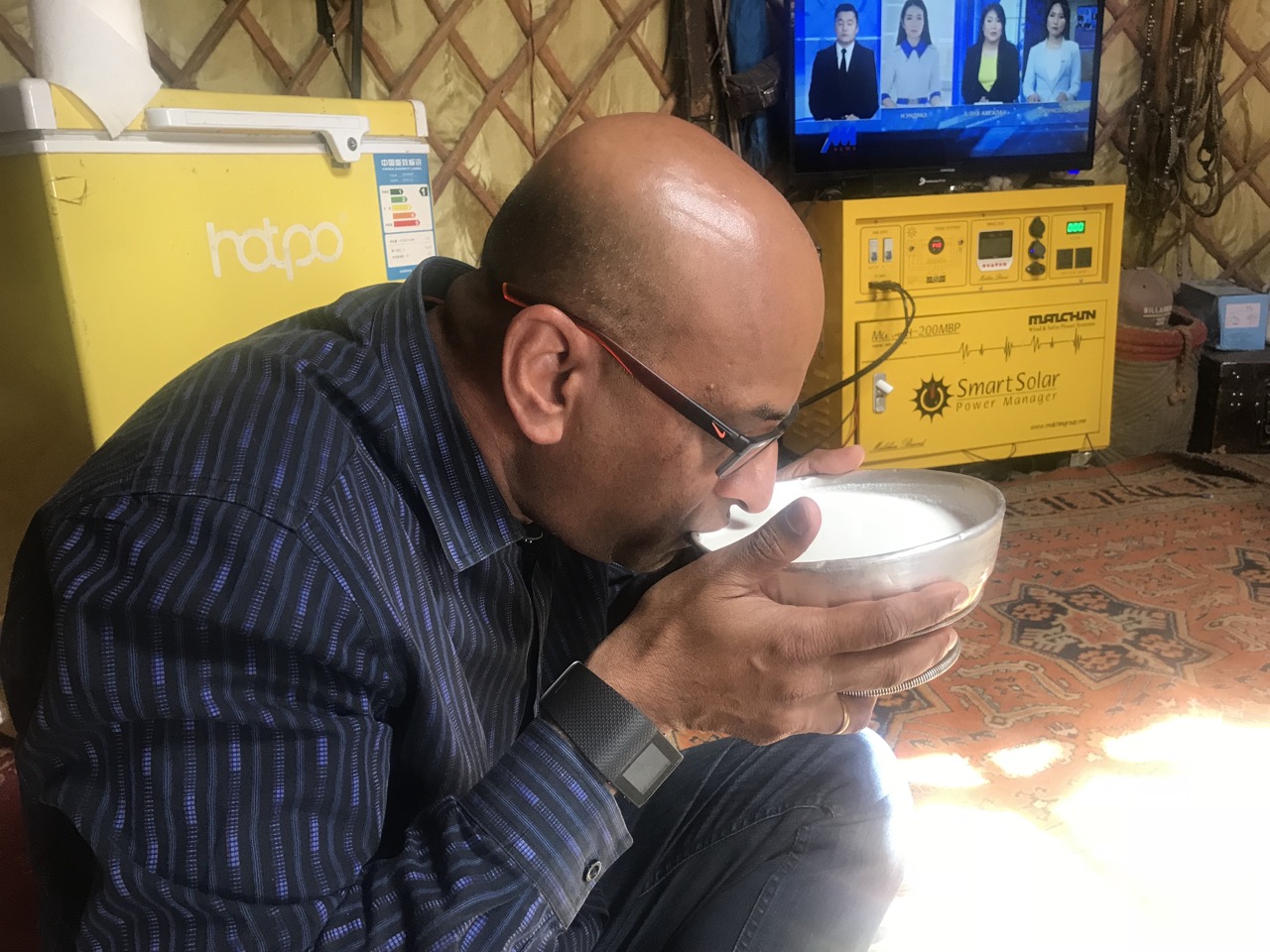