I forget the context now but I was talking to my elementary school day friend – Sudipta Chattaraj – a few months back and he informed me about his mom’s quick onset of Alzheimer’s. On an aside, I have noticed that among the previous generation (my parents’ age) in India, there seems to be a greater propensity to suffer from Alzheimer’s, dementia and even Parkinson’s. I am not sure whether this is relatively new or a by product of people living longer or I just did not know the names when I was growing up but senior people were still being afflicted by them.

Sudipta was one of those all rounders in our school. He was very good in studies, a great athlete, very gentle and soft spoken and – this one made me most jealous of him those days – had an impeccable handwriting!! Our teacher’s would call it “motor moto” – like pearls!! Sudipta is also the resident pediatrician for all our school friends’ kids. When Nikita and Natasha were young and we visited India, during those invariable bouts of getting unwell, we would make a bee line for Sudipta’s house!!

I was a little dismayed that Sudipta was concerned at the speed of how the ailment was progressing with his mom. I remember – and he reminded me – that I had told him “Ask her to hang in there for a couple of months more at least. I want to come and see her”. That is why Mrs. Chattaraj was the first person I visited in Durgapur after leaving my inlays’ place.

She seemed to have certainly grown very frail and the conversations were not always very coherent. But we talked for quite some time and tried to remember the days when she was our age and we were but kids. Most encouragingly for me, she did pick up on some of my jokes and laughed at them! Ha ha!! 🙂

It was great to see Sudipta and his family after many a year!! 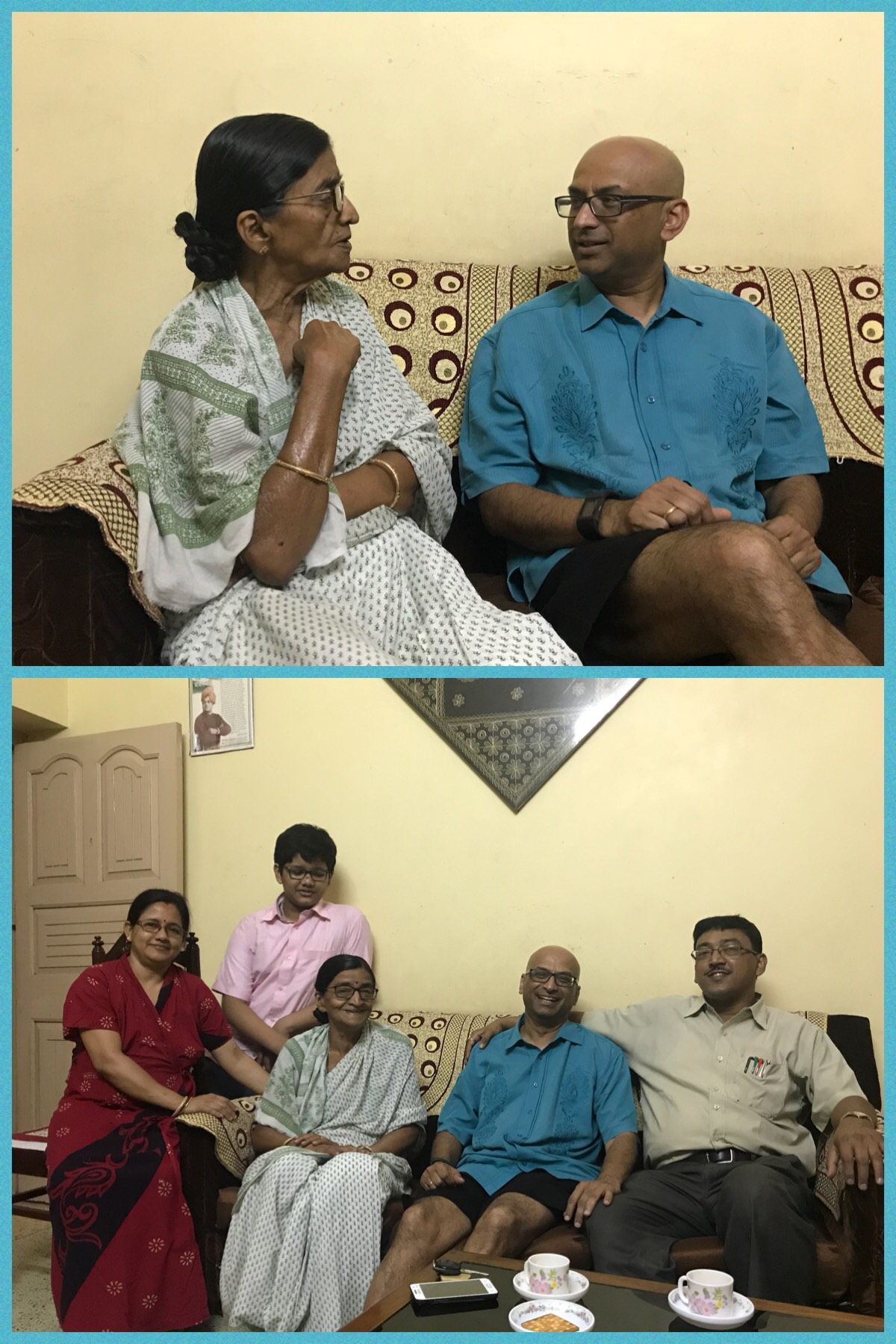