He was conspicuous by his absence

One of the last stops in Durgapur was to go meet Mr. and Mrs. Bhattacharya! Gautam and I were again classmates back in early stages of school life. I have great memories of spending quite some time at his house next to the maintenance office. There was this span of time where I used to show up at his house everyday to work on a school project together. Frankly, my contribution was to mostly observe as he wielded the solder iron deftly. I was pretty happy being amused by the smoke that used to come out every time he dipped the solder iron in that lubricant flux before he picked up a mercurial ball of solder.

Over the years, I have kept up with the Bhattacharya family. I have made occasional trips to their house – chatted with Gautam’s better half Gopa – who happened to go to college with my sister many times and listened to songs sung by their son Sankha. But regrettably, my interactions with Mr. Bhattacharya started dwindling as he started succumbing to dementia, Alzheimer’s and all that. At some point he stopped recognizing me and then his movements became very limited.

I became aware recently that he is completely bed ridden now. So, went to check on him. He could not get up from his bed. In fact, he could not even turn to my side as I sat in the bed beside him. As I put my hand on him, he softly opened his eyes. He whispered a few words but I do not think he knew who he was talking to.

The good news is that Mrs. Bhattacharya looked great. She has had her tough days and only recently was in an ICU. But she seems to have bounced back nicely. After leaving uncle in his bed, we came to the living area and chatted about my parents and the good old days for a long time. I reminded her how kind she used to be to me and that I have never forgotten that!!

I hope to see them a few more times in my future trips!! 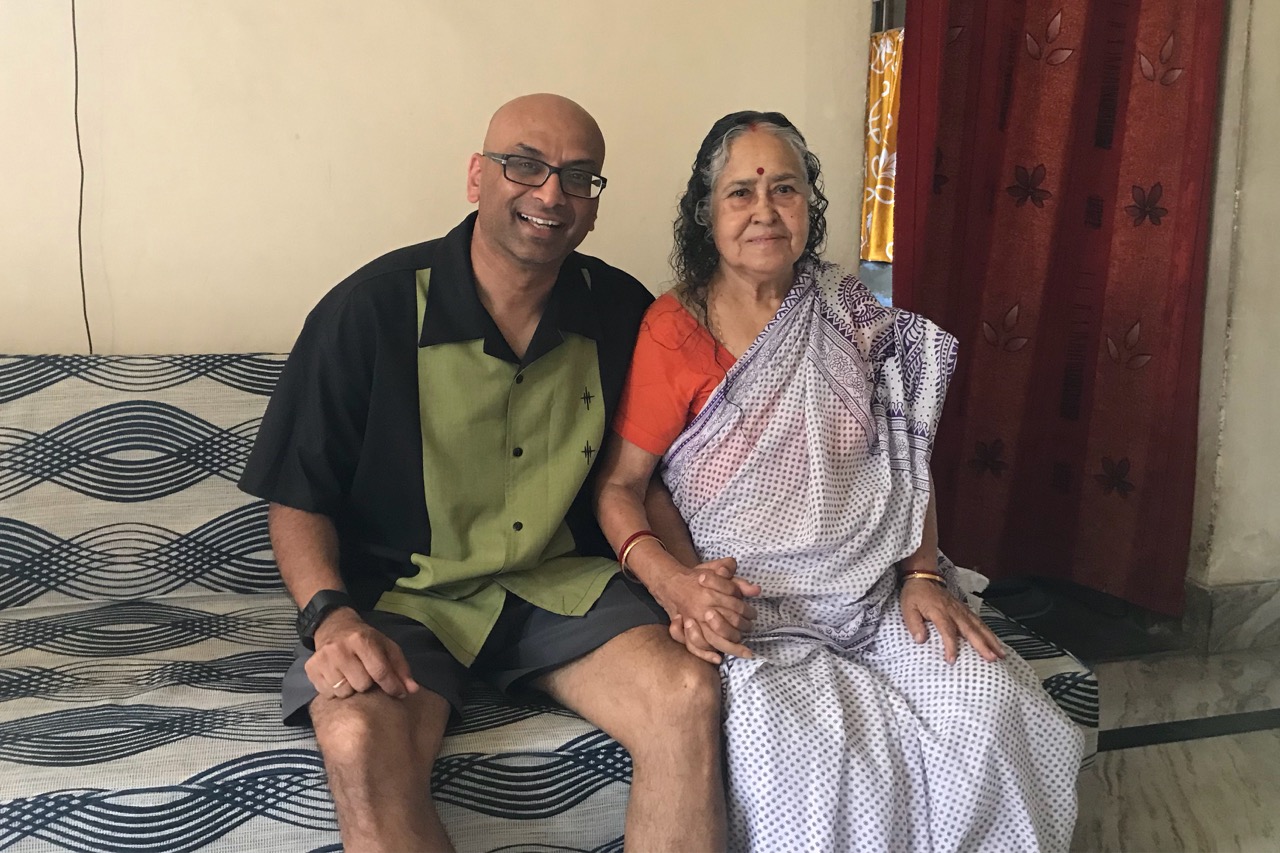