My usual routine coming back from India entails taking an evening flight back to Delhi and then catching the night flight back to US. This time though, I took the morning flight – I needed a few extra hours to go see Dip, his family and most importantly, his mom.

Last time I had seen Dip’s mom – and I believe Dip too – was after our Board exams in twelfth grade. That would be 1985 summer. Navin, Rahul, Rakesh and myself had taken a train from Kokata all the way to Siliguri where Dip was waiting for us to take us to his home which was on the way to Darjeeling. They lived in this beautiful house in an even more beautiful scenic setting. New Chumta Tea Estate it was!

I remember having the time of my life there. Dip’s mom showered incredible attention on us. She had arranged for a lot of local trips to see some idyllic sights in the mountains. We had taken quite a few pictures during that trip. Much later in life, I had digitized them and sure enough – I carried them with me this time!!

I forgot to tell you how I know Dip. We were classmates in Narendrapur Ramakrishna Mission College. That was for our eleventh and twelfth grades (junior and senior high school years). It was a residential school and Dip and I were in the same hostel (dorm). For quite some time we were even next door neighbors. However, our streams were different – he did English, History, Economics and such and I did Physica, Chemistry, Math and all that.

In the past I have told you about two of the teachers that I admire most when it comes to learning English as a subject – Sir Donegan (from fifth grade) and Mrs. Biswas (from ninth and tenth grade). If you were to ask me to name similarly two of my classmates whose English I admired and still admire the most – without even a shred of doubt, they would be Dibyendu Dutta (I wrote about him once) and Dip Sengupta. If you read some of his Facebook posts even today, you will be completely taken in by the lucidity and natural flow of words.

It was great to see Mrs. Sengupta after 33 years. That would be actually two-thirds of my life so far!! Unfortunately, I did not visit quickly enough to see Mr. Sengupta too but I was glad to see that Mrs. Sengupta is in great health. In fact, one of the rare cases of any of my friends’ parents keeping up with excellent health. Touch wood!!

We talked endlessly about that trip we had made and exchanged notes of what we remembered.

I have to say – from that initial scream and hug once I saw Dip to his insistence on going out for lunch and adda – it was as if those intervening 33 years never happened. The camaraderie and joi-de-vivre was untouched and intact. It was like we had seen each other just the other day.

Speaking of going out for lunch and adda, Dip took me to a local place and we had some outstanding animated discussions – as you can see in the picture. Dip has an unique perspective – what with he being a very successful business person in Delhi. Additionally, his professional area of interest being marketing (specifically advertisement) and his educational degree being in history, he brings a lot of fresh perspective to a person with my background. Our topics of discussions ranged from geopolitical events to consumer marketing.

Apart from the fresh perspective that I talked about, one unmistakable trait of Dip you just cannot miss is his positivity. His observations of some of the concerns across the world and in India on economic and geo-political issues never left the moorings of an underlying framework that on a macro basis, the world is getting better and better. This is something that I absolutely subscribe to. And am sometimes amazed by how we can get into the microscopic details of analysis of an event – and assign motivation or judgment to it immediately – and yet not be able to step back and see the larger (and slower) trajectory the world is on.

Perhaps learning deeply history gives him the advantage of setting perspective to things. On the other hand, I think that positivity is just sheer Dip. He was like that even when he was 16 years old.

I love spending time with such people! May your tribe increase, Dip Sengupta!! 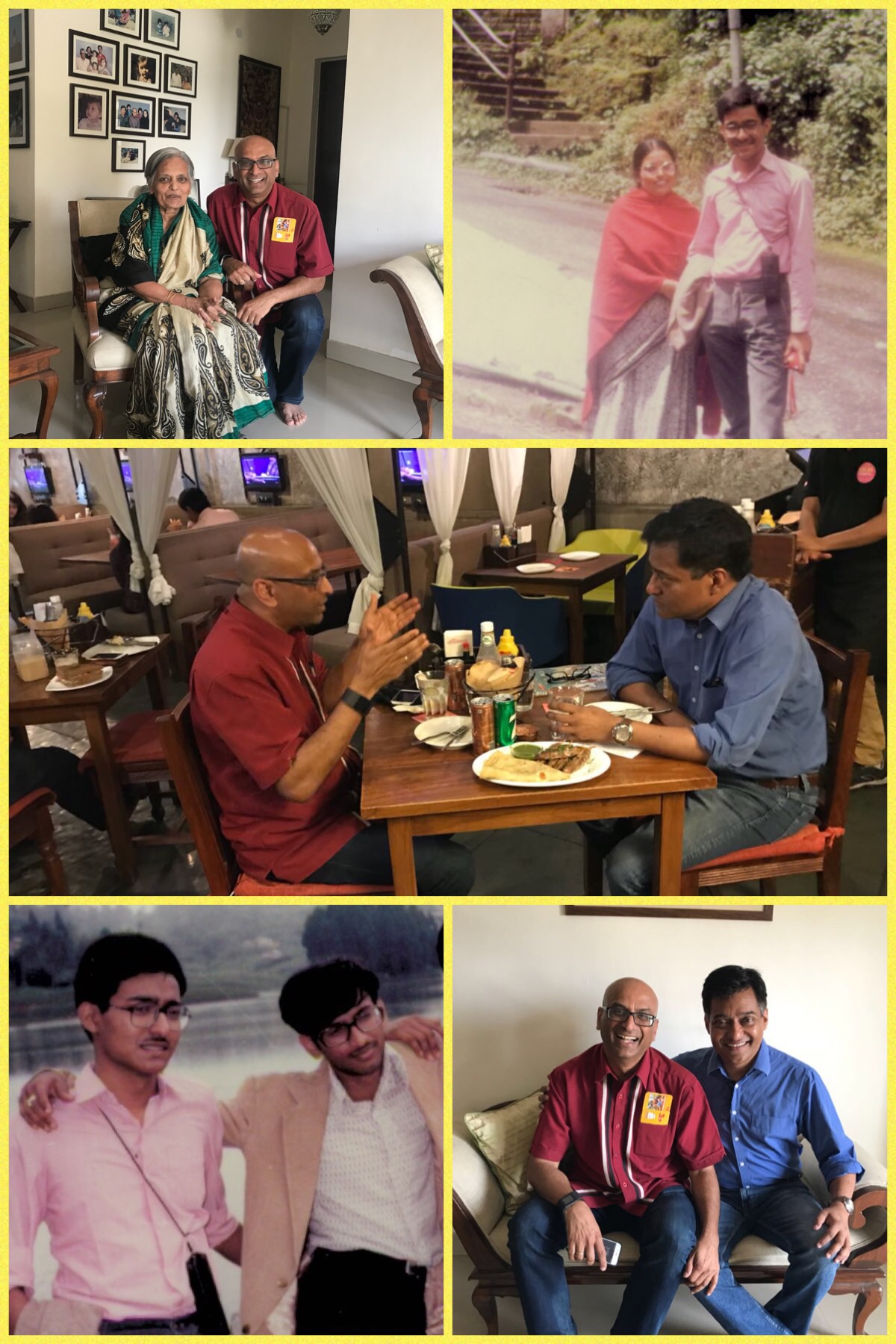