I am surrounded by some angels!!

I met Christina for the first time with the CEO of her company in a meeting room in Atlanta way back when her company and my business unit was building a joint solution for the market. We became friends from there on. Eventually I left the company but I had kept up with her – especially in that one trusted way of mine – calling on birthdays!

Couple of weeks back, I finally got a chance to meet her again at a bar in New York. I am glad I did. I learnt so much about her, her husband and her family.

“So, if I recollect correctly, you quit your job, right?”, I asked
“Yes. For some time.” she said
“Where did you join?”
“Well, I work in the same company. As a consultant now.”
“You were not interested in working anywhere else?”
“No, I needed the flexibility of working hours”
“Got it. You said you had taken some time off from work, right?”
“Indeed”
“How did you use your time off?” (I was so ready to talk to her about how excited I am with motorcycles, mixology, hospice etc… but I wanted to hear her story first).
“I took the time off to raise my family”
“Oh! Congratulations! How many kids?”
“Three”
Frankly, I was like – “Wow! that was quick”. But what I asked was “How old are they?”
“My eldest son is sixteen years…” she went on.

But I had stopped listening to her. My cortical part of the brain had completely taken over. 16? But I had met her around 2010. How could she have taken time off after I left the company – which was itself 3 years after I met had her for the first time and have kids 16 year old. My mind was swirling in all sort of confusion.

As she kept talking, I could hear a few words through that cloud of confusion that started stabbing me back into consciousness….

“Wait! Wait! Roll that back for me. Did you say you adopted from Ethiopia?”

Second time around, I got the story straight. She and her husband had determined not to have their own kid – and instead change the lives of a few. They adopted a son from Ethiopia. Then found out that the child had a sibling (also given up at an orphanage). They adopted him too. Not content with the good that they had already done, they went back and adopted yet another – this time a girl from Ethiopia.

Again, life stories like this overwhelm me. This level of magnanimity and grace boggles my mind. I have mentioned this before about my time spent with an organization in Dallas where we rescued battered women and kids from physically abusive houses. I saw up close and personal how there are more kids than caring parents in this world.

People who can subtract one from that problem are just incredible human beings. I have no words for people who go back and do that multiple times.

I remembered my other friends from Wisconsin – Bob and Audrey (http://www.rajibroy.com/?p=7681) – who have adopted multiple times from Ethiopia and China and told their story to Christina.

This week, I ran into Girish in Cancun (http://www.rajibroy.com/?p=16292) – and found out that he and his wife have adopted two kids from Guatemala.

Amidst all this, the one thing I feel great about myself is that somehow I have been lucky in life enough to call people like these as my friends. For, these guys play the game of life at a very different level than I am able to comprehend.

It was magical to see you again, Christina! And may your tribe increase! 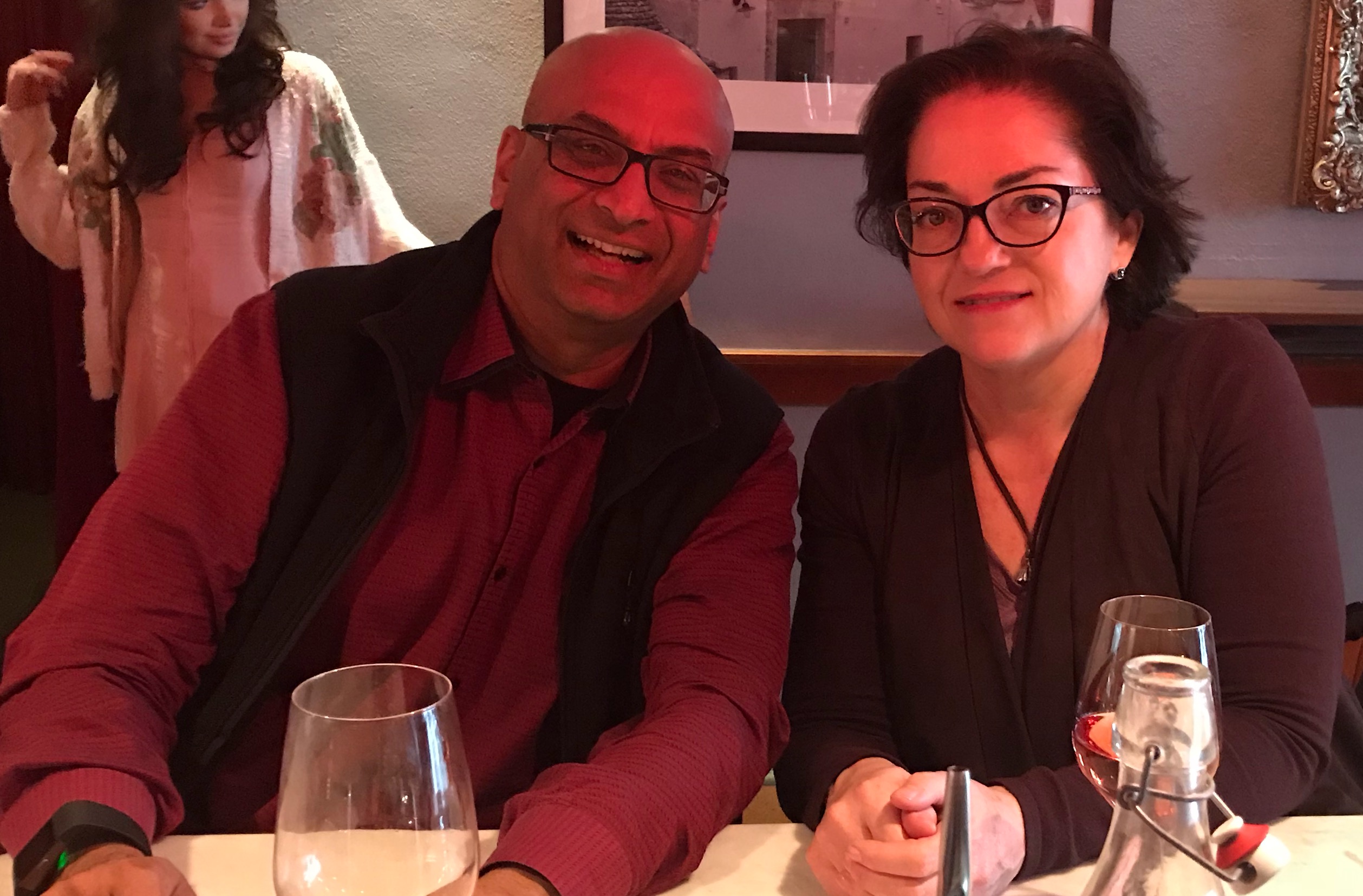