I needed that run today…

As I confessed to a couple of my friends in the last two days, I have a fear that I am losing interest in running. Everyday, after a couple of miles, I feel like I want to give up and come back to the starting point. Somehow, I start convincing myself everyday that I am tired and out of breath.

I was starting to question if my running days were behind me. I had imagined that I would be prevented from running due to knee issues at some point of time, but I never thought that I would lose interest in it.

Then I met Lia a few days back on the trail. As we chatted, she mentioned that she was putting in a 100 mile run this weekend. Just the other day (in fact less than six months back), she had put another one. That is 100 miles!!! In about 27 hours!! That is running for more than a day!!

I came back from that conversation convinced that I needed to change up something in my run. I figured that my problem was I was running solo. Running by myself gave me tremendous flexibility on time. But running with somebody else or in a group (like I used to many moons back) put the peer pressure and had the added benefit of making it a social interaction too.

I woke up this morning worried if I was done with running.Then I told myself if Lia can do 100 miles, I can surely do 10 miles…

That was enough to push me to run a 10 mile solo run at a 9:30 pace on a wonderful, sunny, blue sky morning!

I needed that run. Just to reassure me that I am still fighting a mental battle not a physical one. Not yet, at least! 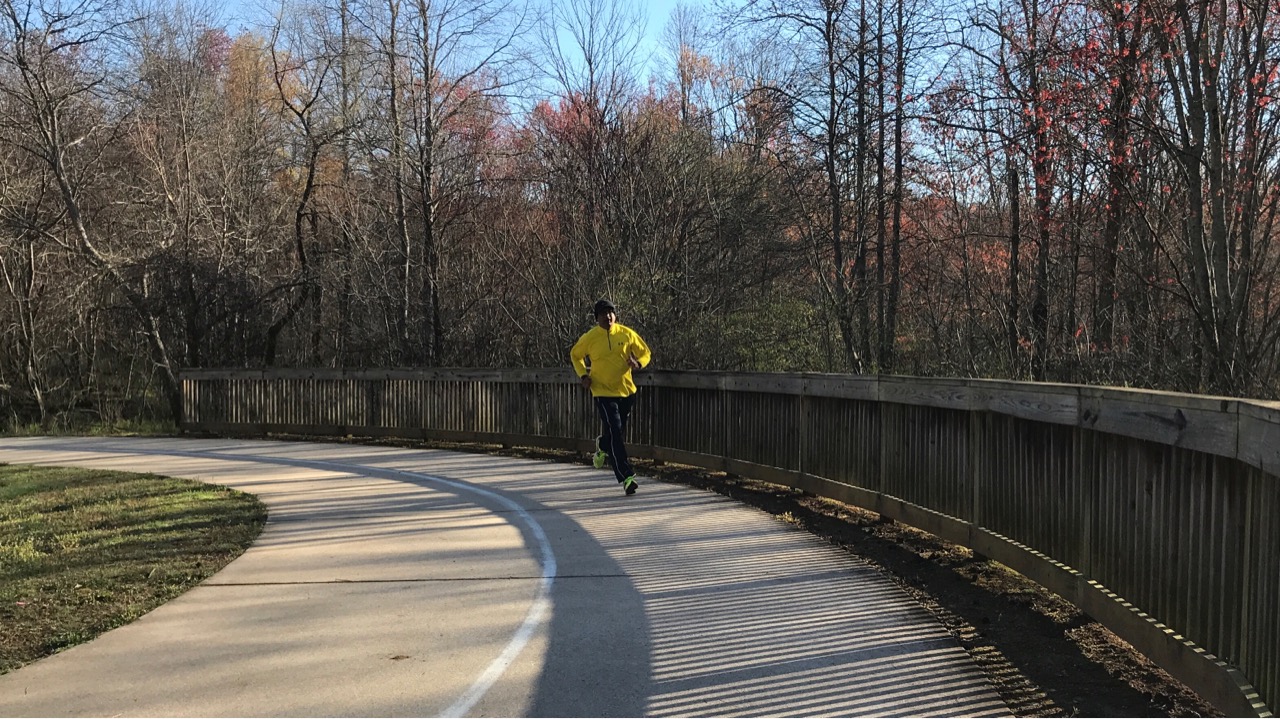