Those indelible ink marks – one from 2013

I had run into Ryan Krusac in 2013 while perusing pens at the Atlanta Fountain Pen Show that year. I got to know about him and his family. He lives in North Georgia (I believe near Chattanooga area). His passion is making pens and he does a great job in the craftsmanship of each and every one he makes. That year, I bought this wooden body pen from him. The wood came from local forests of North Georgia mountains. Originally this had a medium tip nib. Ryan was kind enough to mail me a fine tip a few days later which I fit in and promptly started using. I go with black ink for this pen.

I was going to take the next pen picture a week later but this Sunday, while cleaning the pool after the long bike ride, I noticed the pine cone next to the tree trunk with bright sunlight falling on it. I knew the exact pen that would go great with that backdrop. Ran inside to get the pen and the camera.

And yes, much later I remembered that I completely forgotten to finish off the pool cleaning 🙂

Miriam, since you liked the previous pen picture… this picture is for you!! 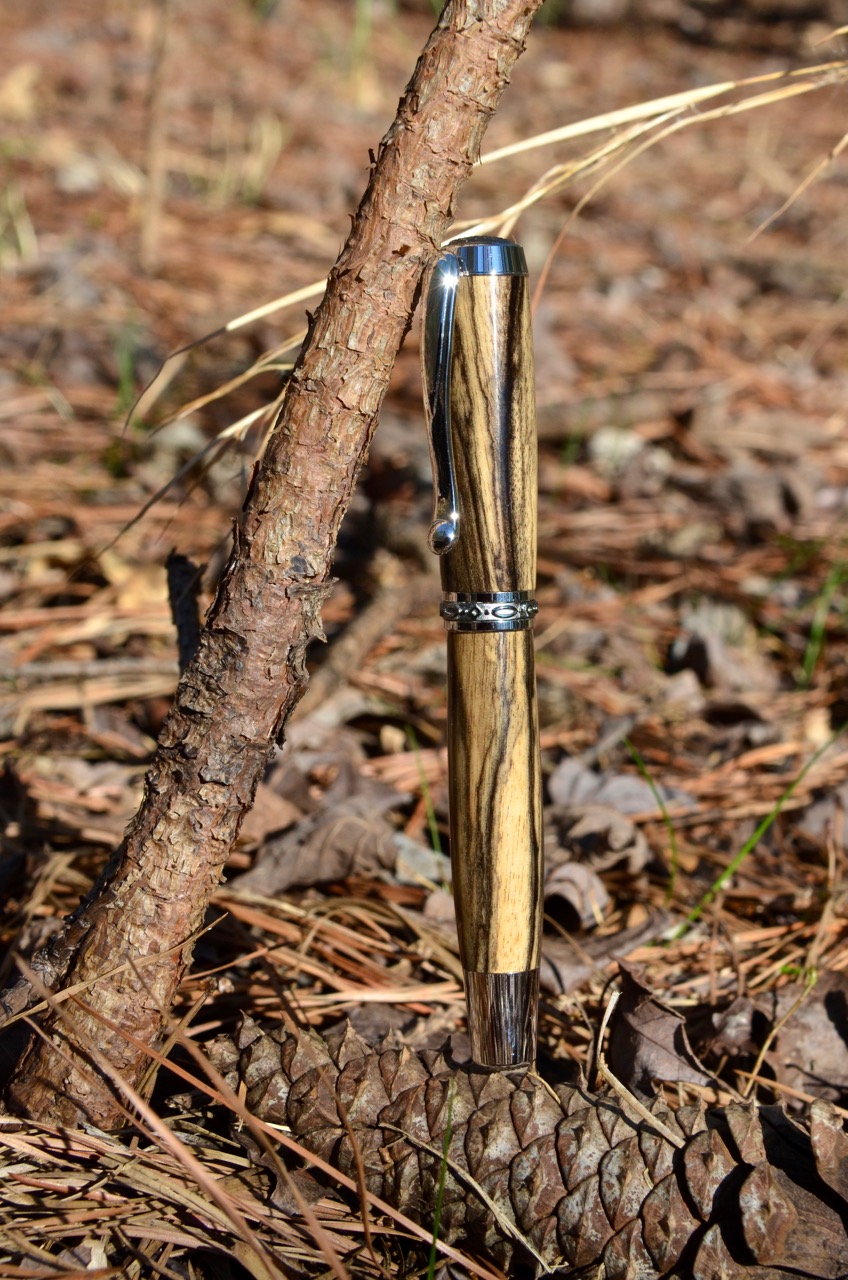