Book Review: “On the Shortness of Life”

Very recently, a few of us were celebrating a friend’s birthday and the friend mentioned that at our age, he does not look forward to birthdays since that reminds him he is one year closer to his death. That started some very spirited (admittedly, some of the spirit was contributed by the wine we were drinking) discussion on life, how we spend it etc. I made a mental note of going back home and re-reading Seneca’s letter on “On the Shortness of Life”. I cannot remember a better treatise on what causes us to be remorseful of shortness of life than that letter. Roger Whitney and Somshekhar Baksi had pointed me to this literature in the past.

Some of the words have left a strong effect on me. A notable quote:
“We are not given a short life but we make it short, and we are not ill-supplied but wasteful of it. Life is long enough, and a sufficiently generous amount has been given to us for the highest achievements if it were all well invested. But when it is wasted in heedless luxury and spent on no good activity, we are forced at last by death’s final constraint to realize that it has passes away before we knew it was passing”.

Which led me to realize that it is indeed a small part of life that we really live. The rest is not life but merely time.

There is a place where he talks in similar language to what I had first read in Randy Pausch’s “The Last Lecture.”. Addressing Paulinius, Seneca says
“You are living as if destined to live for ever; your own frailty never occurs to you; you do not notice how much time has already passed, but squander it as though you had a full and overflowing supply…”

Another thought that made a big mark in my mind was Seneca’s pointing out that we what we invest to achieve often takes more investment to keep. To preserve prosperity, he says, we need other prosperity. To support the prayers which have turned out well, we have to make other prayers. Remarkable quote again:

Fortune, after all, is never to be less trusted than when it is the fairest!!

If you ever get a chance, read the letter. It is usually available as a collection of three of his most famous letters. The other two did not make that large an impact on me. I read the Penguin Books version. 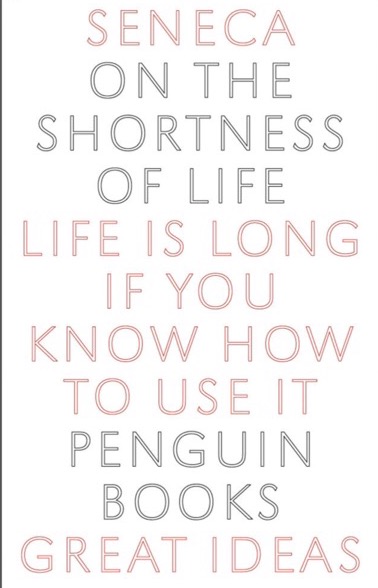