A bridge across to our future

“Tomra boro hoey ke ki hobey?”.
I asked the five schoolgirls 0- who I had just met and were now all crammed in the back seat of my brother’s car – what were they going to be when they grow up. The students – ranging from fifth grade to eighth grade – all said they did not know. Except the youngest one. She was very shy to open up in front of everybody. But after we had dropped them off, she did come around to the front door and told me thru the window – “Ami engineer hobo”. (She wanted to be an engineer).

For about five to six minutes, i had the greatest time with these school kids. Most suggested math was their favorite subject – everybody had one favorite teacher and one – shall we say, not so favorite teacher? They all live close to each other.

“Ei gaarita AC?”, one girl piped up asking if she was sitting in an AC car.
Another girl in the group immediately pounced on her – “Of course! Can you not feel the cool temperatures?”. (Which was interesting in of itself since the AC in the car was off given the cool temperatures outside)
“O! Ami ei prothom AC gari chorlam”. She was excited that she was getting her first ride in an AC car.

Like I said, I had a great time with the kids (like I often do) getting to know about their classes and school and family and all that.

Speaking of which, I never mentioned how did it come around that we had five young students in our car to begin with.

What happened was this – after seeing Jagannath-Da, we were coming back home. At one point, we had to cross the Ganges river. It is a long bridge and you have to pay toll. As my brother pulled up the car to the bridge entrance, I stuck out my hand thru the window with the money. The guy who collected it did not have proper change – so we walked to the stall nearby to get change.

Right there were five uniformed school girls who were slowly walking towards the bridge. I was looking at how happy they were talking and laughing – undoubtedly going back home after school. One of those kids saw me looking at them and walked up to me. Frankly, I was a little wary of what she might say or ask for.

“Amader bridge-er opaarey chhere deben?”. She wanted to know if we would give them a ride to the other side of the bridge. I asked them where were they going. I learnt that their school is on this side of the river and they all live on the other side. Every morning and afternoon they cross the long bridge. (Incidentally, that bridge was closed for a year for maintenance last year and when asked, they said they had to take the boat that year).

In any case, we let the girls know that we can take as many of them as would fit. Not to worry! They somehow fit all of themselves in the backseat of the small car! And that is how I spent some incredible five to six minutes with some bright minds of our future!

The toll collector in the meanwhile had come back and given me the change and the receipt. Just to be safe and sure, I asked him if the kids live on the other side. He confirmed that. Then he looked at the kids in the back seat and looked at me and my brother.

“Apnader ticket laagbey na”
He took back the receipt and change from me and gave the original money back. He asked us to cross the bridge free!! 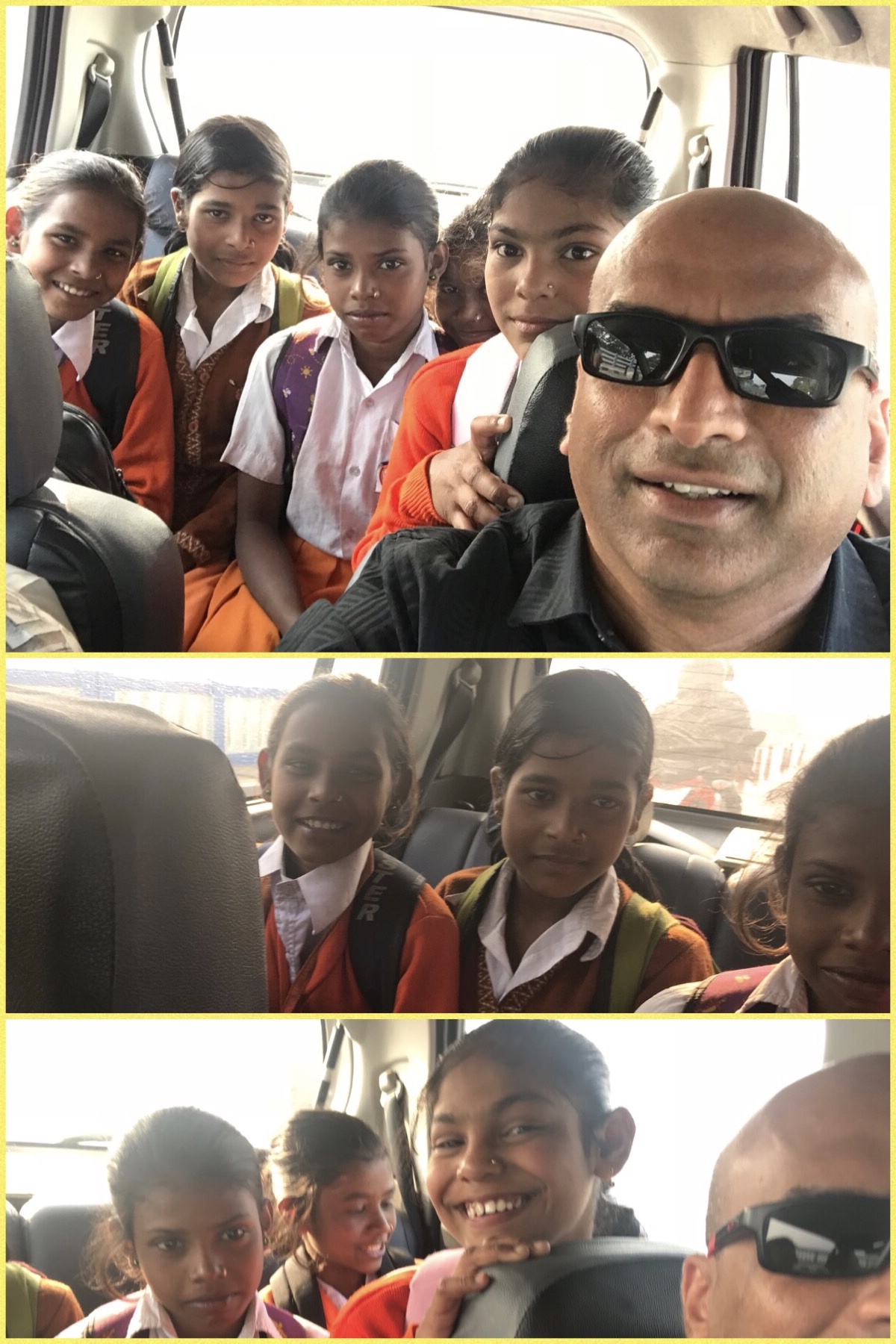