Phase A of our vacation over. Kids spent a good amount of time with grandparents and cousins. Moving to Phase B now. Time for just the four of us to spend time together.

With that in mind, we reached Kolkata airport quite some time before our flight to Bali, Indonesia. The airport was empty and the checking in, immigration and security check were all super smooth. The girls were hungry. So we headed towards the restaurants inside. I knew one restaurant that I thought they might like.

We turned left, got past the construction area of the duty free shop and then started cutting across the shop. Just as we did it, I saw somebody walking by. In fact, by her uniform, it appeared that she worked at the duty free shop. Looking at her, I was fairly sure I had seen her before. In fact, I thought I knew who she was too.

I was looking at her to see if it was indeed the person I thought she was – without making it appear too embarrassing. It was a 50-50 situation and I was weighing the options of how to approach her. (It could be really really weird if I walked up to a random young lady and asked her if she recognized me and she said no. I would never hear the end of it from Nikita and Natasha. Or Sharmila, for that matter).

Fortunately for me, she recognized me too!! In fact, she talked first!!!

Although itt was for a brief few minutes (she was on duty), I was able to introduce my family to Anzee. Last time I had met Anzee – in fact the only time I had met her – was in the bar at ITC Sonar hotel. Three and a half years back. She had served me and my brother some wine and I had realized while finding out her story (what else is new? 🙂 ) that she hailed from a place very close to where my sister had adopted my niece.

Nikita took a quick snap of Anzee, myself and Sharmila. It was delightful running into her and getting a quick update on her and her family!! 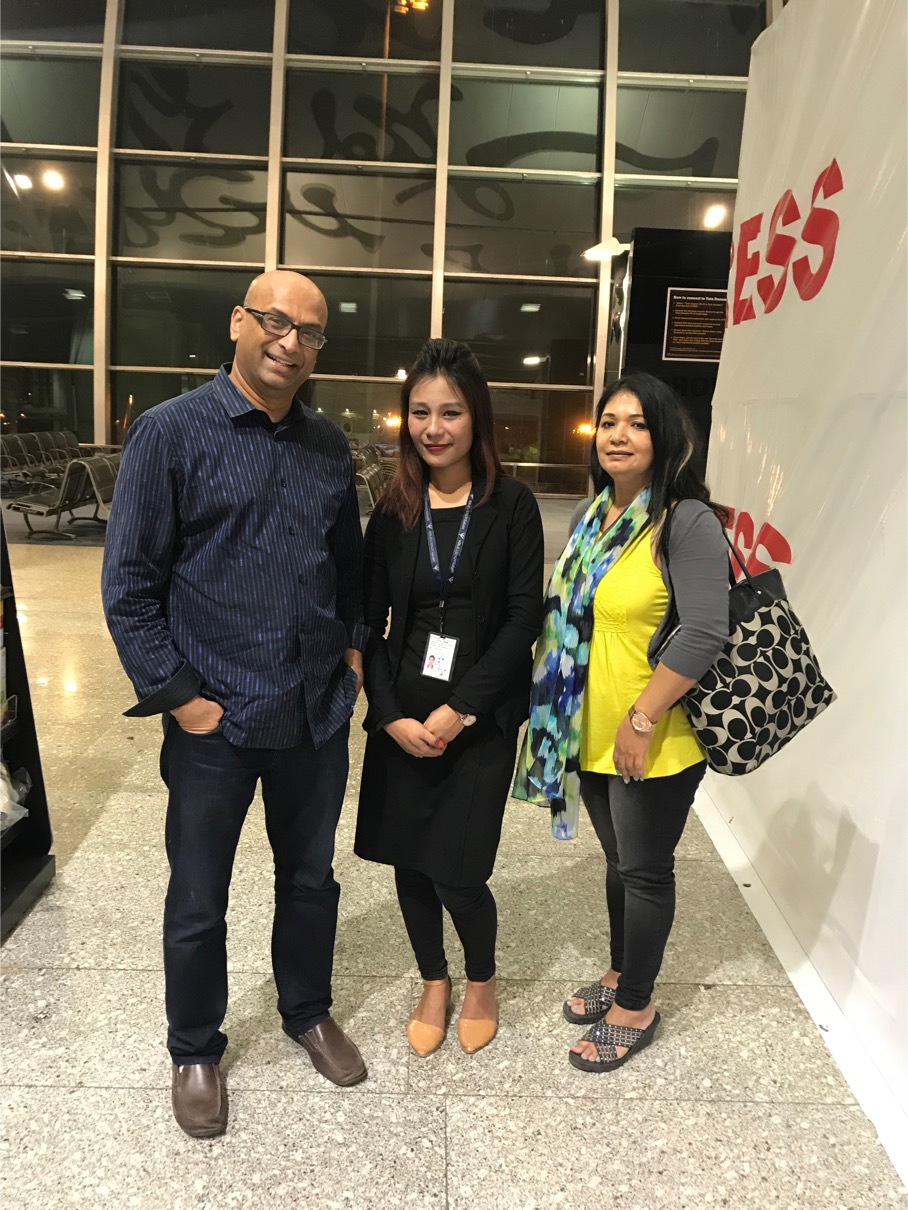