Sharing a lighter moment after 40 years!!

Once in a while, I pick up some mild compliments about my writing style. Mostly undeserved, I must hasten to add. That said, if there are two teachers I lay most of the credit for my writing style, it would be Mrs. Debjani Biswas (ninth and tenth grade English teacher) and Sir Kelvin Donegan (my fifth grade English teacher). I was lucky enough to meet Mrs. Biswas this year in Pune.

The search for Sir Donegan was much tougher. Most of the teachers in school – in fact all of them, I would say – did not have the faintest idea about his whereabouts. Worse, I had heard rumors that Sir Donegan was no more. Because of that rumor, my intensity to search for him had reduced too.

Earlier this year, I found somebody who said that she goes to the same church as Mrs. Donegan every Sunday. And she confirmed that the news about his death was largely exaggerated. A few weeks later, I had a phone number in my hand.

As is my wont, I opened with the breaker-of-all-ices “You won’t know me sir….”.
He duly confirmed that!!

I quickly established my credentials by giving him some of the details from 1977.
If his words were to be believed, he was beyond delight to hear from one of his old students. Apparently, I am the only student from yesteryears that he has had a chance to talk to in over 30 years.

Turned out Sir Donegan left school and embarked on a completely different career in the merchant navy. Which meant, he was always out of the country. Eventually, he went back to his first passion in life – growing plants! He is into hydroponics and lives near the farm in Himachal Pradesh (1250 miles / 2000 km away from our school).

The most encouraging news I had from him that day was that he still visited his old house in Durgapur every year during Christmas / New Years time. You can do the math now… went to pick up my in-laws… thoroughly delayed on the highways… there was still some time to be squeezed out to see Sir Donegan!! Last time I talked to him? 1977! 40 years back!!

To say I had a great time would be a gross underestimation of the exhilaration I had upon seeing him. He had a great influence on me and most of the students. (I had written about him on a blogpost dated Oct 30 this year while discussing the controversy around the word “stoppage” – in case you wanted to look it up in my blog).

I updated him on all the teachers from school, learnt a lot about hydroponics and also the adventures he had in his life while traveling the world with the merchant navy.

The facial expressions should give you a good idea about the fun that was had!! 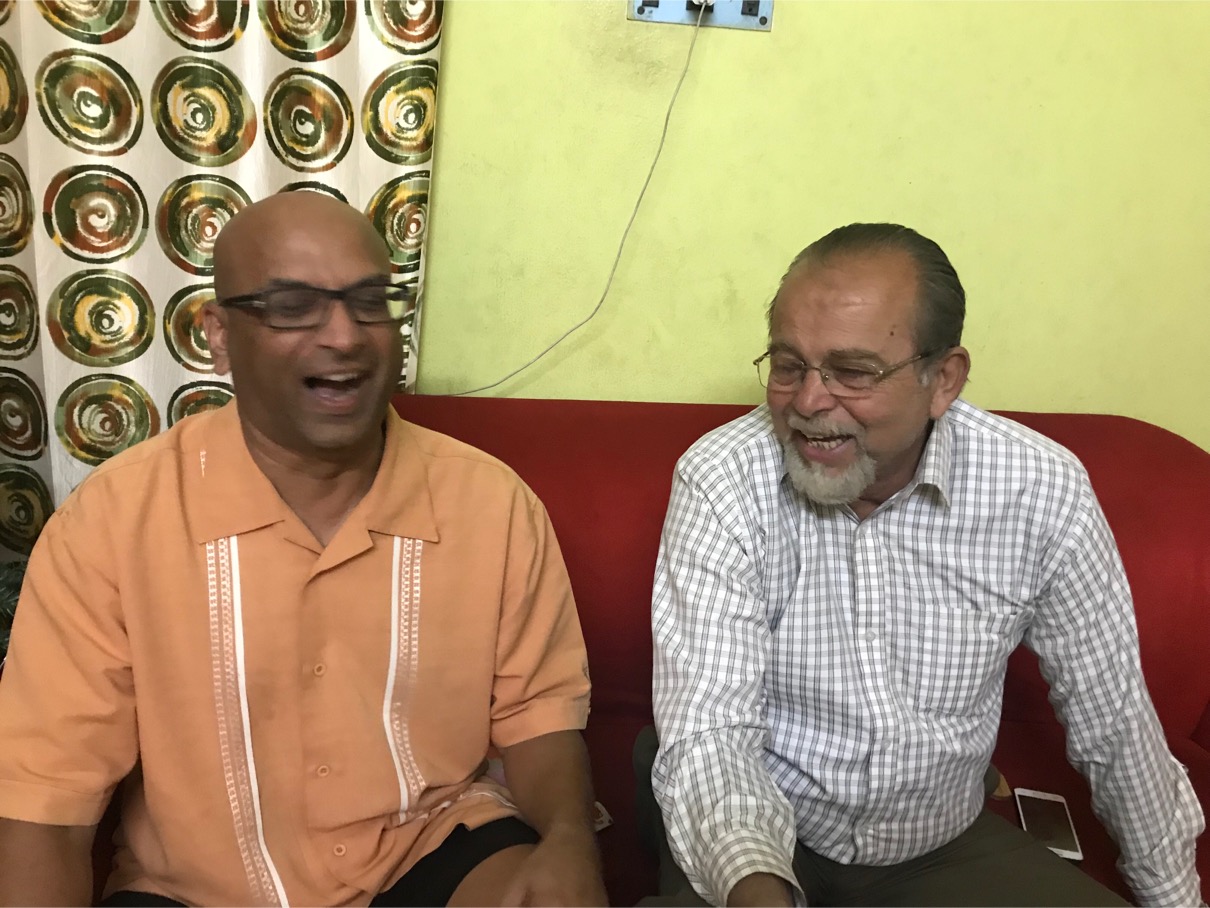