Another moment created for the kids!!

Most who have been lucky enough to grow up with grandparents around them will vouch for their undeniable influence – especially in the early stages of childhood. While the advent of modern economic growth started breaking up joint families in India, kids – in most of the cases – maintained reasonable access to their grandparents.

I was lucky to see mine every year. I had only three of them. My dad lost his dad at his tender age of two and a half. My recollection of my grandparents is still of their incredible kindness and generosity towards us. It was as if, as grandchildren, there was no demand too steep and there was no infraction that were punishable in the least bit.

Nikita and Natasha, having been born in the USA do not have that easy an access to their grandparents in India. There was a time we used to come every year to maintain the routine I had with my grandparents. Then that stopped as they grew up and their life got taken over by…. well, life!

You can only imagine how excited I was that this time when both of them expressed the desire to visit their grandparents. One of the moments I was hoping to create – and that is something that had happened only once in my life time for myself – was to see if I can put both them with both side grandparents together under a roof for a day.

That explains the tiring trip to Durgapur and back (a total of 12 hours of driving – we got stuck in a couple of nasty traffic gnarls on the highway) to get Sharmila’s parents. And then after staying over in Kolkata for the night, we were all in Kalyani at my parents’ place!

The smile on the faces pretty much captures it all!

P.S. My dad was thrilled to talk to somebody who is from his old city Durgapur and he had a lot of questions around how the city has fared ever since he left! 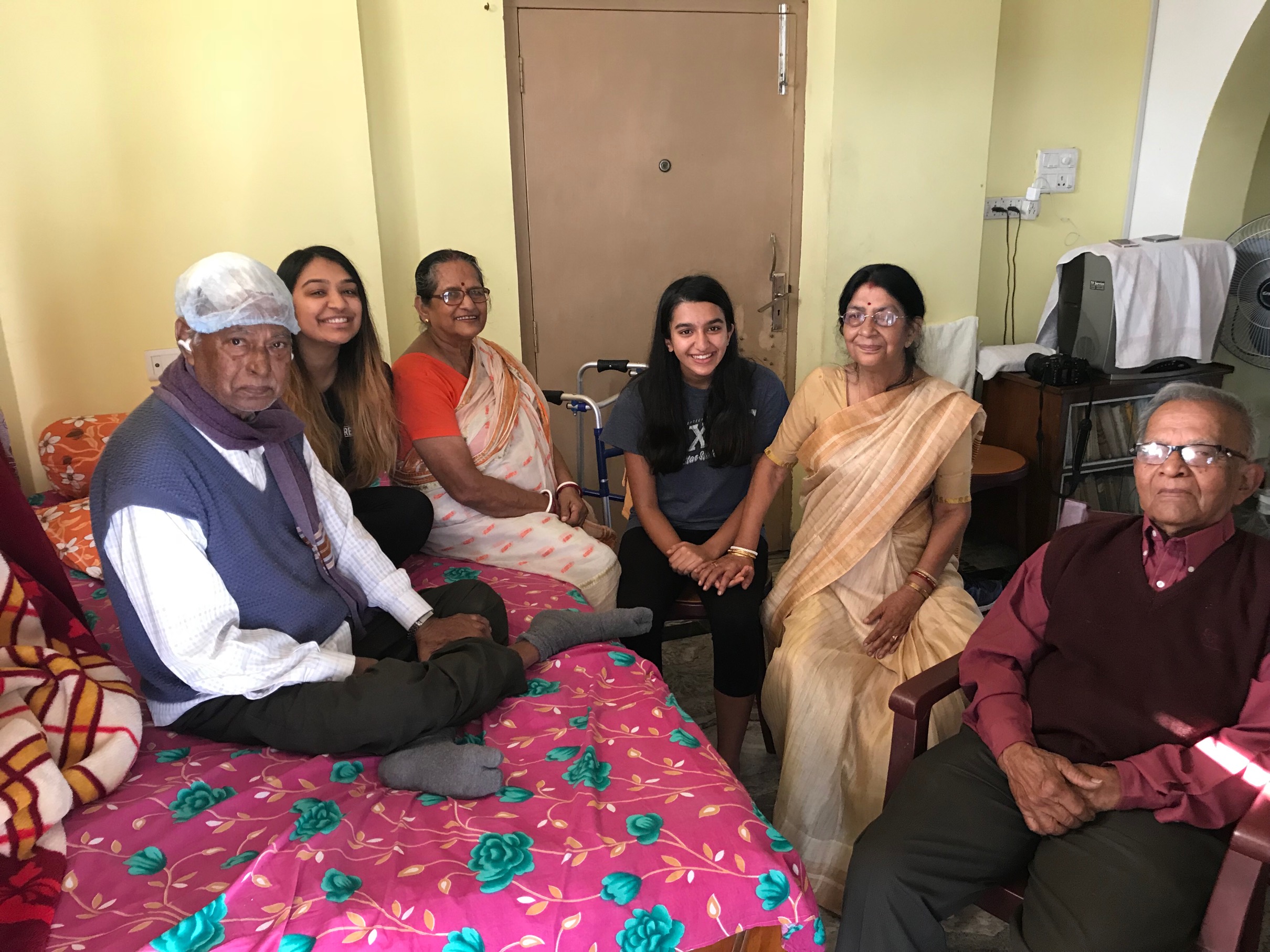