Usually, at least in our house, the iPhone is a constant source of irritation when it comes to interpersonal interactions. “Get your nose off the screen”, “Keep your phone down while eating”, “Stop posting those unflattering pictures of mine” 🙂 are part of the day to day vernacular when the four of us are around.

That same mighty piece of electronics has been a hero, bar none, to my parents, the last couple of days.

Natasha has kept up with her word to be with the grandparents. Every day, in Kalyani, she has been quietly sitting around my dad or mom. When everybody else is around, she has been watching all the interactions and when others leave, she has been trying to interact with my parents.

The big challenge is of course, language. As was famously said before, her grandparents and she has been separated by a common language. They speak their own versions of English. If my parents speak at a struggled pace, Natasha’s speeds thru sentences like there is not going to be a tomorrow.

But I have to say, I was superbly impressed how she and the grandparents persisted thru their communication challenges. The lowest common denominator has been the iPhone. My dad has always been a biggest fan of Natasha’s written English. He makes me bring her newspaper publications every time. But he has never understood what an online newspaper is. Once, he came dangerously close to concluding that the newspaper man delivers a computer to every home each morning in America!

Unknowingly though, he experienced it yesterday. Trying to figure out how to keep him engaged, Natasha had an idea! She took her iPhone out, weaved thru the slow speed data connections in Kalyani and made him read some of her online publications. Then she held the phone up for him patiently, as he read each line!

At that point, to give them some time, I left the room. When I came back, Natasha was holding court with her grandmom. My mother is not into written articles. From what I could overhear, Natasha was taking her thru all the pictures in her phone and introducing all her friends!

“This is Avery”, she was explaining.
“O Eta aay-bh-aari”, my mom acknowledged butchering the name’s pronunciation.
“Yes”, Natasha accepted.

I left the room again! The girl has truly grown up!!

The iPhone, unwittingly, was the great uniter yesterday! 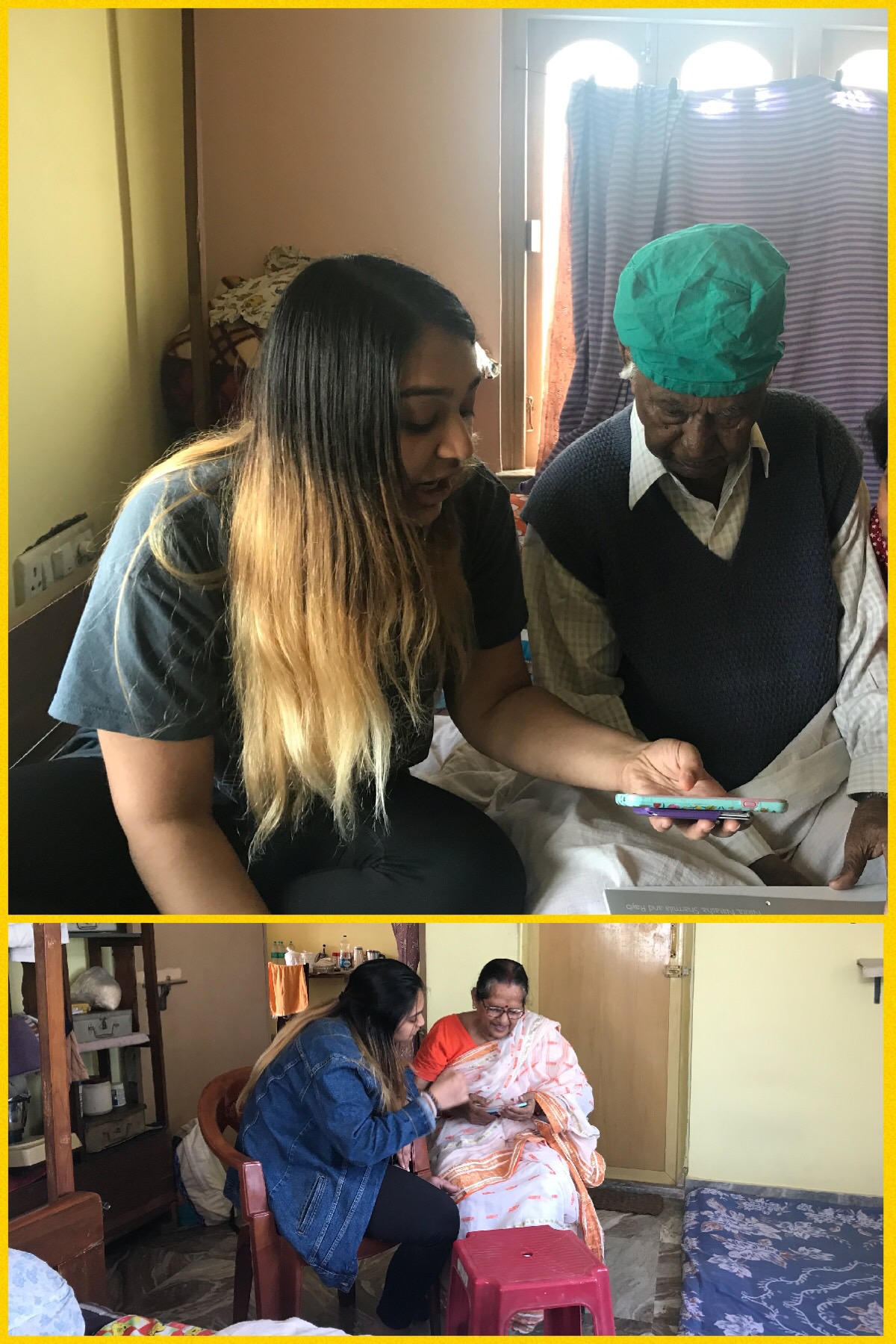