He has been preparing for this visit from his grandkids

The big surprise we got when we walked into my dad’s house is how much he has improved. If you recollect from my pictures from end of October, he was in a pretty bad shape. He could not stay up in his bed without being surrounded by supporting pillows and two attendants. It used to take two of us just to get him off his bed into his wheelchair.

In under sixty days, he has willed himself into almost the impossible. During my daily calls with mom, she did not accurately convey how much he has improved. Apparently, he has been preparing for this day when he was going to be surrounded by all five of his grandkids!

A few weeks back, he could not even realize that his paralyzed right arm had gotten entangled under his body. Today, he tried playing ball with his grandkids. It took all his might to get the arm up (notice the grimace on his face) but lift it he did and even did a fair job of throwing it out of spitting distance.

The greatest surprise was he getting up from the bed while holding on to the walker (needed a little help here) and then taking baby steps all by himself. He labored for about ten minutes but did eventually make it to the other room and sat down there.

That green cap on his head? There are always risks of trying out something new. A few days back, he was so impatient with his progress that he tried to get up and walk by himself without any help (mom and attendant were both sleeping). Promptly fell down and banged his head. Very very thankfully, he got away with a few stitches only. It could have been far worse.

As a last point, during my previous trip, I had written about the pains the caretaker (in this case my mom) has to take when a family member becomes incapacitated . Notice in the picture where he is taking baby steps how she is half a step behind him with a chair in hand absolutely ready in case he falls down again!!! 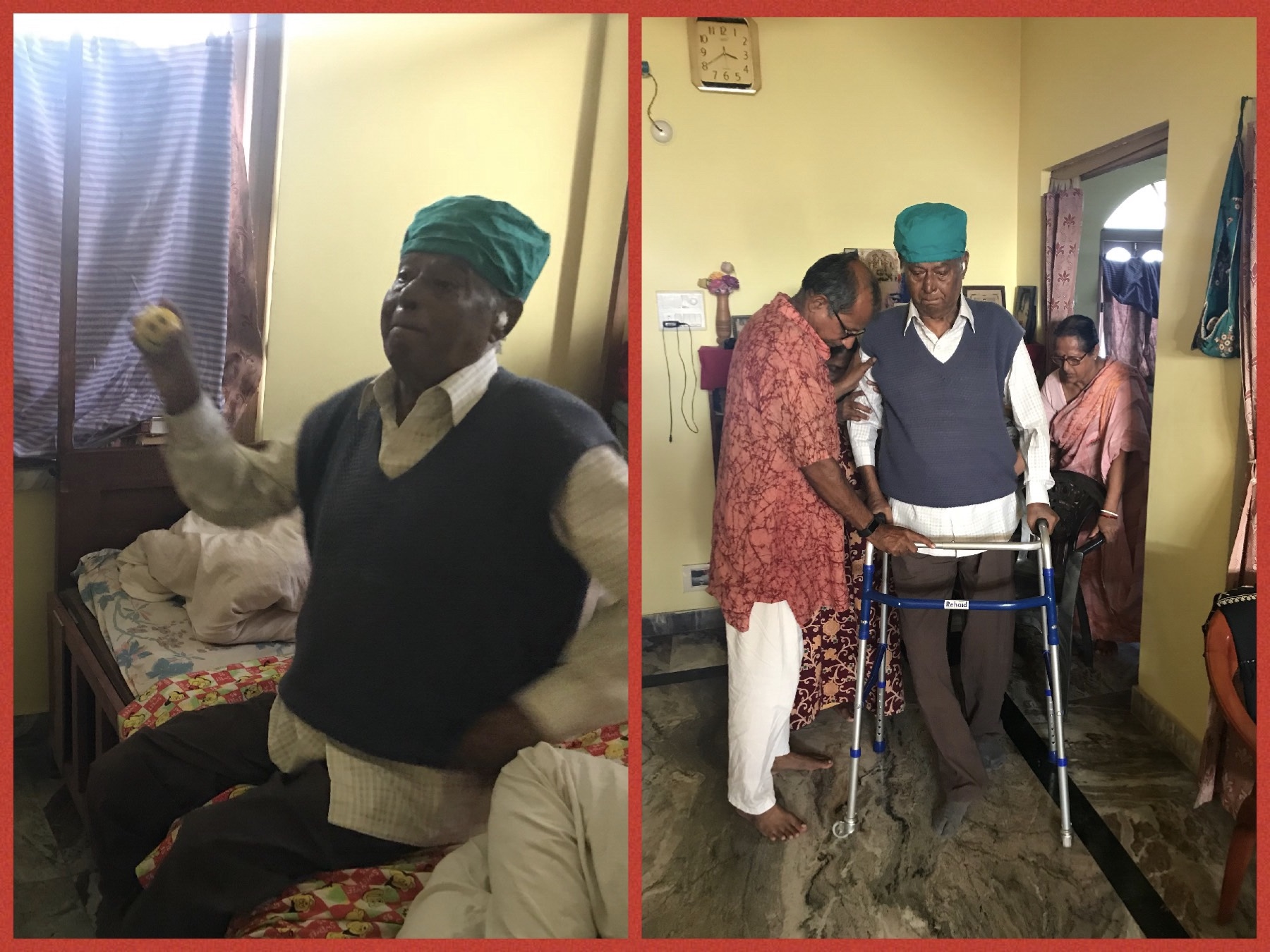