Since the whole year was spent on researching and tasting gins from different countries, I took a different tack and went with a Vodka theme. It was mostly Bengali people, the cocktails were tailored to the usual Bengali tastes. The first cocktail (BGJ) was mostly to cater to the tropical climate spicy tastes – had ginger, jalapenos and basil leaves with vodka. The second one was for the ones who like aniseed (very commonly chewed by Bengalis after dinner). Called a Samtini, this had vodka, Anisette liqueur and a dash of blue curacao. Then there was the Pineapple upside down cocktail – with vanilla vodka, pineapple juice and grenadine for the never failing sweet taste buds of the Bengali tongue. And finally to cater to the modern health conscious Bengali – who would like to have the whiff of sweet taste but not much sugar in it, I had the Harrington – which is vodka, orange curacao and a little of green chartreuse.

This was my last party mixing drinks for this year. Thanks are due to Joyjit and Baisakhi for letting me do it. 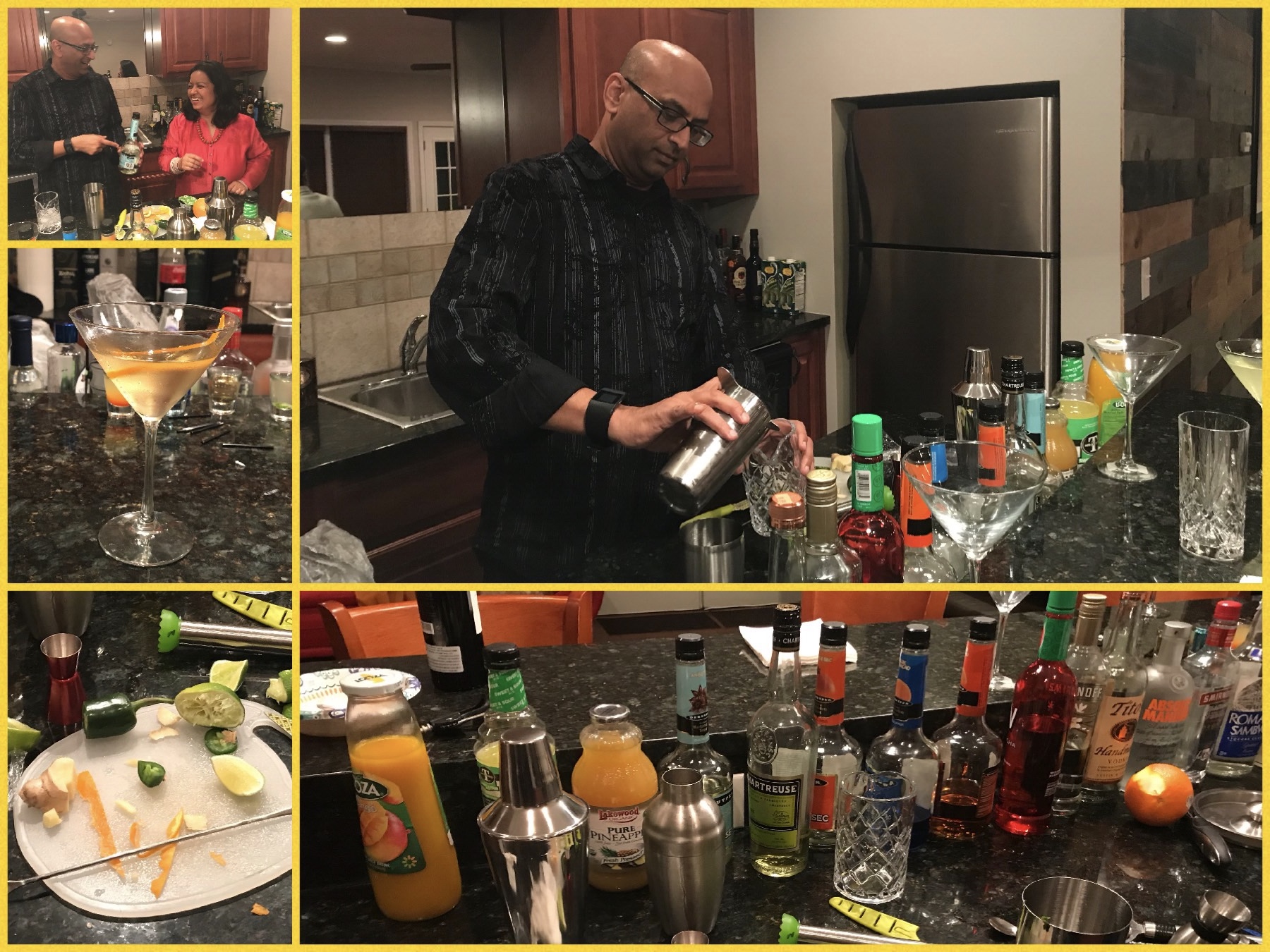