Is there such a word? What do you think?

Back in 1977, Kelvin Donegan was our English teacher. With his blonde hair, fair skin, smart dress, sharp goatee and a motorcycle to boot – we, the fifth graders, were in awe of him.

When he said something, we listened. And remembered.

One day that year, one of my classmates (I forget who it was) had used the phrase “bus stoppage” in one of those “make sentence” exercises. “Bus stoppage” was (and I suspect still is) very commonly used in Bengal. Not sure of outside Bengal.

In any case, Sir Donegan had firmly told us that there was no such thing as “Bus Stoppage”. That is a made up word by Bengalis. Ever since, I got used to saying and writing “Bus Stop”.

While being driven to the airport a couple of days back, I noticed this sign along EM Bypass (these have been put up for the FIFA Under 17 World Cup being held in Kolkata).

I realized that “Bus Stoppage” is still alive and kicking in Bengal.

Just to be sure, quickly checked Google. Apparently, “stoppage” is a perfectly good word. But looks like “Bus Stoppage” may not be.

Any opinions out there? 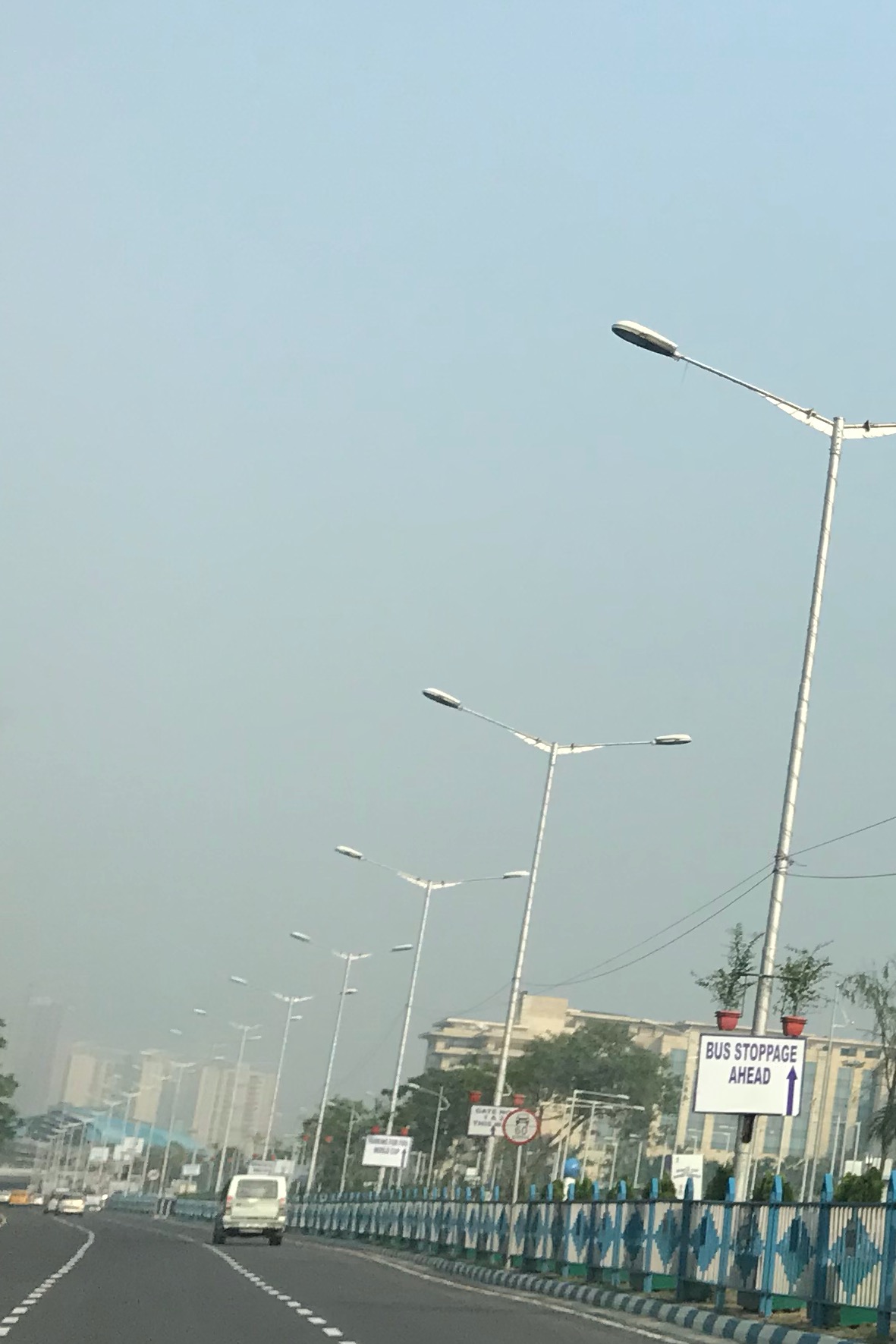