Day 2: Glimpses of his old self

The morning was relatively better and then it quickly deteriorated from there. However, on the brighter side, he slept well last night. Which means, we all slept well!!

In the morning, I had put him in the wheelchair and wanted to take him out. But we got completely stalled by the steady and heavy rains. We were all rained in for the entire day. I had brought him out to the living area and had him sit around with us.

In a glimpse of his old self, he asked for the newspaper. Between my sister and myself, we folded the newspaper and turned the pages occasionally for him. I could see him intently and slowly read the words. And then he would lift his head up and stare at space like he was thinking something or trying to remember something from the past.

Eventually, he slept off in his chair with the newspaper in his hand. 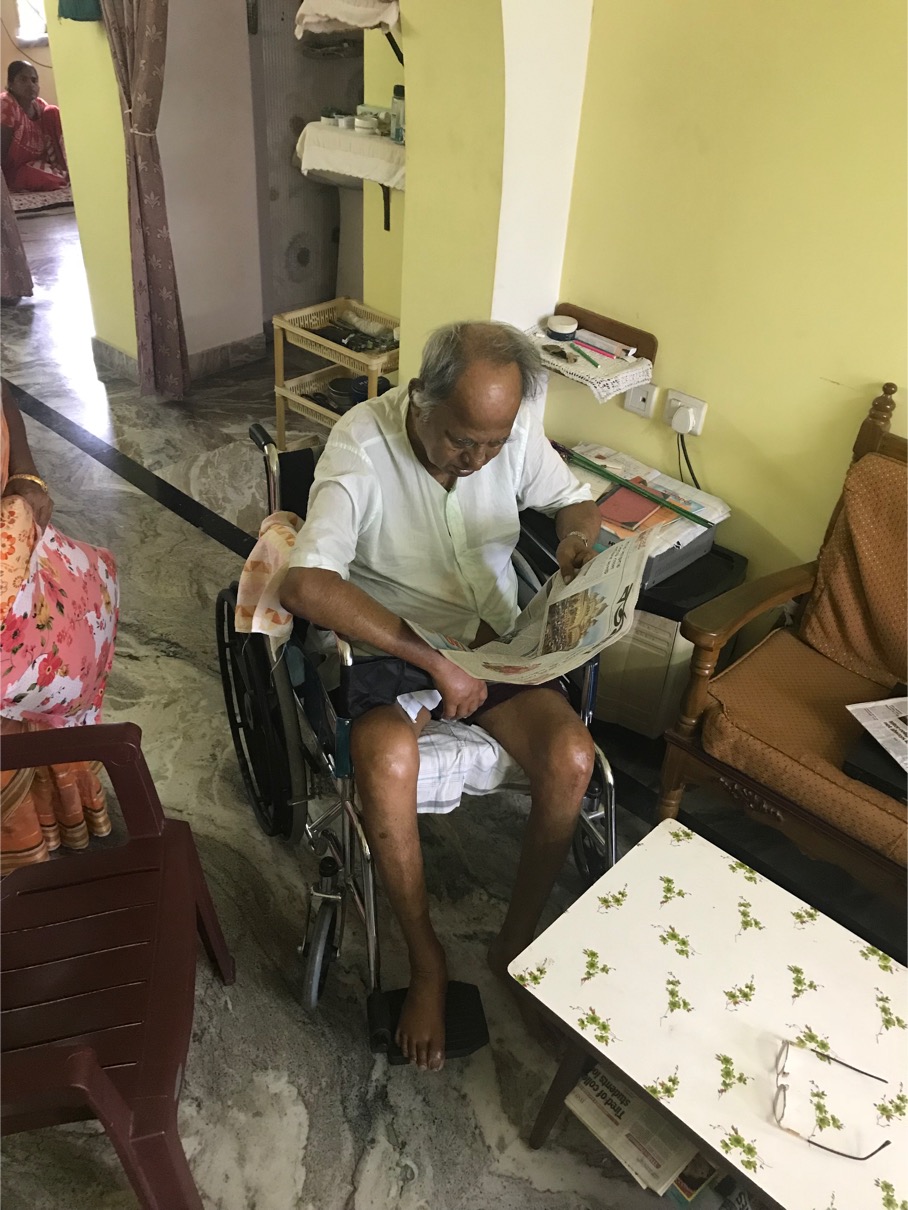