Thanks for not spilling the secret!!!

That was quite a surprise sprung on everybody. In fact, most had not noticed me even when I walked in straight to the inside room where my dad was. The two assistants were on the bed holding him up and my mom was feeding him. She had her back towards me – she had no idea I was there. And the two assistants had no clue who I was either. I stood there for a couple of minutes or so when my mom looked back and got the shock of her life!!!

My dad’s condition is pretty much what you would expect from somebody who has had a brain stroke. He was able to recognize me but telling my name was quite an effort. For the next hour or so, I realized that he had lost his ability to lay down or get up by himself (his right side is paralyzed) and quite some of his faculties around memory and speech are gone.

But most painful is his realization that he has lost complete independence. His deep sense of helplessness – even simple things like he inability to express himself – is visibly driving him to tremendous frustration and anger.

I finally remembered something that I had learnt while visiting my friend – Samaresh’s dad. He was totally quiet till I had shown him a picture of his granddaughter in Atlanta in my phone.

As an aside, every December, I make one of those large twelve month Apple calendars – with pictures of Natasha, Nikita, Sharmila, Jay Jay (the dog) and myself (especially of our vacations) from that year and send them to my parents. And my dad, dutifully, puts them on the wall and often asks me about those pictures.

This morning, I brought down all those calendars and then started showing him one picture after another and asked them to recognize the people. Each picture was an effort. Many times he gave up (his choices were restricted to only five names). He missed me most of the time!! Recognized Sharmila, Natasha in all and then after an initial struggle with Nikita’s pictures, started consistently recognizing them.

Took us almost an hour to go thru one calendar!!! 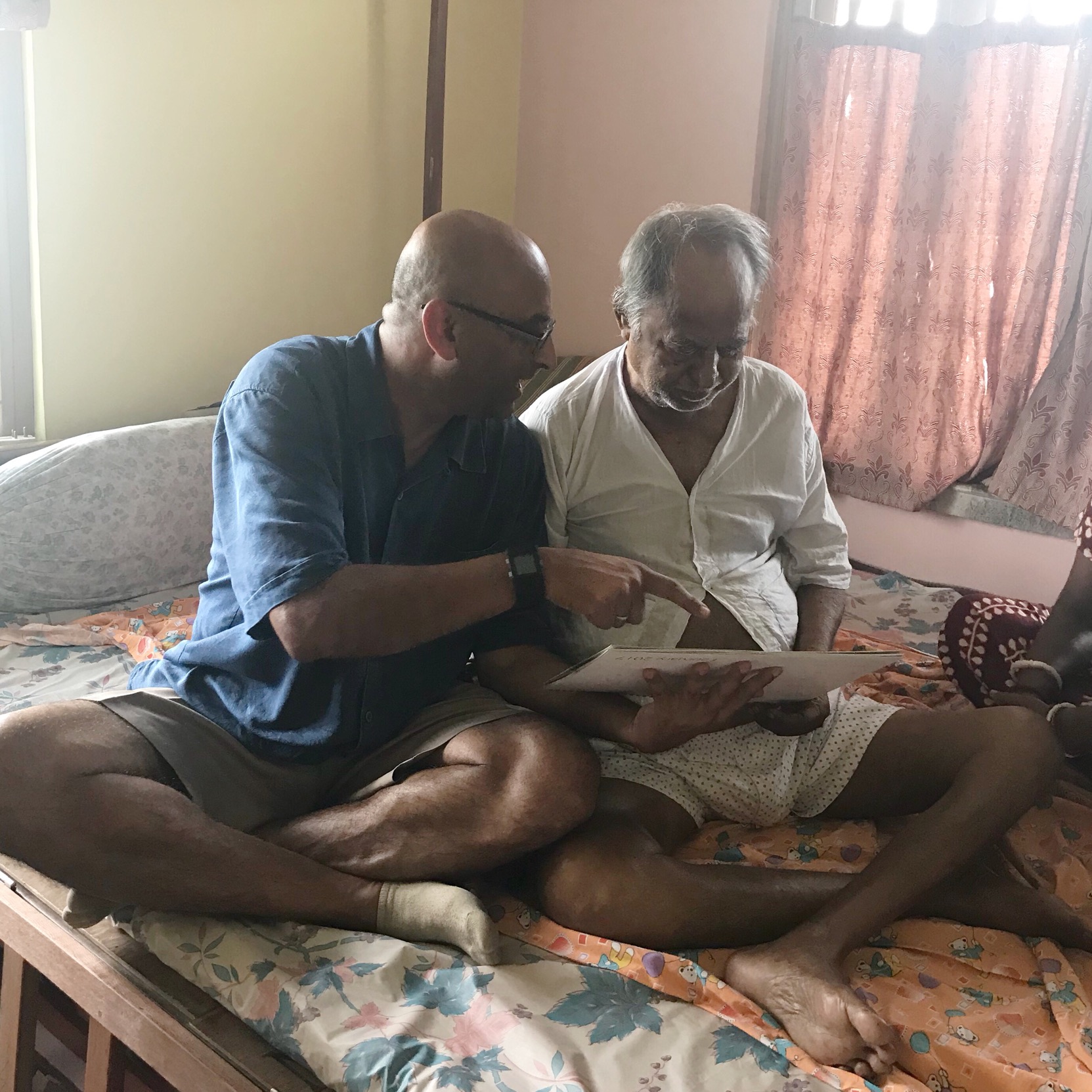