It was to run
On Rosewell Parade Day
Hey! 🙂

Speaking of “Hey”, I had a “Hey” moment once I reached the racing start line. I had forgotten my Garmin. I had absolutely no idea what pace I was running in. Which was very disconcerting since I could not time myself and make sure I had enough energy to finish. I had no other option but to just let go and run at will. After the second mile, I was starting to run low on energy (I was sure by then that I had clipped faster than I should have). There was a lady running near me and I just decided to keep pace with her. But at the second hill, she slowed down. Saw another guy around my age up front – and paced up to catch up to him. And then hung on to it till the end of the race. We paced each other and encouraged each other – especially around the hills.

At the end, he came up to me and we chatted for a long time. Turns out Mike Jacobs started running in 2005. Which is when I did too! His eldest daughter is in Manhattan! As is mine!! Like I said, we talked for quite some time, became good friends, got a picture taken and then promised to run a 10 mile race in November in Atlanta together. Actually, he is running anyways. I told him I will join him. We were wondering how we could spot each other there on that day. “Come in your orange shirt”, he said!!

I will admit, it is a little loud 🙂

I will have to wait for the official results. I did not want to wait – instead, went to see the parade and came back home. But as I crossed the finish line, I noticed the clock tipping over 26 mins. So, it is probably 26 mins and a few seconds. 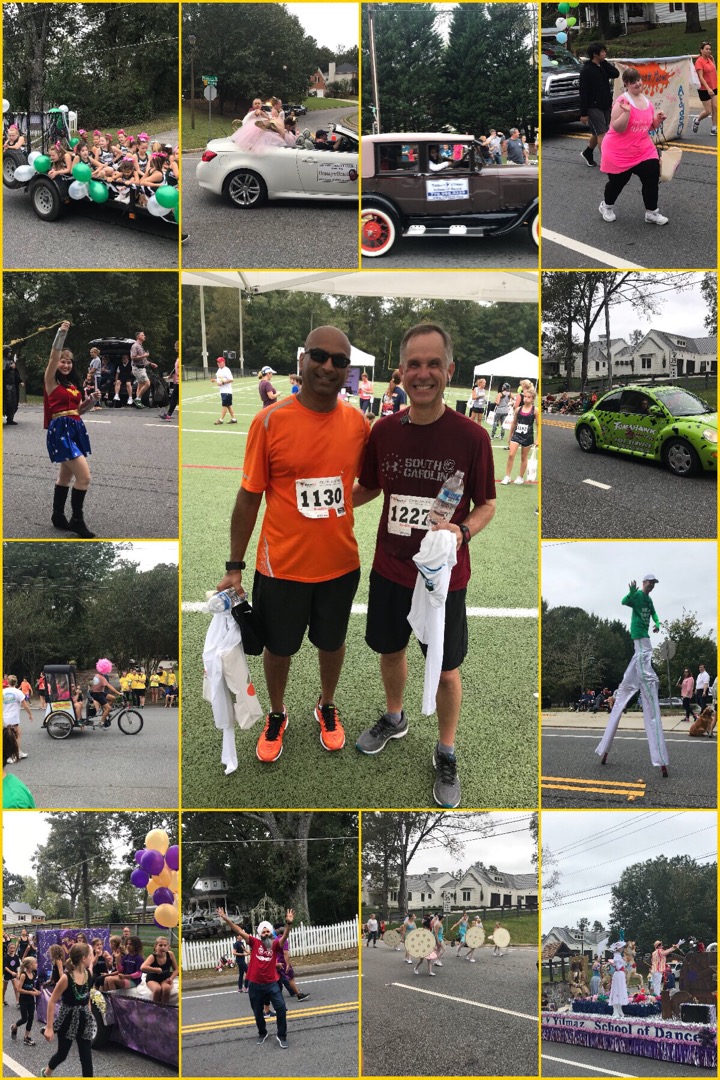