As we snaked thru the dirt roads closely hugging the waterline on the north eastern part of the island, we came up on this large area called “Rock Wish Garden”. As you can see from the picture, people pile on rocks in triangular formation. Apparently, you make a wish for every rock and its brings good luck to you.

Note that there is a concern raised these days around dislodging the rocks from their normal place. 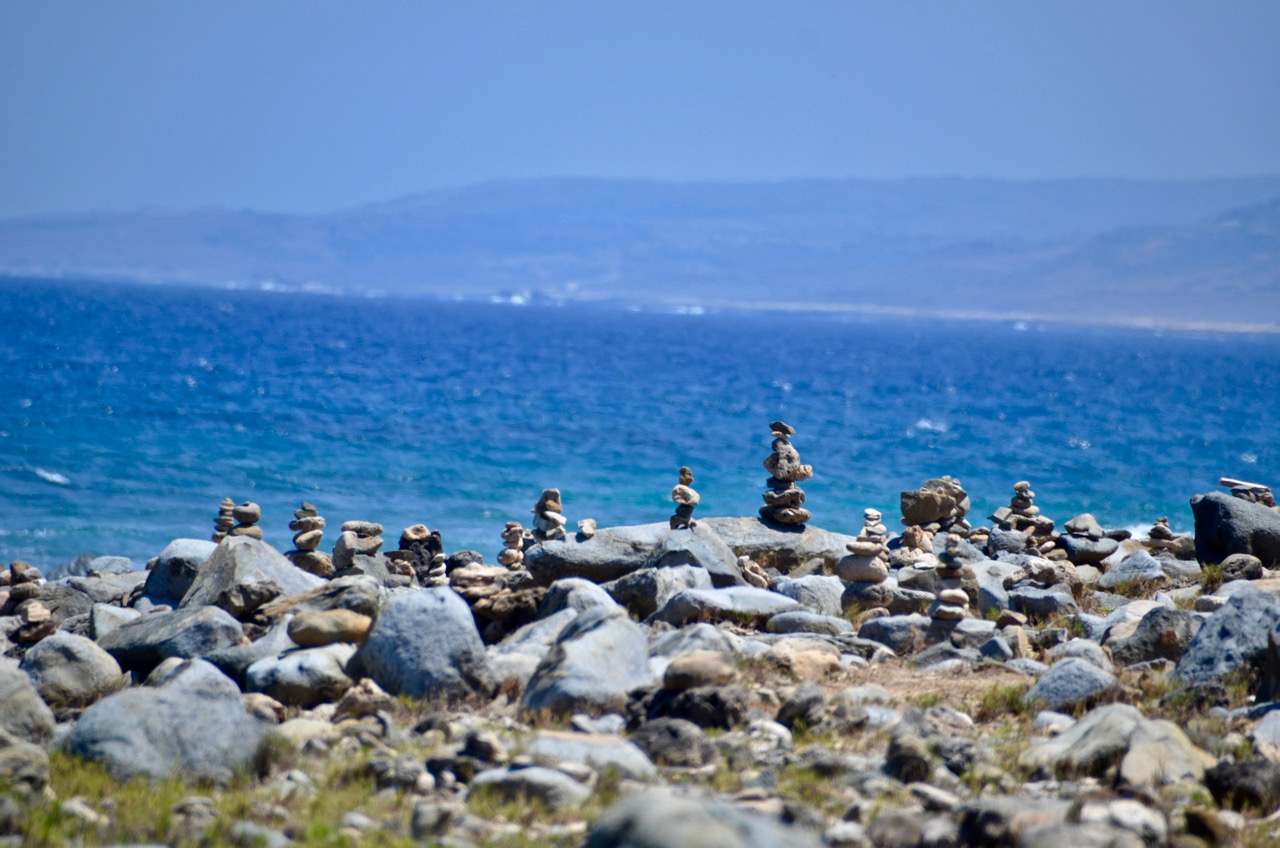