We finally reached our destination after living thru all the rugged terrain. The first church or chapel ever built in Aruba. Unfortunately, this is the not the original building – it was destroyed. This is the newly built one in the 1950s.

One thing I never realized before I bought the tickets to Aruba is how close it is to Venezuela. Literally about a few miles (around 20)!! The original inhabitants in this island were the Arahawk Indians who came from Venezuela. Much much later, in the mid 1700s, a missionary came from Venezuela and built the original chapel. That chapel was also the place where all the local Indians were eventually converted to Christianity.

The reconstructed chapel (as you see here) is rather unremarkable. Very small and eerily quiet. You can see the ocean behind in the distance. But because it is at a high spot, you get a great view of the landscape and there is a constant wind here.

Also, there was somebody else selling green coconuts there!! 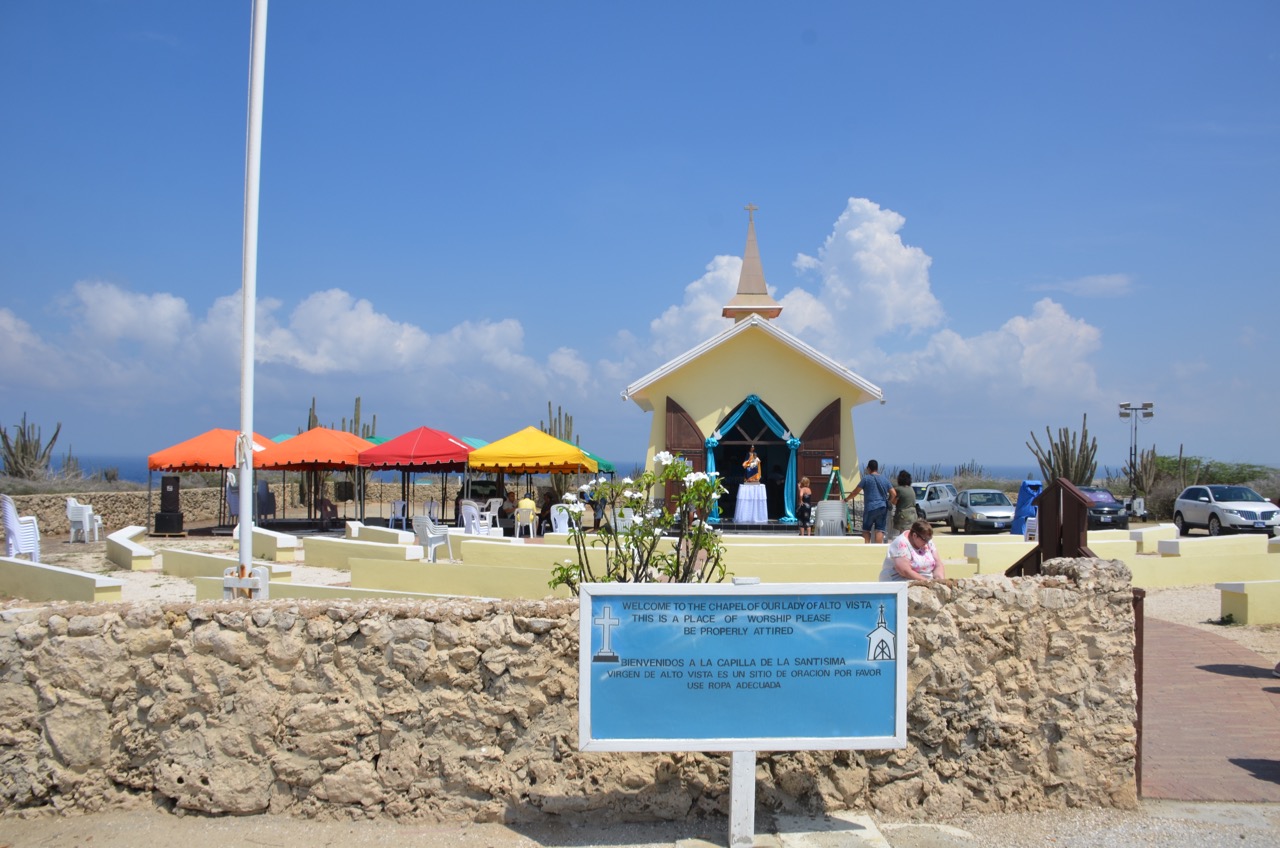