Exploring the island – The north west side

From the lighthouse, we started off roading. The dirt road was pretty dangerous at place. I had to plod along at about 10 miles per hour. I am not an excellent driver – especially on highways – but I am certainly more confident of myself on dirt roads and broken roads. And this one took all my attention and ability to maneuver. A couple of times, I had to back out and look for alternate path. The problem was that there were parts of the roads that were under water. There must have been some rains and the water just could not seep thru the hard rock. And I had no ability to decide how deep the water might be. Eventually, we made it though.

We stopped a couple of times on the way to look at the ground and the water. Here, I am standing on rock hard surface that has been washed and eroded by the water over eons and mostly ends in cliffs. The waves on the north side is decidedly bigger and were constantly lashing at the rocks. The water seemed deeper too. 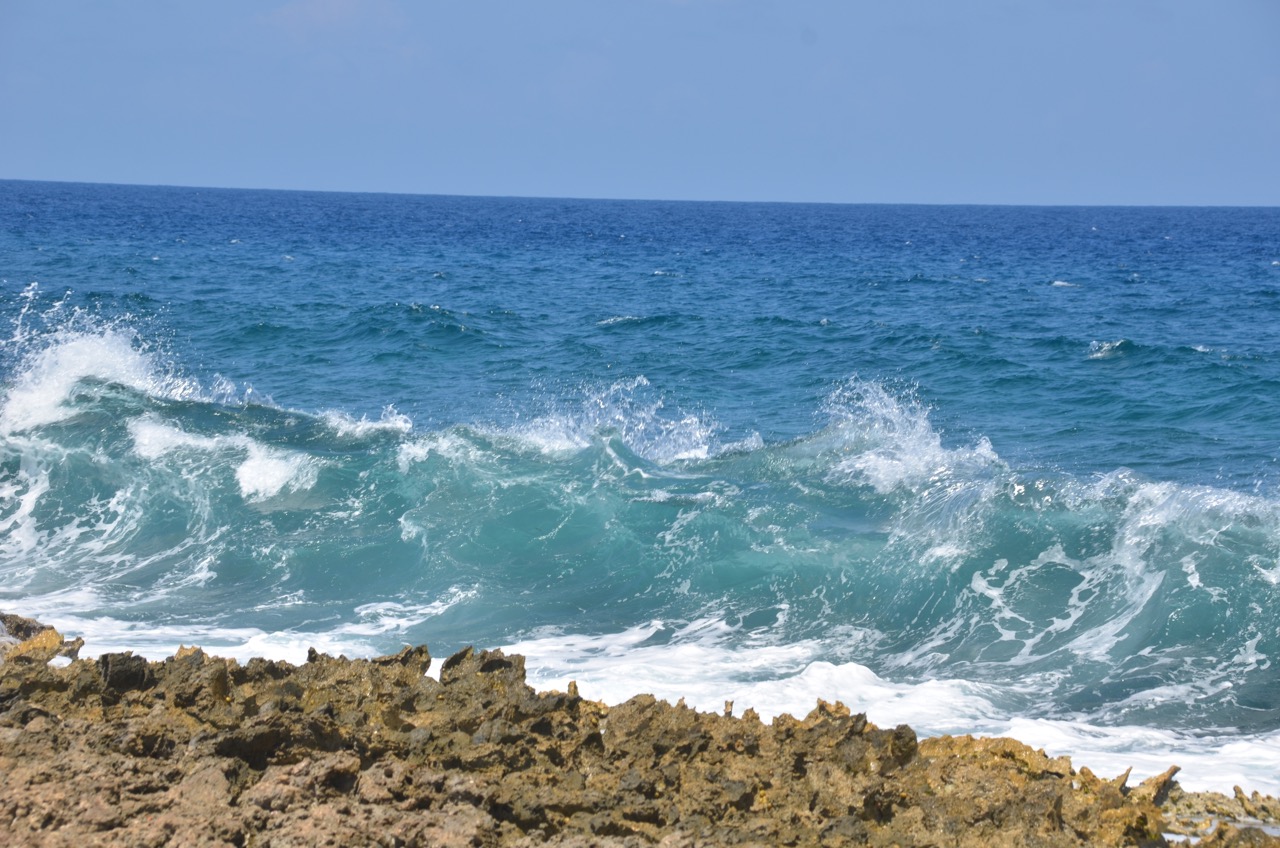