As the constant heat of direct sunlight beat mercilessly down upon us – only to be relieved by the air conditioning of the car, the first thing Sharmila spotted upon reaching the lighthouse was not the lighthouse itself. But the guy who was selling “daab” (Bengali word for green coconut)! I am sure that triggered off a lot of memories from the early days in India!

She not only got the guy to open up the coconut after she was done with the water so that she could eat the whatever that inside white mushy thing is called – she even got a curious Nikita to try it out!! 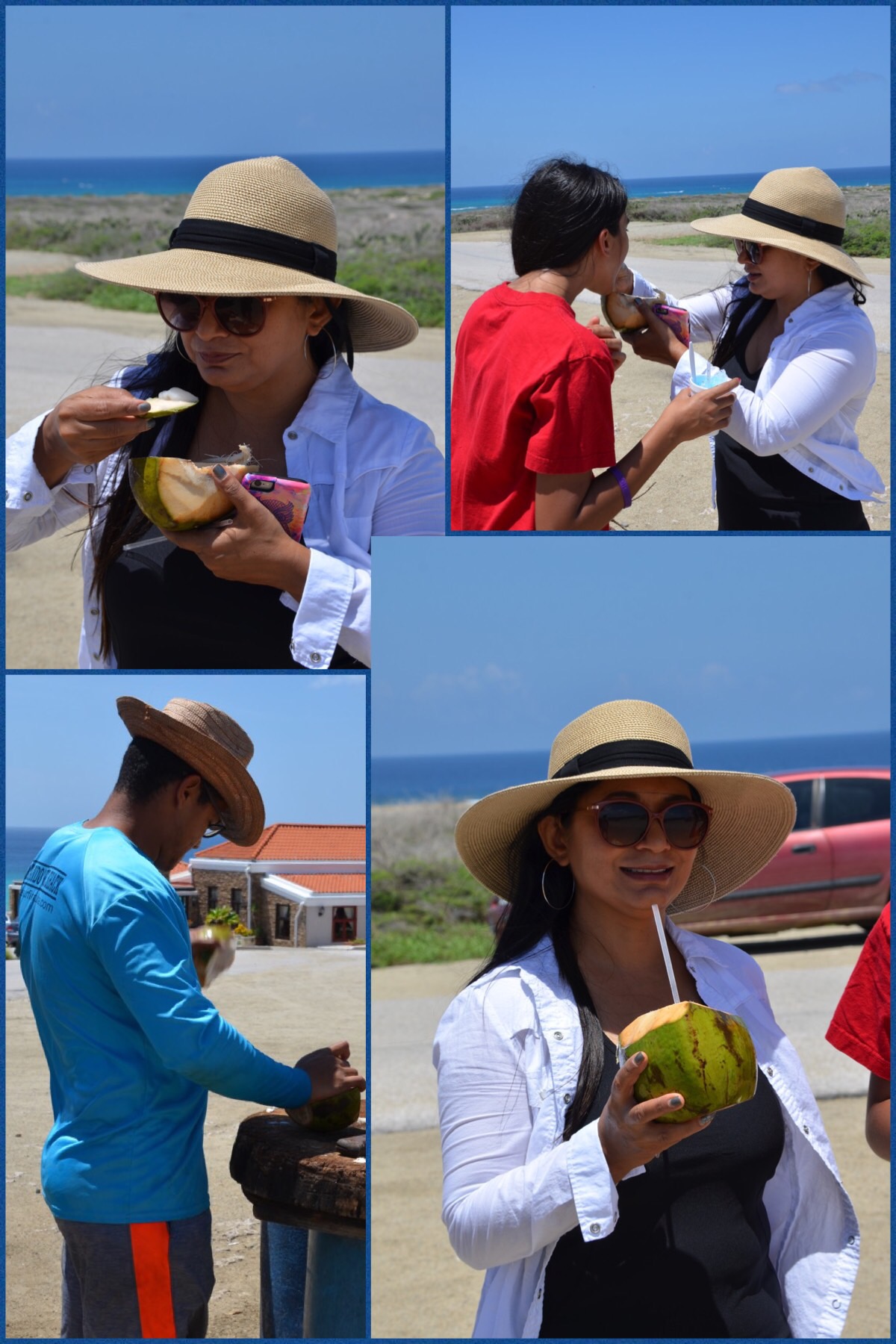