Sharmila had signed up for this run and got me to sign up too. (BTW, she is also the person who got me into running in the first place back in 2005). Anyways, met a lot of friends who had come put in a run/walk and raise money for underprivileged children. One of the rare races where the three of us who used to run together – Amitesh, Samaresh and myself – almost ten years back showed up together again. Unfortunately, Amitesh had to get back to his tennis match after the 5K race. Never got a chance to take a picture with him. Samaresh and I – both put in 10K.

The course was very hilly. Over that distance of 10K, we climbed up about 50 floors according to my Fitbit. My time of around 53 minutes was good enough to get the second place in my age group. 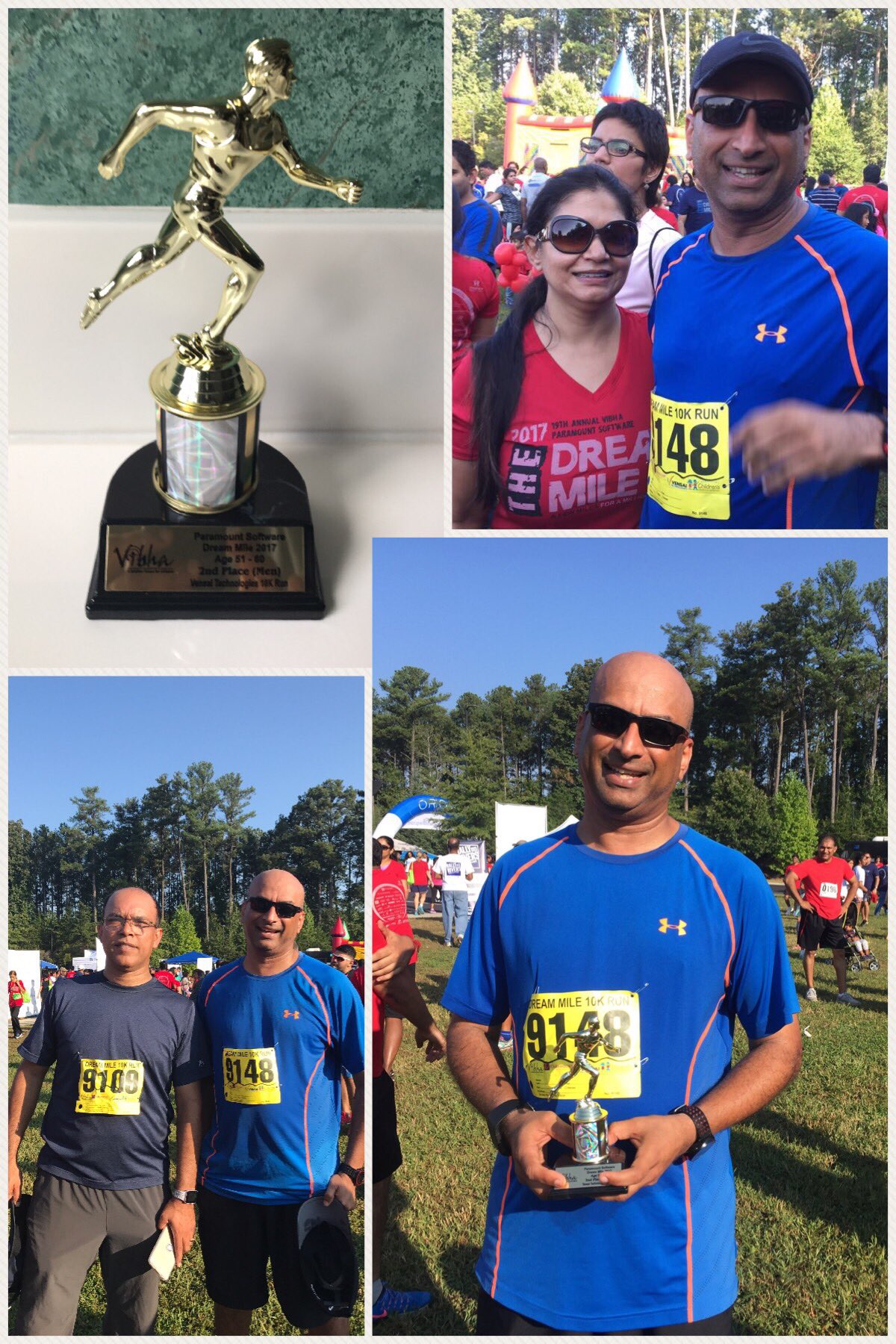