I was almost done with the whole trip. This time, there were a lot of intersection points that I was able to create. It was 6PM in the evening and I was very tired. I was going to leave the hotel around midnight to catch my flight. I decided to take a quick nap.

The next thing I knew was that the hotel room phone was ringing. It took me a few seconds to realize where I was – I was so deep in my sleep. It was almost 9PM. The voice on the other end said “Your guest is here”.

I suddenly remembered – my classmate from MBA days – in fact we were next door neighbors in our dorm for the entire period – was going to drop by. I quickly got freshened up and ran downstairs. I almost missed him in the crowd. I had a mental picture of Anand Makwana from 1991. The one I saw over 26 years later has dropped a lot of body weight. And looked much much younger!!

You know you have made some good choices in friends when you realize that they would fight through Delhi traffic for over two hours just to spend some time with me. This, after unfailingly waking me up every morning, but for which, I would have certainly missed the first class!

We caught up on a lot of things – his family, his parents (turns out his mom passed away soon after I went to see her when we were still studying) and his professional and personal life. I was impressed with how much tennis and running he is able to put in in a week.

Some of the best conversations we had was around what are the lessons we have learnt in the last twenty five years or so – both on the professional and personal fronts. It was extremely educational for me to internalize his synthesis of life lessons. Frankly speaking, I am still processing thru his words.

Had it not been for my flight and the fact that he was going to be late reaching home, I probably would have chatted for another couple of hours. Which is what I intend to do next time I am in Delhi… 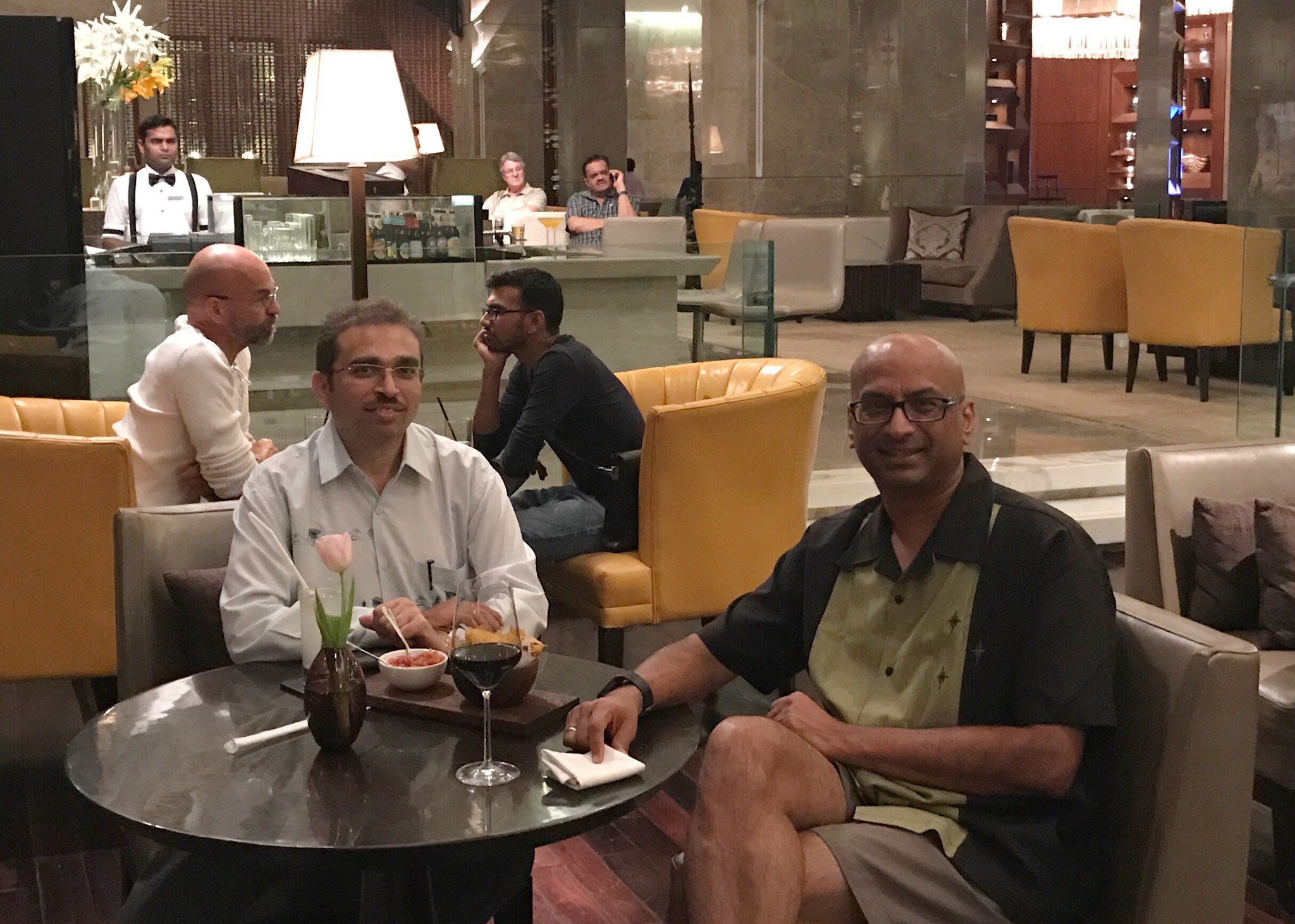