It is barely 6am! And I am exhausted already!!

Today is the last day with my parents this trip. Perhaps, realizing that, my dad woke up early and sat up in his bed. He cannot step out of his bed and sit in the balcony like we used to. I sat next to him and gave him my iPad. He loves reading Natasha’s articles in various newspapers.

It did not start this way. Like every other Indian grandparent, he wanted his eldest grandchild (or for that matter, any grandchild) to be an engineer or a doctor. But once I showed him Natasha’s articles published in a newspaper, he completely changed. Now, he thinks that if you are not a journalist then you are a nobody!!

I usually bring him some copies of those newspapers every time. This morning, I gave him my iPad and showed some of Natasha’s writings on the online version of the newspapers where she was interning in this summer.

A few minutes later, I came back from the kitchen after re-filling my cup of tea. My dad seemed to be a confused lot. Looks like he had seen something in the article and he had a question for me.

In a jiffy, I figured out what had happened. He must have seen that icon for Twitter at the end of the article and his curiosity got piqued. I also figured out quickly that this was not a task for the weak of the heart. I had one heck of a time explaining concepts like blog, Facebook and most hilariously “searching for a groom on the net”. In the past.

As I struggled to figure out how to approach the problem, three sips of tea later, my dad tried to help explain his question…

“Ei je lekhey – Mamata tweet korlen, etar maaney ki?”
Mamata Banerjee is the chief minister of the state (somewhat equivalent to a Governor in USA). So he mentioned that he has read “Mamata has tweeted”. What does that really mean, he legitimately asked.

I made a couple of attempts. With no evident import.

In fact, he looked at the article again. The picture of the bird in the Twitter logo did not help at all.

That is it. I lost all my ability to rationally explain anything. I was exhausted just from trying to suppress my laughter!!

I am going to miss this morning chats from tomorrow… 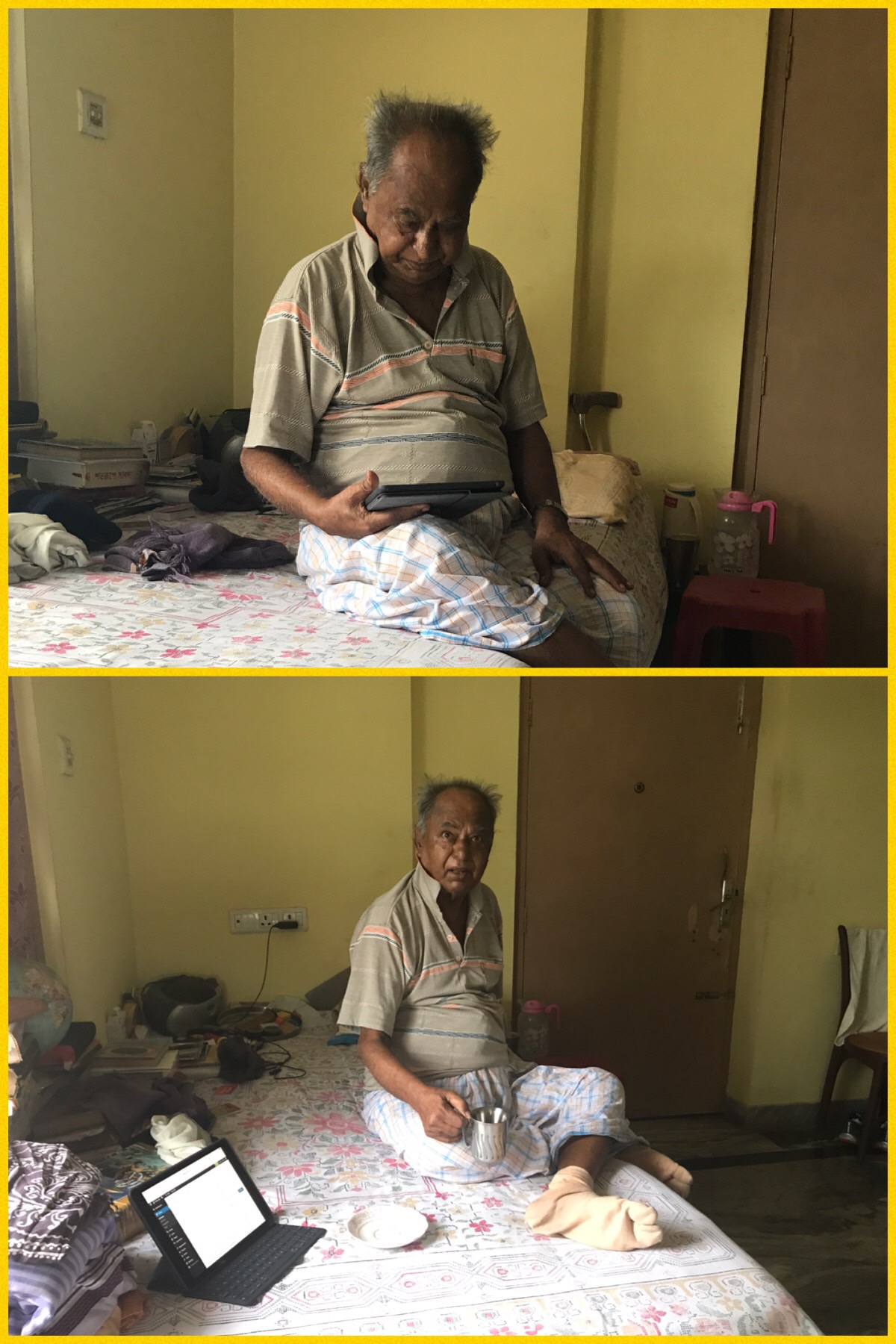