Sparks of his old sense of humor…

After about an hour and half, he finally woke up. “Esey gechhis?” (You have reached already?) he exclaimed and then slowly got up. He did not move from his spot in the bed but carried on with a lively conversation. In fact, he even managed to smile multiple times.

I was pretty surprised that he very quickly noticed the Fitbit my brother was wearing – I got for him this time. (see inset). Of course, he thought it to be simple watch – he has no idea of what a Fitbit is.

“Ghori ta notun kinli”? (You bought a new watch?)
“Dada enechhey” (My brother mentioned that I got it for him)

Next few minutes there was enough confusion in the room as my brother tried to explain to him that it could measure his heart beat, number of steps, miles run and so on. Thoroughly impressed, my father soon had a practical question – “But how will you tell the time?” That is when my brother explained that the device also gave time.

Dad then took a closer look and then had the next practical question – “Kichhu dekha jachche na. Somoy dekhbi ki korey? Side-er switch tiptey hobey naaki?”. Looking at the blank screen, he was wondering how was by brother going to tell the time. And then he guessed that the push switch was probably put in for that.

Now any one of you who use Fitbit surely know this – in reality, all you do is raise your wrist and turn it a little – like you would do when you check the time on your watch. The device detects that and switches itself on.

My dad was totally impressed by this. He tried in every which way to guess how the device was figuring it out. That he was feeling better came thru in glimpses of his old humor… First he asked my brother to close his eyes and do the same wrist movement to see if we can trick the device into thinking that we wanted to check time.

But the final one was the best … after contemplating for a little more, he said “Bhalo hoyechhe. Raast-ay aar lokjon jaalabey na – Kota baajchhe dada, kota baajchhe dada korey :-)” Translated, he appreciated the design even more since he felt nobody will disturb my brother on the roads asking him for the time. (Implication being they will notice that the watch does not work).

[Disclaimer: To appreciate the joke, you have to go back a few decades in India when watches were not always that ubiquitous. In fact, often in buses, trains, streets, we found out time by simply asking the next person. Assuming he/she was not wearing a watch with a blank screen 🙂 ]

And with that, he was tired enough again to lay down on the bed. 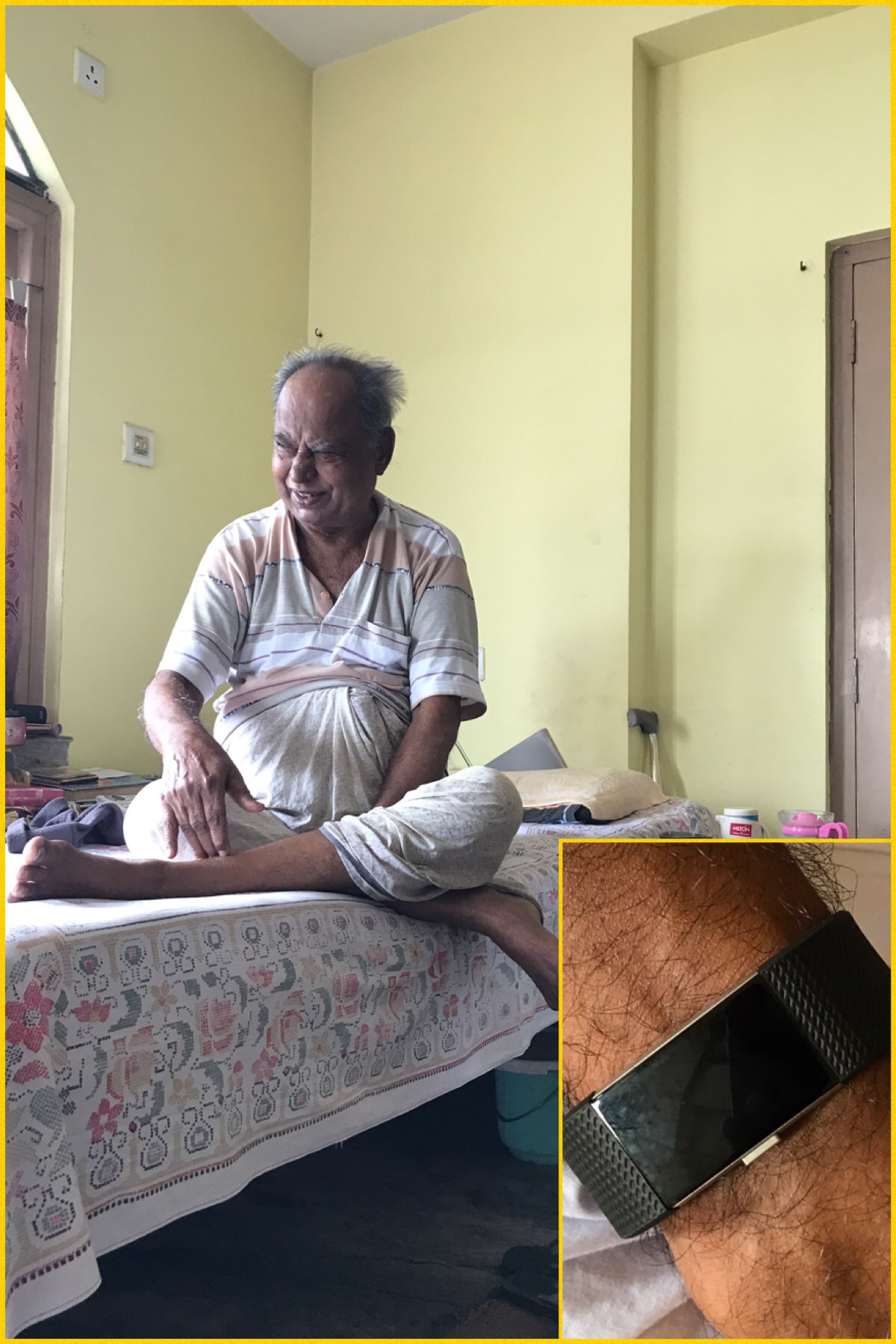