Dibyendu had figured out that I was going to land from Hyderabad around 8:30 last morning. Trust him to keep track of all things going on with our classmates. The first thing he had told me a few weeks back was that Ananda Bhoumik was also going to land at the same airport around the same time in some other flight.

And that somehow burgeoned into a quick get together of some of our middle school friends even before I could step out of Kolkata airport. I had not seen Ananda since having some tea at a roadside stall (I think was called “Chheds”) in his college campus of IIT-Kharagpur. That was 1985! It was awesome seeing the guy – who was our role model those days in every which way – and continues to be so after such a long time.

Pratap took some time off from his vacation day to come and join us. He works in the airport. I am sure going back to his work place on his vacation day was not high on his list. But he did come out to do it anyways.

Speaking of airport being the workplace – there was also our inimitable Kaushik Bose. Who seems to be incessantly working on yet another business idea always. Also, between the three of these guys, we had most of the bulwark of our school soccer team sitting right there.

Of course the craziest guy was Atanu Bhadra – he actually drove for nearly 200 km (120 miles) to meet us. And after meeting us, he drove back home!! The four of the above also were the cream of our class in terms of academic ranking.

The surprise of the party was Arup Dutt who got wind of the fact that we were all near the airport – and on his way to office, he dropped by too! And by saying “wind of the fact”, I really mean, somehow Dibyendu had figured out that he was going to be in the neighborhood and gotten the message to him. Dibyendu is like the master of ceremony for all our get togethers.

Thank you Dibyendu and thank you Atanu, Ananda, Arup, Kaushik and Pratap for making it so special for me moment I stepped out of the airport.

I am not sure there are too many things I did well in my early years. But choosing of some great friends – that one I nailed it!!! 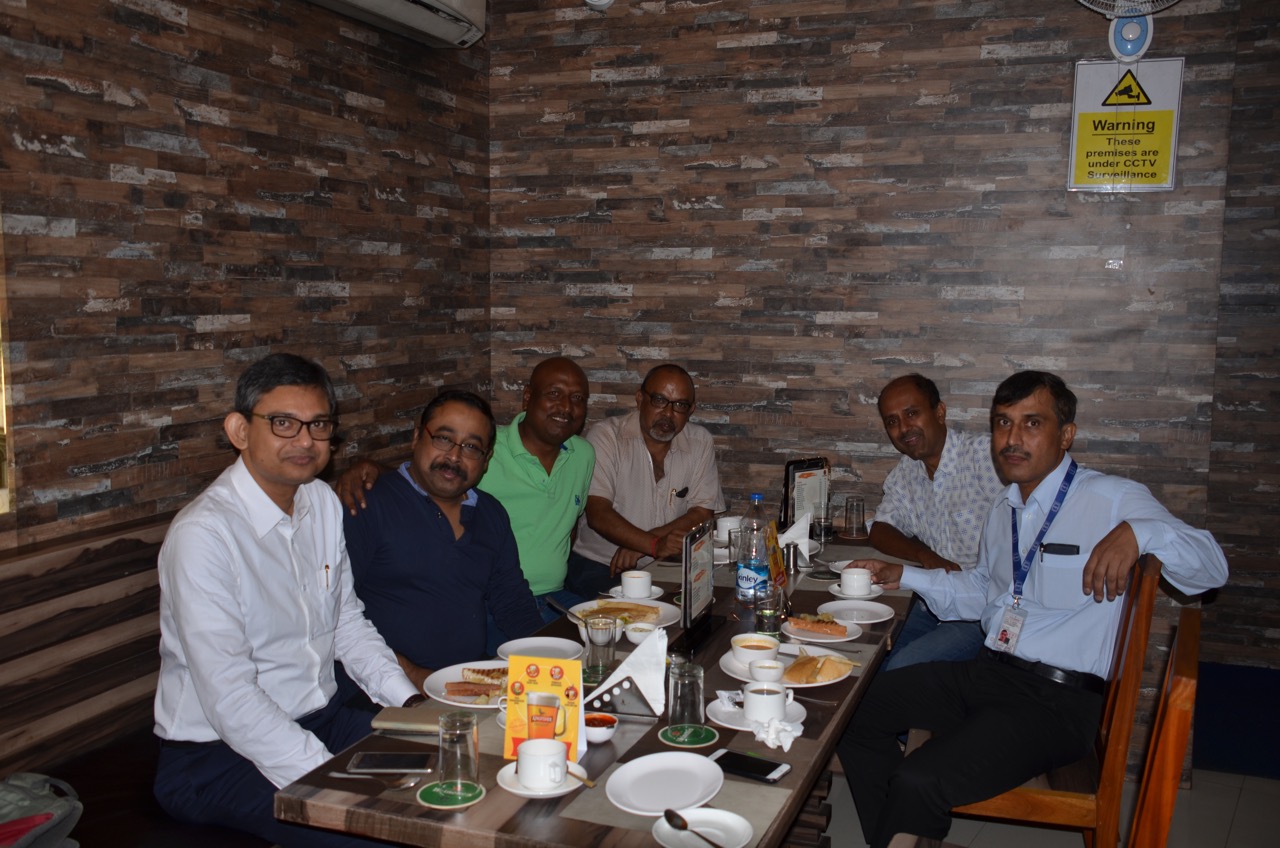