Last evening, not having anything better to do, Sharmila and I went for a walk on the boardwalk by the beach. After a bit, we found some rocking chairs lined up along the walk under a street lamp and decided to settle down in two of them. With our plastic coffee cups. Which were filled up with red wine 🙂

I had some powerful “living in the NOW” moments. First, the picture does not do full justice to the ambience. What you do not see is the roaring noise of the waves in the dark in the front. Or the strong sea breeze leaving a very pleasant feeling as it kissed the skin.

It being dark, nothing of the mighty ocean could be seen. Except for the dotted lights of a ship here and a plane there against the large black canvas of a moonless night. What could be seen is a lot of people walking on the boardwalk under the streetlights. It has been a long long time since I had sat down and relaxed and just watched people. You know just watch them as they come and go.

There were old people shuffling along, there were families strolling with the adults having some meaningful discussions and the kids just frolicking along, the young kids in whatever would be considered today’s fashionable beach clothes going in a group, the clearly well to do lady in high heels and the seemingly homeless person with all his belongings in a bike he was pulling along…

I had completely forgotten “people watching”. Just sitting there. Watching them go from left to right and some more from right to left. In a completely non-judgmental way. You know – like they say being “in the flow”.

And then the mind wavered. And speeded to the past. Not sure whether it was the breeze on the skin or the dim streetlight, the mind time traveled in a jiffy to the summer nights in Durgapur when I was barely a kindergartener or possibly in first grade. My dad had an “easy chair” (a cross between a foldable hammock and a lounge chair) and in those sultry evenings, he used to sit down outside in the light breeze. I would join him and sit in a small chair. Pulling up the chair closer to him, I would incessantly ask him questions about those blue twinkling stuff in an otherwise dark sky. And watch anybody who went by the sole streetlight that would be lit up half a block away…

Keeping up with the speed of life, they say is a big challenge. 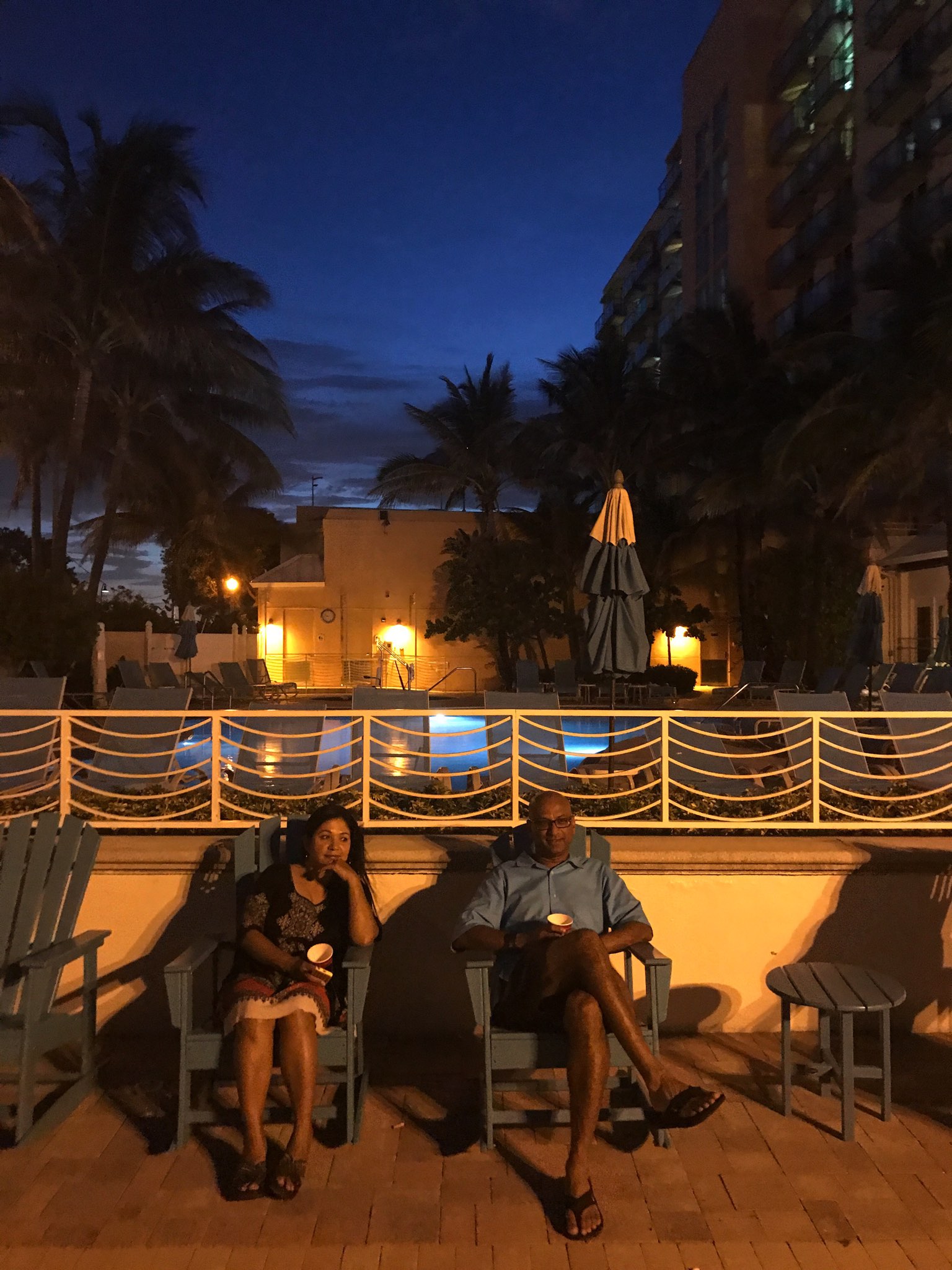