Intersection point before we could even get on to the plane!

The four of us were waiting to board the plane when Sharmila asked me to look behind me. I saw a lady that distinctly looked like somebody I knew from the past but I was not sure since she had her sunglasses on.

I looked at her for a few seconds to see if she would notice me while being on the call that she was on. Again, because of the sun glasses, I was not sure whether she saw us and knew nothing of us or it was indeed Vanessa but she had not seen us yet.

I took a few more attempts and even called out “Vanessa” couple of times.
Without any luck.

Eventually, I concluded that it was somebody else and turned towards the boarding gate waiting our turn.
Till somebody from behind called out “Rajib?”

Well, what do you know? It was indeed my old friend from Canada – Vanessa. I met her over a decade back in Toronto but she lives in south Florida now. In fact, during a previous annual trip to Fort Lauderdale, we, as a family, had met her and her family. Her daughter Gigi was a small baby then.

Vanessa is also a fan of Sharmila’s paintings and I believe a couple of her paintings are on the walls of her house!!

The trip down the road has barely started and we already met a fellow traveler with who, many moons back, we had walked a few steps together … 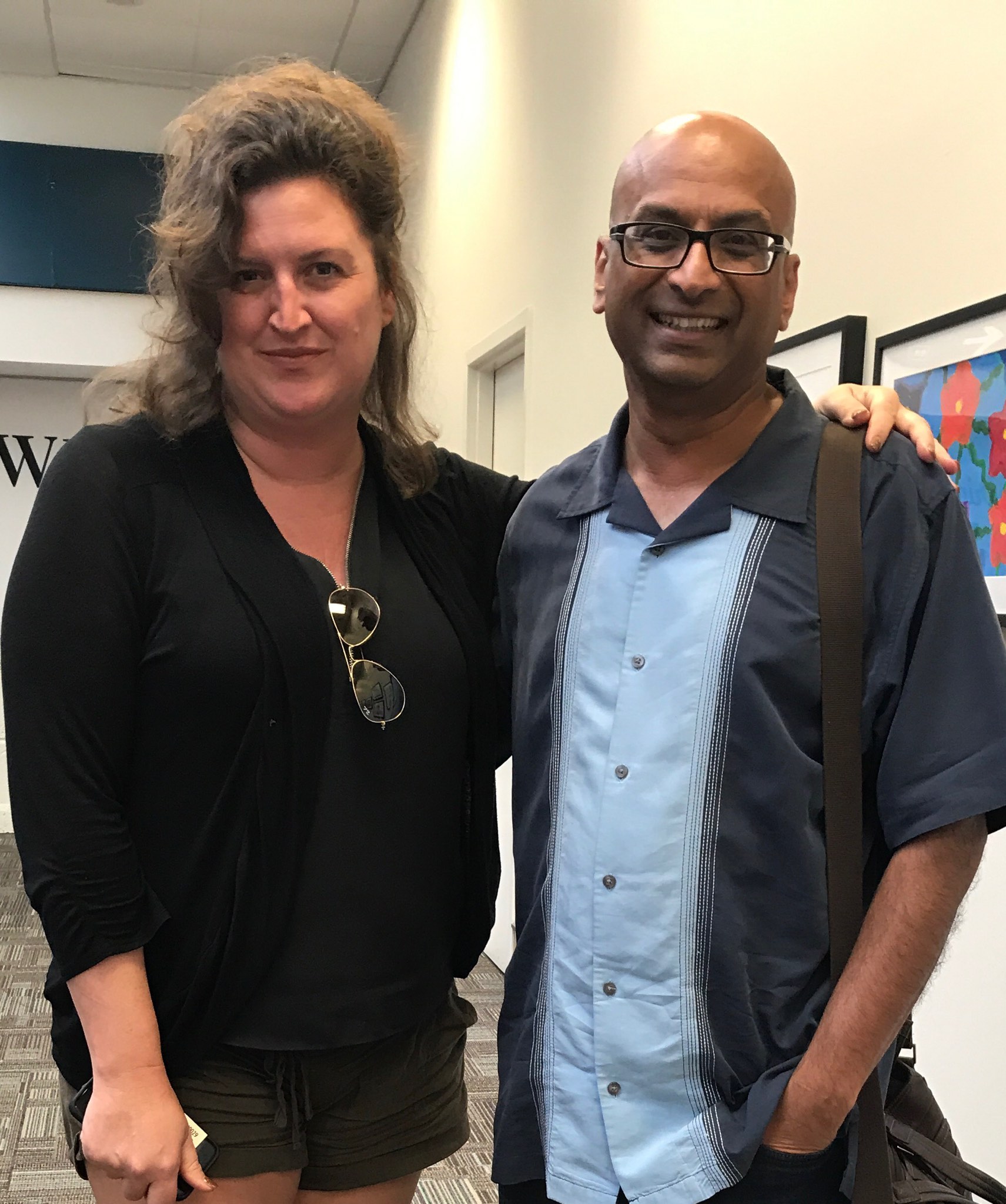