Who would have guessed?

There was no way any of us would have ever guessed on the day after our tenth standard when the three of us went three different ways that we would actually come together under the same roof thirty four years later. With our spouses with us! In a country on the other side of the world!! In a winery up in the mountains!!

We were barely sixteen years then. The gap in between has been more than twice the number of years we had lived till then!!! As you can see from the middle picture, there was a lot of catching up to do!!!

That was a great afternoon with Manny (Manbir), Virginia, Subrata, Sharmistha, Sharmila. We also got to meet Manny’s daughter Simran and his niece Harneet!! 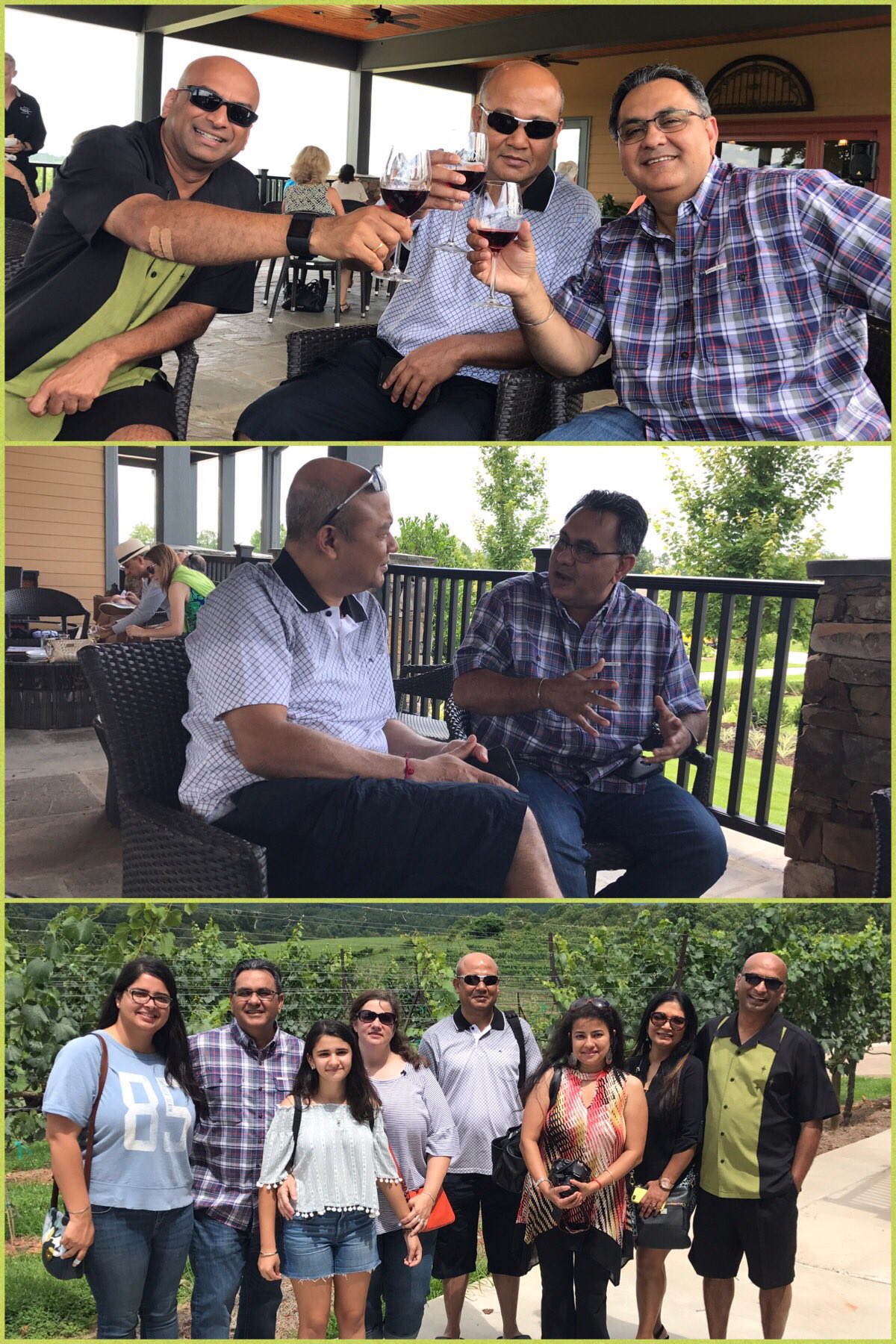