This gin caught my attention a few months back at a bar. The bottle looked like that of Uncle Val’s and I ordered it. The bartender let me know that they did not have Uncle Val. I pointed a bottle to her and she got it to me. That is when I realized that it was a Fifty Pounds gin.

What caught my attention immediately was why it was named Fifty Pounds. And for that I need to get into a history lesson here. If we go back about four hundred years around this time, England was going thru what was referred to as “Gin Craze”. There was a unprecedented level of gin consumption in the country and it was being squarely blamed for – some justified, some unjustified – for everything from burglary, untimely deaths, prostitution, mental illness to moral decrepitude. In response to that Spirit Duties act of 1735 was passed by the government (which became effective next year and was commonly called the Gin Act of 1736). Other than 20 shillings tax on a bottle, it also put in a steep Fifty Pounds licensing tax on the distillers.

You want to know how effective that was? Pretty much like Prohibition in the USA much later, actual consumption actually went up. Instead of the normal distilleries, bootleggers sprouted up everywhere – resulting in complete lack of quality control. People would sometimes die of ingredients like turpentine and sulfuric acid that would be mixed in these illicit liquor. Only two distilleries actually paid up the Fifty Pounds license fees. The Act was rescinded in a few years’ time as one of the most ineffective acts in the history of England.

This particular distillery – Thames Distillery in London started making this bottle of gin in 2010 and named it after that infamous and controversial licensing fees.

The gin of itself is pretty much middle of the road. The nose is rather citrusy, the palette reasonably pronounced with junipers kicking in early on and I would give more than average marks on the finish. The master distiller Charles Maxwell, keeps a few of the ingredients as trade secrets. The ones that he does publish include the standard juniper, coriander, angelica root, lemon, orange rind and the non standard licorice root, grains of paradise and savory. The base is – like many other London Dry gin – neutral grain spirit. 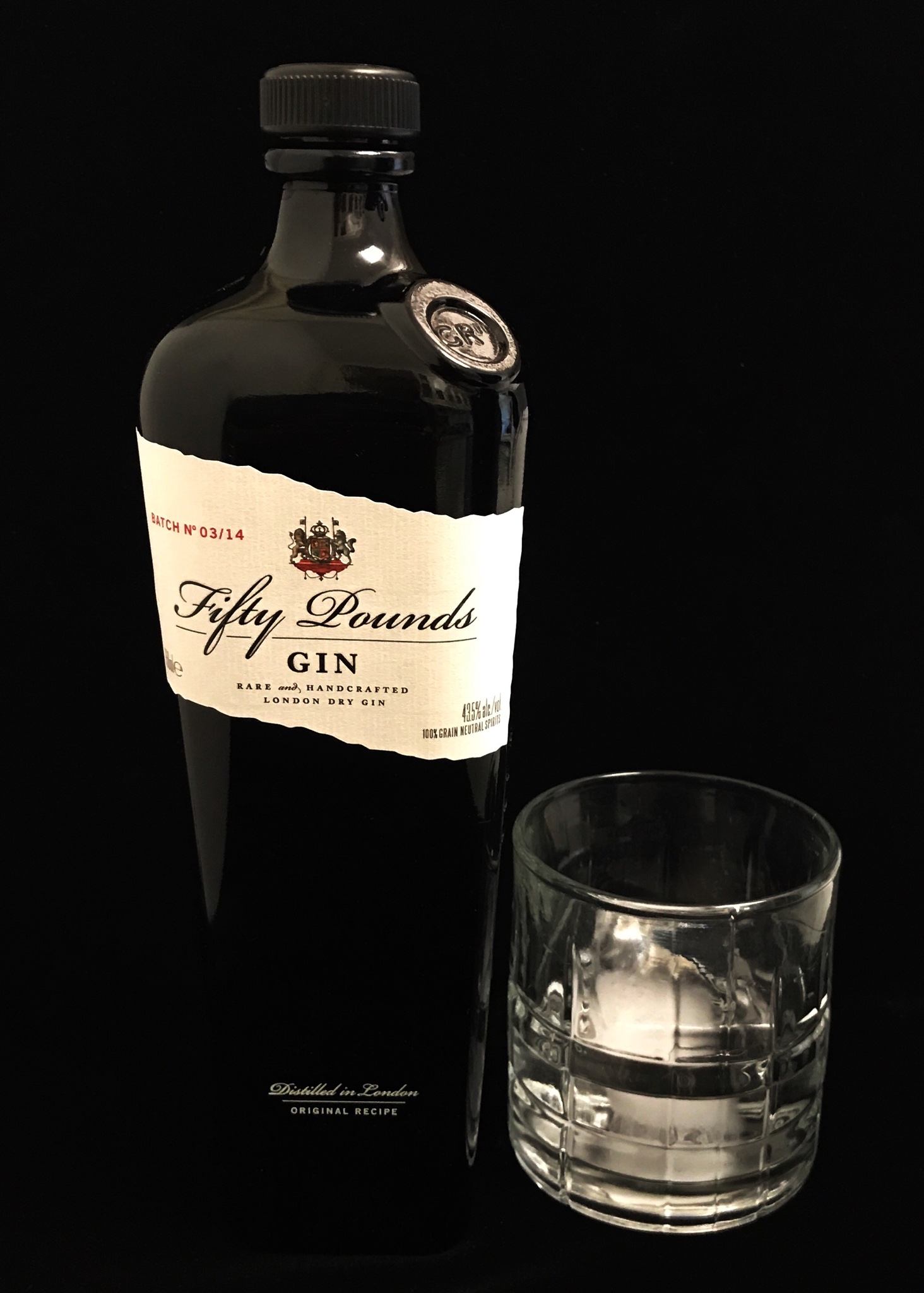