During my business trips this week, I was fortunate enough to spend a few hours with Samir-da and Sima-di! It was way back in 1994 that Sharmila and I had just moved to Dallas from Florida. We did not know anybody there. And some how Ashok-da found us out and invited us to the local Durga puja (the big festival for us Bengalis). And then he and Sumita-di had us over at his place. It was there that we got introduced to Samir-da and Sima-di.

For the longest time the Ghoshals and the Chakrabartis were the local “dada-s and didi-s” (elder brothers and sisters) that Sharmila and I used to love associating with. Then, life took over. We got kids and became busy. We used to meet them only during the Pujas. Eventually, Samir-da and Sima-di left town. And then, we ourselves, left town.

For a long time, I had been wanting to spend some time with the Ghoshals and the Chakrabartis. Well, I got one part done.

And Samir-da was as hilarious as I remember him from the Texas days. Between his description of calamaris – “rubber band-e beson maakhiye bhejey dai” – meaning “battered and fried rubber bands” to the stories of how he consistently failed in math every single year from first grade to sixth grade by either scoring 0 or 10 (out of 100) unfailingly (or should it be failingly? 🙂 ) had me in splits the whole evening. By the way, for the curious, the school, in certain years had a policy of awarding 10 grace marks to failing students. And that is how, apparently, Samir-da would score 10 undisputed marks in those years!!

Like I said, it was too funny an evening and greatly satisfying to see Samir-da and Sima-di in high spirits!! 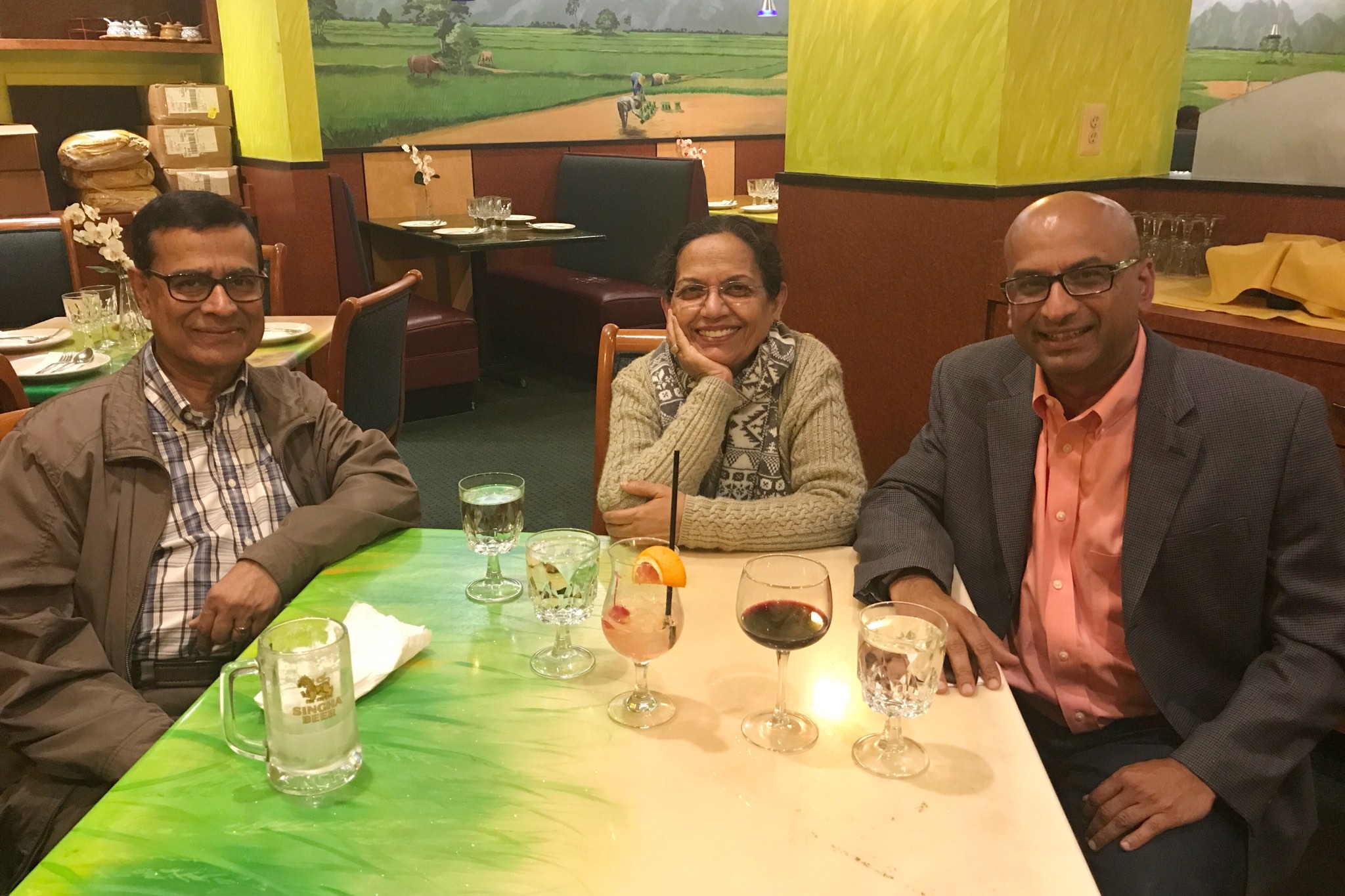 Posted May 26, 2017 by Rajib Roy in category "Intersection Points