I reached the Marriott Baltimore lobby and immediately settled down on business stuff with my colleague – Kurt. An hour and a half later, I took a temporary break to get on to a call with our investors. I was on the call, pacing up and down the lobby when I thought I heard my name being called out. I looked around very quickly, still talking and generally ignored it. Till I heard my name being yelled out – this time more clearly and loudly.

I look around and what do you know? Good old Ajit was in the lobby meeting a customer. My history with Ajit goes back to the late 80s. He was a junior of mine in engineering college and we both lived in the same dorm (hall). Another connection I have with him is that he eventually married Soumya – who I got to know later in a completely different part of India as a friend of Srimathi. Srimathi, in her turn, was one of my closest friends in management school. Unfortunately, we lost her to cancer. The only solace I have is that I was literally one of the last persons she saw and talked to before passing away. I had taken a flight back to US after seeing her in Cancer Institute in Chennai. By the time I landed in Frankfurt, there was a message for me from her brother that she was no more.

Too many memories floated by my mind when I saw Ajit. Yet, I had to take care of the call and Ajit himself had to leave. So, we spent only a few minutes together – but promised to catch up for a longer time later…

BTW, in college, we used to call Ajit “Singapore”. Hence the title of the post. I do recognize that was a terrible stab at poetry 🙂 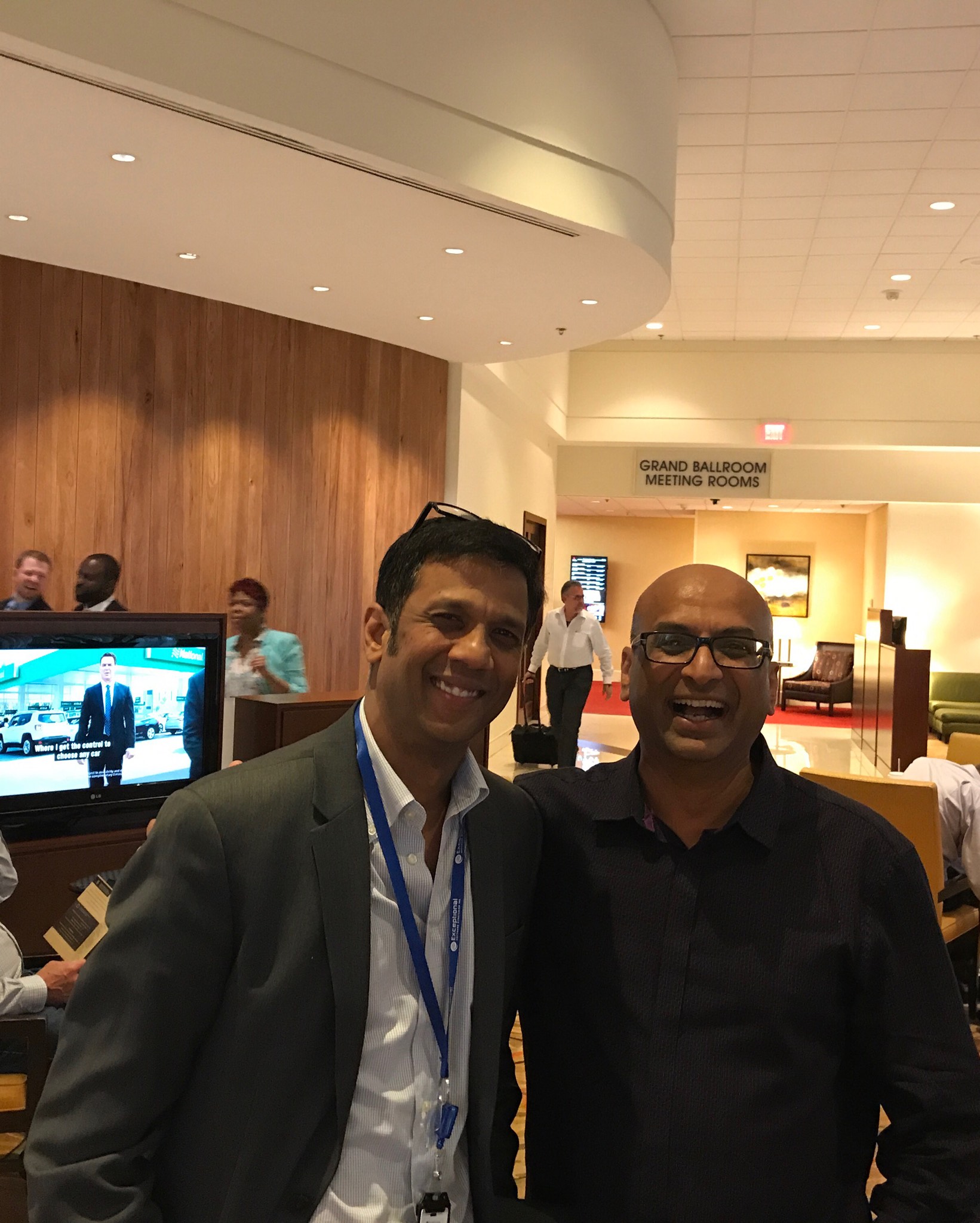 Posted May 11, 2017 by Rajib Roy in category "Intersection Points