The reason I was in Pune this time

Teachers, especially at school level, are almost always incredibly influential in shaping up a kid. In my own childhood, I was blessed with an excellent set of them. They were often very different from each other and because of that I learnt from them very differently. In that bright constellation, some stars stood out perhaps a little brighter than the others.

One such star was Mrs. Devyani Biswas. She was my English teacher in ninth and tenth grades and also my class teacher (home room teacher) in tenth grade. Without her indelible mark, I can gainsay that I would have grown nary an interest in English literature.

Frankly, I was not that proficient at written English. It did not flow as well as – say, my desk mate Dibyendu Dutta who I was in awe of. Truth be told, it still does not flow that well but my grammatical mistakes and typos make reading it jarring enough that people are usually distracted from the quality of English. My approach to written English those days were not so much dissimilar to the precision that I used to bring to Math and Physics problems. With a wholly different effect, if I may add. There is a telling story that brought this out when Mrs. Biswas had given us a homework to write an essay on “Sound”. If you have the time, you can read up about it here… http://www.rajibroy.com/?p=6911

But finding Mrs. Biswas later was a much trickier problem than writing English essays. The only knowledge I had was that a couple of years after I left school, her husband and she left for Pune. The other data I had was that Mr. Biswas had joined a company called Thermax.

After that, if I could ever find anybody who hailed from Pune, I would try to see if they somehow might lead me to a Biswas family. Just last year, I had realized that a classmate from my eleventh and twelfth grade was working with Thermax. I even made him go to their company database and find out all the Biswas-es from their Pune location.

There were two reasons my searches failed. First, I learnt that evening from Mr. Biswas that he had left Thermax within five years. And the second was that I had forgotten that Mrs. Biswas spelt her name the non-Bengali way – “Devyani”. The typical Bengali way would be “Debjani”. We, Bengalis, can be a little liberal about throwing in our “b”s willy nilly ???? In fact, my name too, outside of Bengal, would be written with a “v” and not a “b”. So, all my internet and social media searches were essentially looking for somebody not my teacher!!

Finally, the search was put to a close when I met my third grade class teacher Mrs. Bose at her house in Kolkata during my last trip to India. Subsequently, I had written to and talked with Mrs. Biswas. She had mentioned that I could still call her “Mrs. DB”, if I so wished. That was indeed how we used to call her those days!!!

Ever since, I had mentioned to Sharmila a few times that I needed to visit Pune during one of my trips to see my parents. The opportunity came in the very next one. I was able to route myself out of Mumbai as the exit point and thus, the previous night, after saying my adieu to parents and siblings, took a flight straight to Pune and showed up at her doorstep.

Over drinks at her place and dinner outside, we caught up on our life journeys. Both her children are in US. Thru all those discussions, a realization I had felt before kept coming back to me. Of all the intersection points I have created, meeting teachers from the long past has been some of the most rewarding. Followed closely by meeting parents of my friends (and the elderly generation, in general).

When I am with a teacher from my past, I remember a lot of events from those days and they further imprint upon me how those teachers were a big part of whoever it is that I am today. In fact, I mentioned to Mrs. Biswas a story from “Tales from Far and Near”. It was called “As the night, the day”. Written by Abioseh Nicol. It involved two characters – Kojo and Bandele. I remember having asked Mrs. Biswas what did the title of the story even mean. And she had explained the original words from Shakespeare – “Be true to thine own self / And it shall follow / As the night, the day”. Essentially Polonius was urging his son Laertes before he set out to the seas to be always true to his own principles and that success would follow from that as naturally as the night follows at the end of the day.

To this day, during extreme stressful situations at work and home, those are my trusted go to lines.

Similarly, we talked about Nissim Ezekiel’s “Night of the Scorpion” from Panorama, “Where the mind is without fear” by Rabindranath Tagore and so on and at every point I realized some those small learnings in early childhood translated to much bigger lessons in life. Little did I realize that at that time when I felt that they were simply a means to getting a good grade.

This story will not be complete if I did not talk about Mr. Arup Biswas – her husband and my anchor point for searches in the earlier years. Gracious to a fault, he put me to ease instantaneously with his approachable style, intellectual curiosity and some some very keen observations. I found myself often engrossed in deep discussions with him – who really was none other than a total stranger to me till a few minutes back. Quite a few topics were left to be discussed that night for a future point of time. I wish I had gotten to know him earlier in my life.

At the end of the dinner, the clock pushing almost half past eleven, they dropped me at my hotel. Before I let them go, I let Mrs. Biswas know why it was so important for me to meet her (and other teachers too).

Life is too short. Frankly, many of us find out rudely that it is often shorter than we thought. I just wanted to get an opportunity to tell her face to face – “Thank you for helping me become who I am today”.

Which I did. With all sincerity. 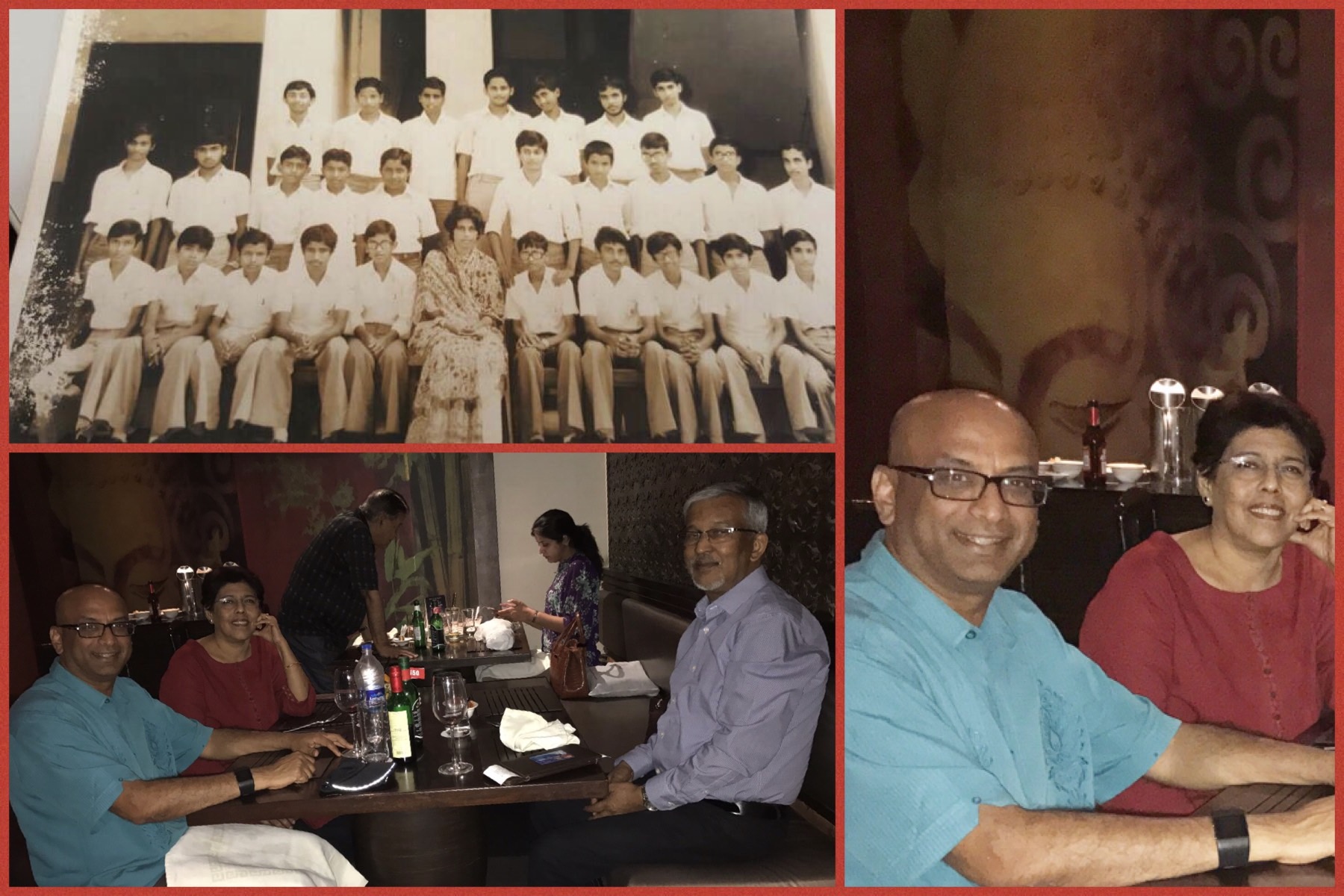