The sun was warming up pretty fast on Sunday morning in Kalyani. By 10 am, it was started to get real uncomfortable. The niece was somewhere else, brother in law had gone to work, dad was fast asleep after the morning chat session and mom was busy in the kitchen.

I proposed to my sister that she get dressed up and we go meet another set of elderly couple. She has been so impressed by all my friends and their parents that I have introduced her to in Kalyani over the last few years, that she readily jumped at the proposal. I had barely gotten ready myself when I saw from upstairs that she had already pulled the car out and was waiting for me.

About 10 minutes of Google map aided drive later, we parked the car in the shade of a tree and knocked on a door of the adjoining house. An elderly lady came out from inside and kept looking at me while trying to open the grilled door fence.

“Apni ki Mrs. Ghatak? Dekhtey to Moumita-r moto-i laagchhe”. I asked if she was Mrs. Ghatak and then pretty much answered it myself by observing that she looked uncannily like Moumita.

The said Moumita was married to a team mate of mine from 90s in Dallas – Arindam Banerjee. Arindam and I have met each other a couple of times after that but I do not believe that I have met Moumita for the better part of the last one and a half decades.

One of those years when I had called her up to wish her a happy birthday, I had gotten to know that her parents live in Kalyani. Last year, my brother and I had attempted to visit them – but they had given me the slip and had headed out for America the previous day.

After we settled down, Mr. Ghatak came out. And he surprised me by mentioning how he had met me almost twenty years back in a Durga Puja in Plano area in Texas. The details matched but for the life of me, I could not remember the meeting. Obviously he has sharper memory than I do.

I also found out that he is an avid swimmer. He swims regularly every week!! I cannot think of another person I know in India of that age group that swims regularly.

But the best part of the morning was Mr. and Mrs. Ghatak talking about all the constant domestic tiffs apparently they have. Both my sister and I had a good laugh together with them!! 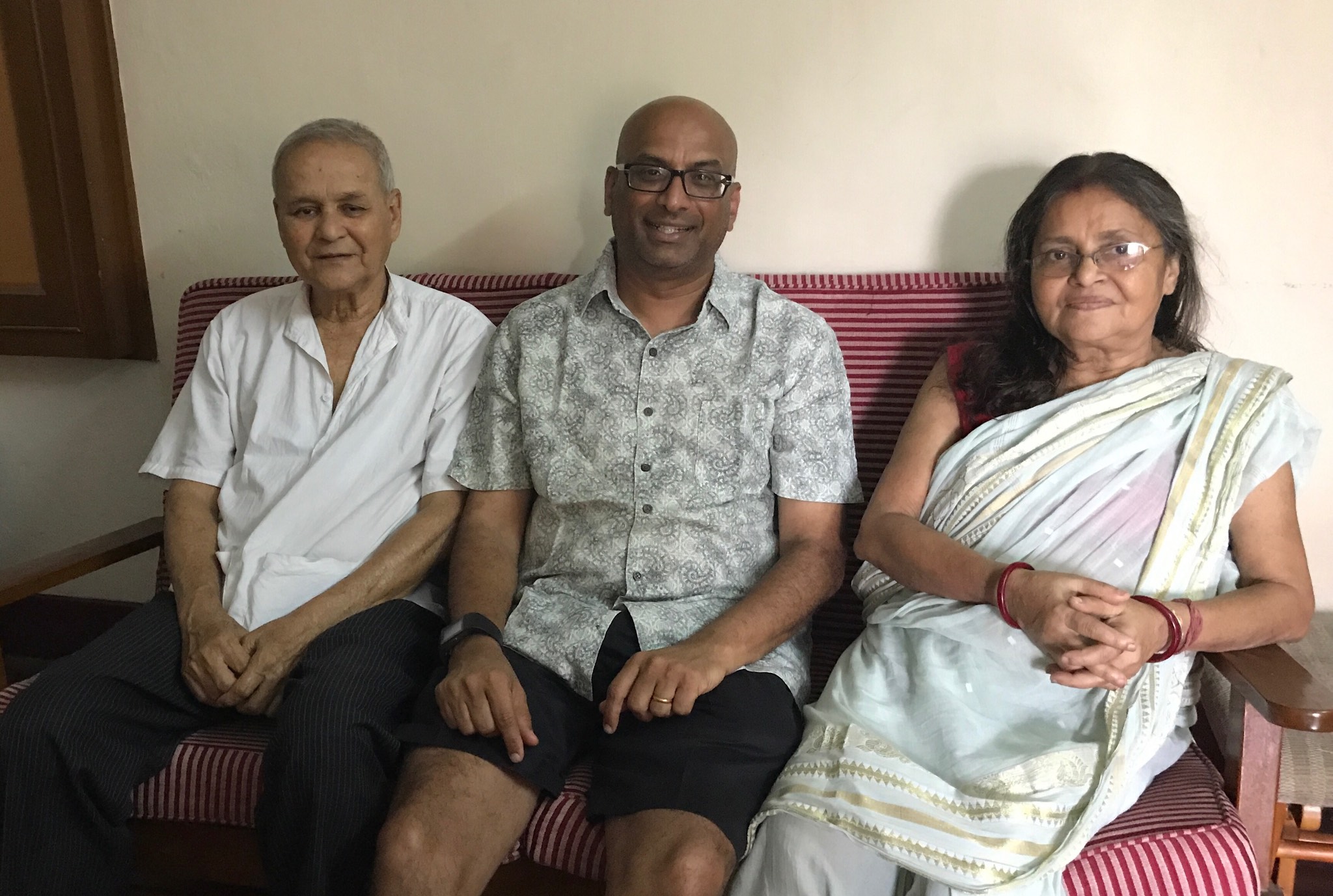