Successful in the second try!!

Sometime around last year, I had traced this classmate of mine from eleventh and twelfth grades (junior and senior in high school) – Debasis to no other place than Kalyani – where my parents live! During my previous trip, I went to his house and met his parents. But he and his wife Joyoti were away on a vacation to Delhi. Some might even suggest that they had caught an early wind of the fact that I might be coming 🙂

This time though, when my sister and I walked in, we were able to meet all four of them! I saw Debasis for the first time after 1985. I remember him as a very studious and easy to get along person from my dorm building – Gouranga Bhavan. I used to visit his medical college to meet some of my other friends – later in life – but for some reason, never ran into him.

It was, as always, very exciting to catch up on an old classmate’s life journey. You probably will not be surprised but I found some intersection points with his wife Joyoti too! Her neighbor during her childhood days in Ranchi was my teammate in a job – much, much later in life. Also, she was classmates in college with a few of Sharmila’s friends from school!!

But undoubtedly, the exhilarating part was talking to his parents. Specially his dad – who, even at this advanced age keeps himself occupied in more ways than I can dream of. Of all the activities that he talked about that he gives his money and time to, the most intriguing was how he has been helping out about 100 prisoners in a penitentiary center by getting them involved in various activities – educational, sports and spiritual.

Unfortunately, my sister and I did not have much time since we had to go back to my dad. But I will be back. Specially since Debasis and Joyoti suggested we should go out for a drink some time! 🙂 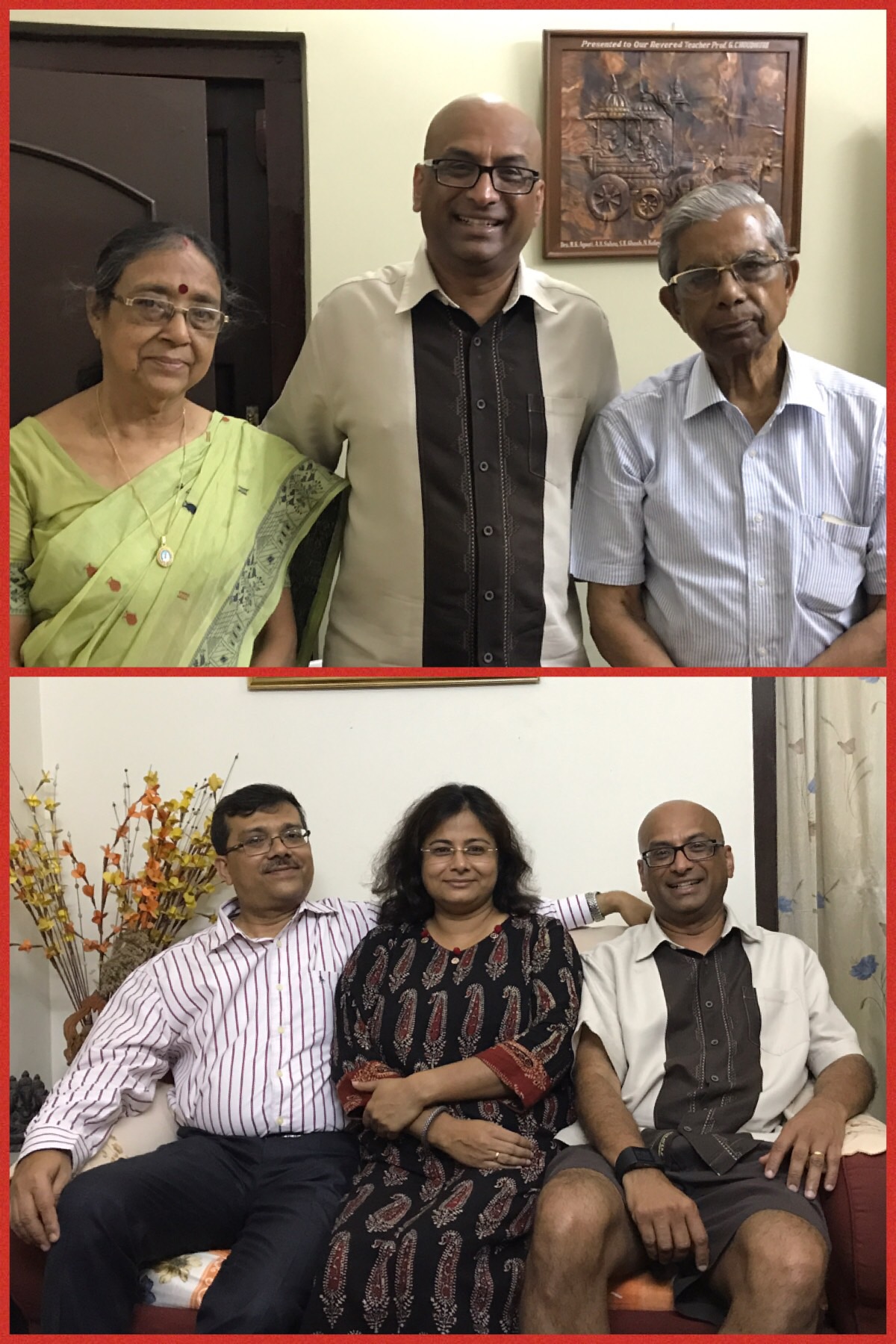