And for the final surprise…

Since this was the trip of surprises, the best one was kept for the end. You probably recollect that this time nobody was aware that I was coming over. Even my brother was kept in the dark. He was going to be away for work in a different part of India anyways.
Well, when he finally got to know about it (on Thursday), another surprise was planned out. And the surprise was that he would work over the weekend and then finish everything by Sunday night. That would let him come to Kolkata early morning of Monday.
In a classic role reversal, I was there at the airport to pick him up in his own car. And then started our usual routine – the drive from the airport to my dad’s house. Except this time, nobody knows I will have my brother with me too!!!
Of course, there was the mandatory tea break. With temperatures at 95 degrees and per the Weather Channel the humidity making it feel like 102 degrees, we got down to have some steaming hot tea that bordered on scalding the tongue. 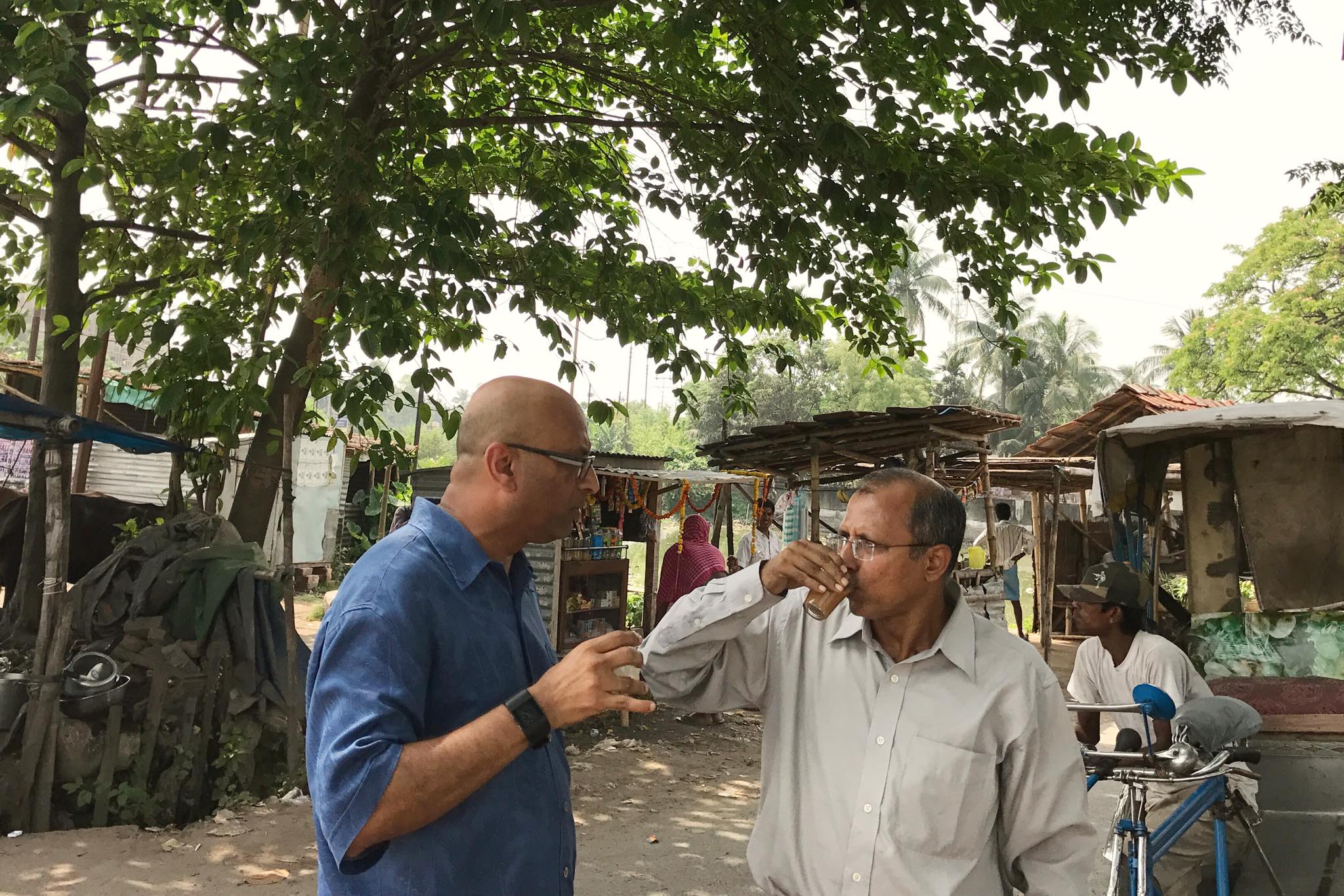