Starting with an intersection point

I could see the gentleman walking towards where I was near the luggage conveyor belt from a long distance across the other side of the airport. It was supposed to be a complete secret trip to Kolkata to see my parents. Except that I had told this gentleman beforehand.

In January, when I called this very old school friend of mine (he left school in the ninth grade) to wish him a happy birthday, I found out that he works at the airport that I use to go see my parents!! Then and there, I had promised to see him when I was going to be in Kolkata airport next.

“George Williams Pratap Singh Bara”!!! That was the gentleman with a clean shaven head like me who was approaching me with that unmistakable permanent smile on his face!! “How long has it been?”, he asked. A quick math in my mind pointed to 36 years!!!

I still remember his wizardy on the soccer field. In fact, together with the curly hair he used to sport those days, “Pele” was his common nickname that was not hard to guess. I learnt today that has he kept up with his passion for soccer. He has played at a pro level in Kolkata – the Mecca of soccer in India and that is how he scored his first and only job with India Airlines (now Air India). He has represented his employer and other clubs in various tournaments in Europe and Africa. “But never in the US”, he told. Might be some day though! Because he still keeps up with his soccer!!

But most of the time was spent discussing his kid. When I had called him to wish him on his birthday, we talked about his twins. One of whom is completely autistic with high ADHD. I had thought about sitting with him and understanding how they deal with it as parents.

Today was that day. I had a lot of questions. The first thing was to even find out how do you realize that a young child has autism? As first parents, how do you know “normal”? Turns out that was easy for them – since the other twin was a convenient control experiment. The rest was very tough though.

Both the kids are 20 now. But when some body says that one of them has finally learnt how to manage himself in the bathroom, you can only begin to understand the journey of the parents for 20 years. Hearing from him some of the long, tedious process they had to follow to get a hyper active child with no ability to concentrate and because of autism, very limited ability to converse to sit down when told to sit down was eye opening for me. And they had to go thru this just so that the child would sit down for a moment to take a few bites of his meal before he would run away again.

What was amazing thru all those descriptions was the realization how much sacrifice he and his wife has made to raise this child and continue to do so. His wife gave up her job. And he wakes up at 3 am every day to come to office by 4 am so that he can leave by noon and give company to his kid and give some relief time to his wife. Apparently, one of the daily routines for dad and son is to go out for a ride on his motorbike – come rain or storm.

And just when I thought I might have started to understand the tip of the iceberg, I realized another perspective. And that is thru all this, they had to continuously balance the other kid and ensure that he got as much of a normal upbringing as he possibly could.

When we finally hugged each other to say good bye I had to tell him the following:
“Pratap, you are a good man. A really good one. After hearing your whole story, you know what I find the most amazing part?”
“What?”
“That you always have that smile on”. 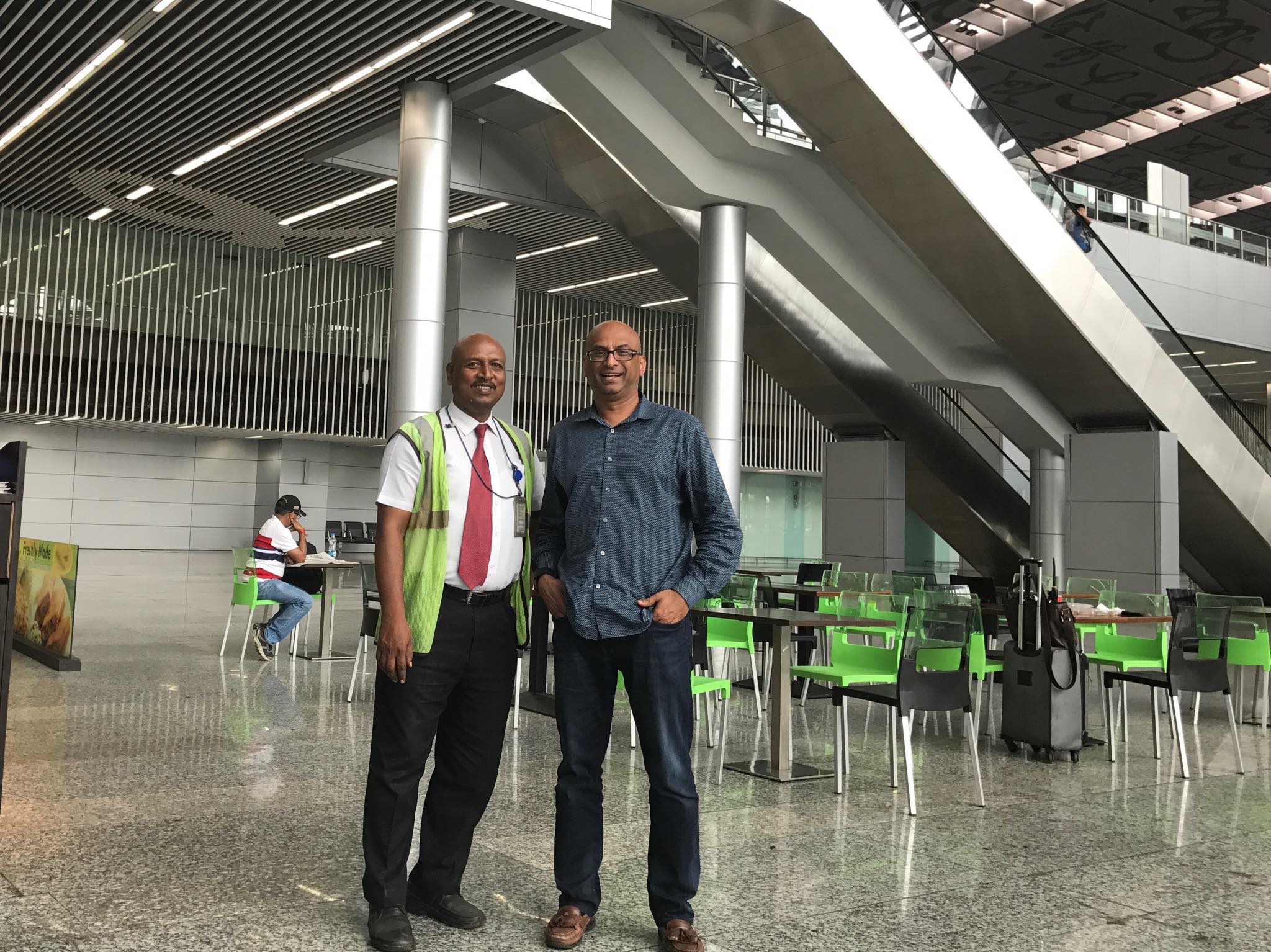