It was a rather successful business dinner. Buoyed with the outcome, I walked into the hotel a little brimming with energy, if I may put it that way. Which was good since I still had a lot of emails to catch up on. Having summarily disposed of the suitcase in the room, I grabbed my laptop and strolled towards the Concierge Lounge in the one full service Marriott that exists in this city (and I take wide latitude in calling it a city) called Dayton in the middle of the vast plains of Ohio.

It was late at night. I was one of a few in the lounge upstairs. And, of course, there was the lady who tended to the lounge.

Emails or a human being? Tough choice. Not really. Human being, it was. A quick night cap was poured, the laptop was firmly closed and the conversations flowed..

“I did not catch your name”, started I.
“I am Diana. Diana Sprowl. Can I get you something”.
“No I am good. Are you from around here?”
“Yes. My dad moved here…” In those few seconds, I realized that I was going to have a great time. First, she seemed to be of a very positive demeanor. She was constantly smiling and spoke with a voice like she was at peace with the world. In spite of meeting many many customers like me every day, the vigor in her conversation with me was self-evident.

We sat down and chatted and I unraveled an incredible history of how she and I got put in the same place at the same time. You know my history. Here is hers…

Her grandfather was from Ireland. He immigrated to Cincinnati. “Why Cincy, of all places?”, I rudely interrupted her. Turns out he was always interested in farming and he became a dairy farmer in Cincy area. Her dad aspired to be in the army. Unfortunately, the doctors had to take a couple of inches of his right leg bone out for a particular condition. I had a hearty laugh as Diana rolled her eyes and told me “You know how dads are. He always preserved his bones and screws and all that in a bottle!”. Her dad, then moved to Dayton.

As she talked about her mom, a picture of a very gritty person came to the fore. Like so many American families of those days, her mom worked in a local industry and then, unfortunately lost most of her right arm in an industrial accident. But as Diana explained, she adapted faster than anybody could. Diana explained how her mom would change her granddaughter’s (Diana’s daughter) diapers with one and a half arm faster and more efficiently than most people. In fact, growing up watching her mom, Diana has a instinct of dealing with things that require both hands often as if she does not have one. Involuntarily, she follows the motor movement that she visually got used to watching her mom!

Diana grew up as one of four siblings. And she has three kids of her own. And 8 grandkids. The most poignant of all the stories was that of her youngest daughter. She met somebody who was one of the few to escape the Rwandan genocide and settled in this country. They eventually got married and had five kids. Diana, fished out a picture of the family from her phone and proudly shoed it to me. Out of a sense of duty towards his religion and the African continent, the gentleman often went to different countries in Africa as a missionary to spread the message of peace and love. And less than a year back, while he was in Kenya, he and the rest of the team vanished. She said that in spite of the best efforts from this country, her daughter is starting to lose hope.

For all that, Diana seemed to be very much at peace with herself and cheery of disposition. I asked her – “You seem to be very content with yourself. What were you doing before this?”. And that is when I found out that she was to be a massage therapist at one time. And a yoga teacher around another time. And then somehow, we got on to the topic of international travel. Apparently the one time she (and her sister) was going to visit a foreign country – Trinidad – there was an attempted hijacking on her plane (I think she said New York airport). And that put paid to her aspirations for international travel.

I finally blurted out “How old are you? If you do not mind me asking you”.
Her answer later, I thoughtfully said “Okay. I am fifty one. I will take some time to get to your age. Tell me something. What should I know now that you wish you knew when you are my age?”

She did not even blink her eyelids… “Love and live everyday like it is your last day”.

I have heard that vein of thought from a few people before. So, I pressed on … “And what else?”

This time she thought for a few seconds and said “Forgive often”.

By now, it was getting late and the lounge had to be closed. I reluctantly put an end to our conversation but not before I let her know that I just hope to grow up to have her cheerful outlook towards life. It takes a lot of grit to overcome so much and yet be able to put that priceless smile on. And that I cannot wait to get back to Dayton, OH. 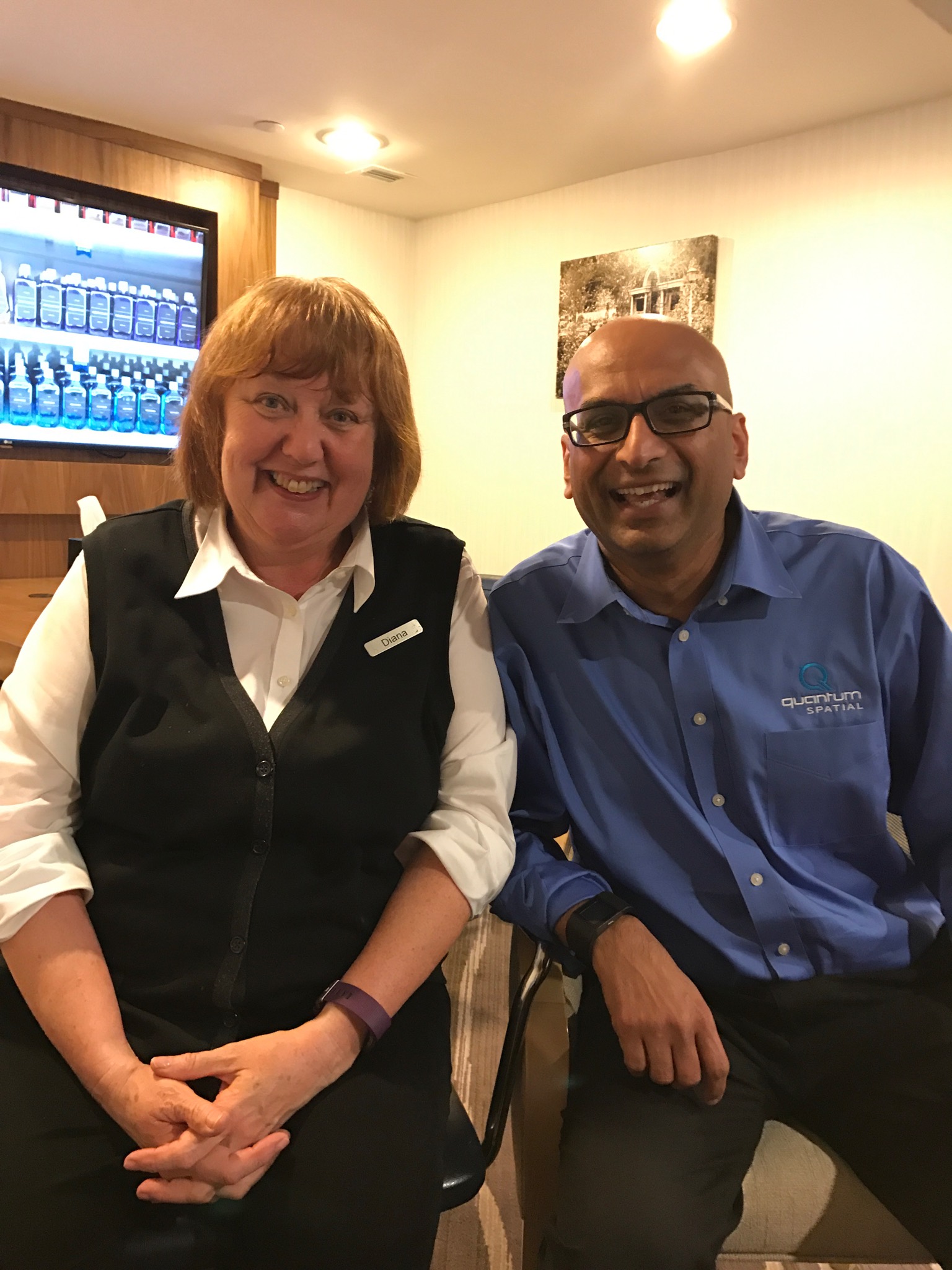