I had heard that this poem written by Vietnam disabled veteran George L. Skypeck (who after active duty, went back to earn a Bachelor’s and Master’s degree from University of Massachusetts) is one of the most displayed poems among various museums and monuments not just in the US but across the world.

Saw it for the first time in Columbus airport, Ohio.

“I was that which others did not
want to be.
I went where others feared to go,
and did what others failed to do.
I asked nothing from those who gave
nothing, and reluctantly accepted the
thought of eternal loneliness …
should I fail.
I have seen the face of terror; felt
the stinging cold of fear; and enjoyed
the sweet taste of a moment’s love.
I have cried, pained, and hoped …
but most of all, I have lived times others
would say were best forgotten.
At least someday I will be able to say
that I was proud of what I was … a soldier.” 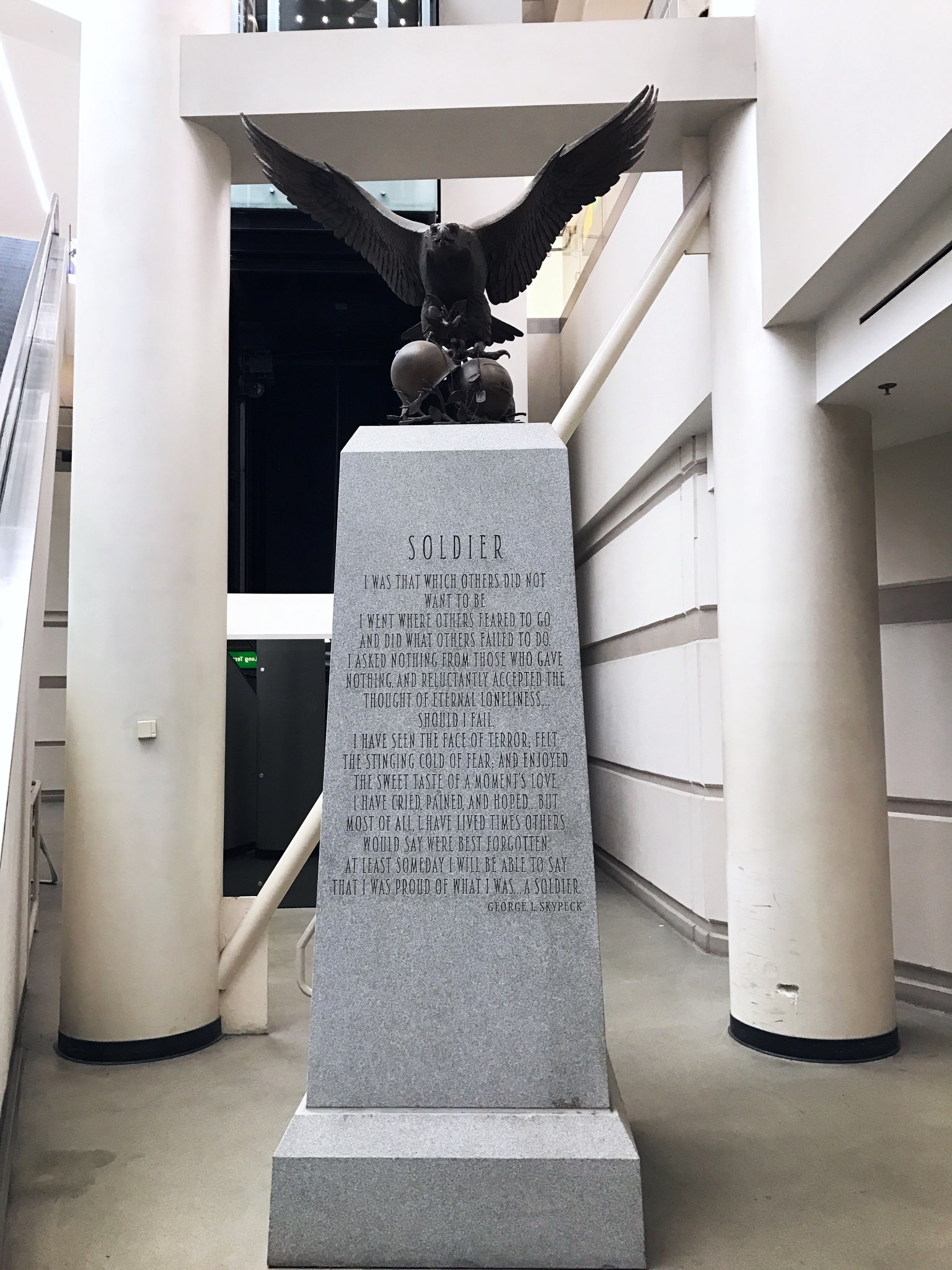