The year was 1997. I was running a development team. Those start-up days, we often put the new entrants in Consulting Services team to test our software (which, if I may suggest, needed a lot of testing :-); did I mention I was running the development team? 🙂 ). One particular time, we were having a rather difficult time recreating a crash. And as you may know, without a core dump those days, we had very little ability to fix hard to trace bugs.

The plans was to have a full team of consulting services team keep hitting the same sequence of keys till somebody’s version crashed. That night, I was going around the building at the dead of night checking if anybody was still in the office. There was one, very young guy sitting in a corner and looked like he was trying to read something on his terminal.

Now, mind you, this was way back in 1997. He was talking about Unix scripts.

For a moment, I scratched my head and asked “Sure. I am not the best. But I can teach you enough. Now or tomorrow?”.

I glanced my watch. It was 1:30 AM. Sharmila was going to be totally asleep. What the heck. I sat down and for about a couple of hours gave hime some pointers on scripts and most importantly taught him “man” (the manual in Unix where you can get all the help 🙂 – which I was incessantly going to 🙂 ).

While he was picking up at lightning speed, I still was dog tired after a couple of hours.  “Should we go now?”, I asked.

“You go ahead, I am going to try a little more”.

Next day, when I came to office, I remember meeting Willie – the head of consulting services and mentioning that there is a young Chinese employee in his group that might make a good name for himself. His intellectual curiosity and sharpness was something to be envious of. That is when Willie told me – “I know. He has automated most of the tests for your development folks. Somebody from your team taught him how to write Unix scripts”. I am not sure I ever told Willie who it was. (I was certainly afraid that a system crash by an errant script code might point back to me 🙂 )

But I absolutely narrated that story to Kwok as the experience I will always remember him by when I met him for breakfast last week in California. I was glad to know that he remembered that night too! I was good seeing him after so many years!!

He was so super sharp that he was soon shipped off to some of our toughest customers with very complex supply chain problems – first to Japan, then Korea, then Singapore, then Taiwan and then Hong Kong. (I might have the sequence of the last four countries wrong). I do remember meeting him once when I was visiting our Hong Kong office.

There was so much to catch up on when I met him this week. Being in the Bay area, it does not take much to guess that he has been with some very successful startups and continues with his entrepreneurial zeal. I found out that he married somebody in Taiwan that he had met in Dallas! That is a story for another day!

I certainly have had the fortune of meeting very sharp people in my life. Some very curious people. And some very humble people. Not too many put it in a package like Kwok has! Always great to have been touched by people like him in my life journey! 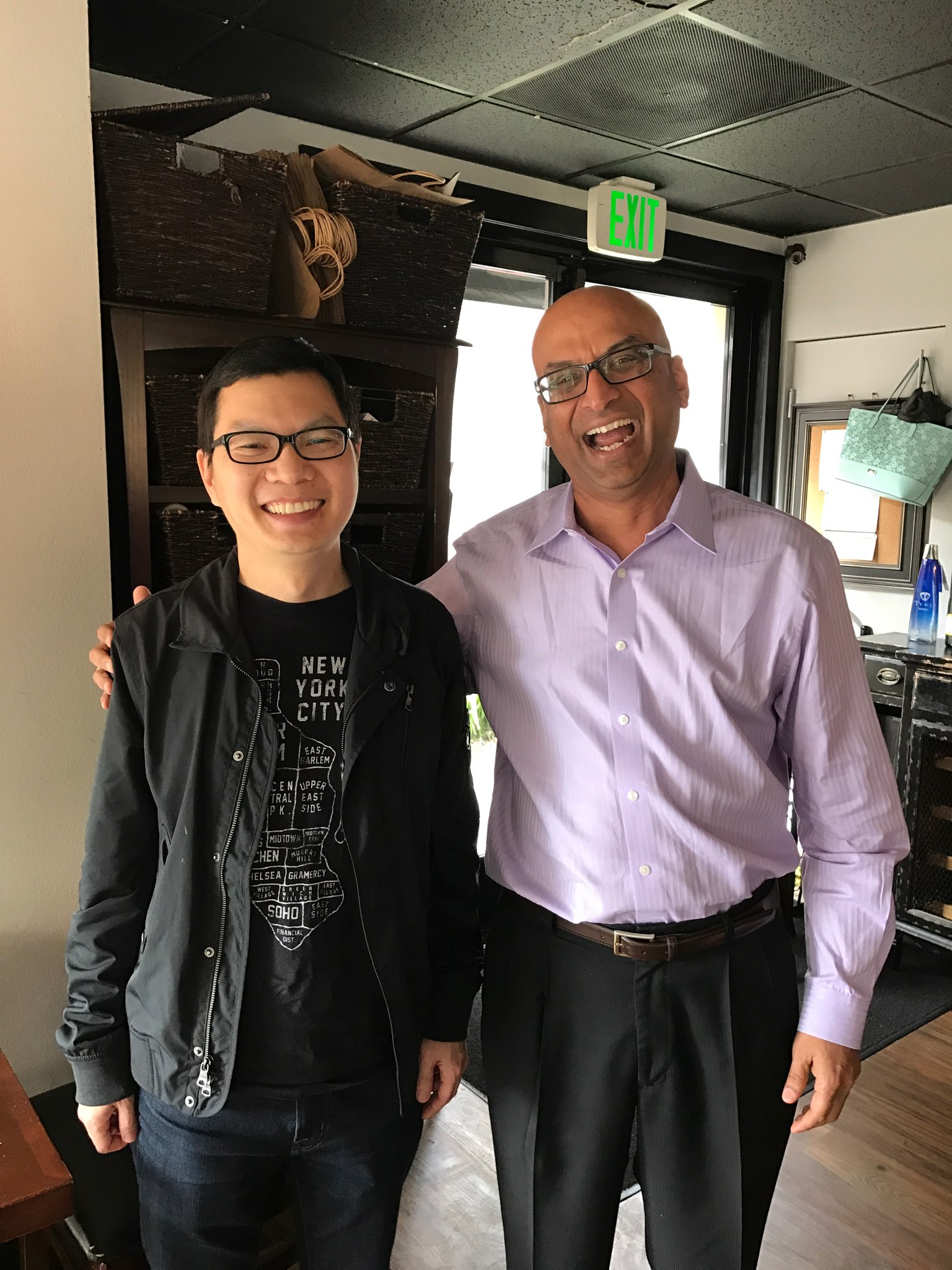