That was an interesting landing…

It is very unusual to get such a clear picture of the entire Atlanta airport from so up close. If you are wondering what happened – this is the answer… We were flying in from San Francisco. The plane twisted and turned about 30 miles before the airport and aligned itself to land from the West end (all the 5 active runways at Atlanta airports run East West) and then something funny happened once we hit about 7000 feet.

The pilot had made all the necessary announcements and then I realized instead of continuously losing height, the nose seemed to even out and then we banked a little more and then straightened out. Which means we were aligned with the runways but we would be missing them by a couple of miles if we are hitting the ground.

And soon, I realized that we are not landing after all. For whatever reason, we had changed our minds and instead we just flew along the runway. Seemed like a last minute change of mind. Perhaps sudden change of wind direction? Checked the wind speeds – only 13 mph. Meant nothing for a big 737-900.

We went to the other end – flying parallely to the runways on the North end and then eventually banked back and landed from the East end. After the flight landed, I asked the air hostesses – they were of no help. And the cockpit door was still closed. Could not ask the pilots and a plane full of people wanting to get off a plane they had been in for over four hours did not help 🙂

For the life of me, I could not figure out why we tried to position ourselves to one end of the runway, and then flew along the runway and then landed from the other side. On the plus side, it let me take some lateral pictures of the whole airport from barely five miles away in the air. That is a great sight for frequent fliers from Atlanta airport like me… 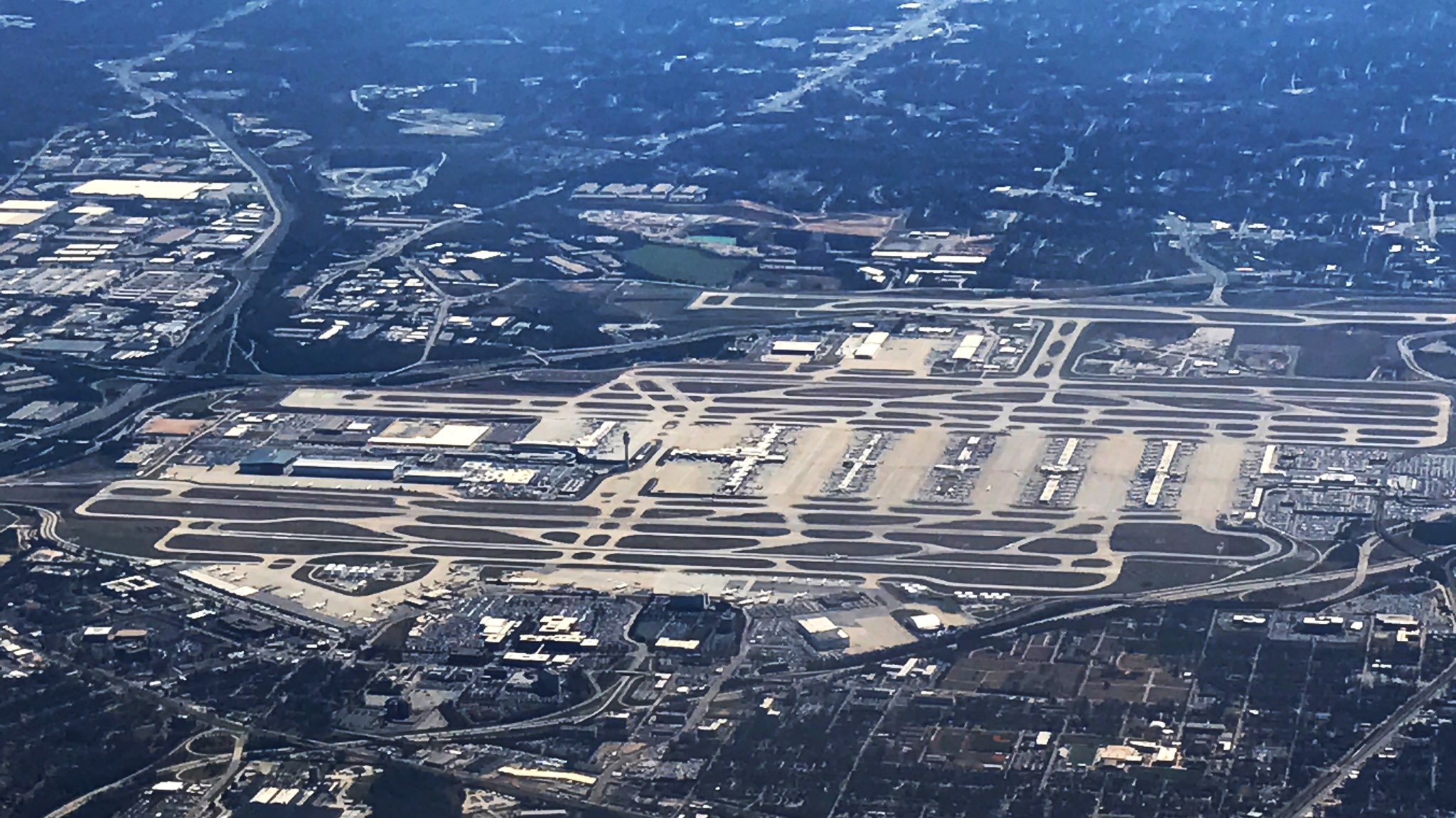