The word on the street was that she was somewhat of a strict teacher. When I first encountered her – in my very first class in second grade, I also realized that she was very tall and towered over little seven year olds like us.

She opened up this book – a small brown cover book called “Brighter Grammar”, as I recollect – and asked “What is grammar”? I raised my puny little hand up – still a little afraid of her. She looked at me and I blurted out “Grammar is the art of putting the right words in the right place”. I am sure you are impressed by my grasp of the language called English at that age. In reality, I had no idea what I just said.

Turns out that my dad had opened up that book before packing it in my bag the previous night and read the first page and that was how the book started. And he taught me those words right then and there. I did not even know what “art” meant, especially in this context. Although I think I knew what “word” and “place” meant.

Back to Mrs. Shastri – for that was what we called her…, she closed the book and asked me “Do you want a double promotion?”. If I did not know what “art” meant, there was no way in God’s green earth I would know what a “double promotion” meant. I was scared out of my wits by her question. Instinctively, I felt that if she had closed the book before talking to me, that could not be good any which way to Sunday. I just bleated out “No, ma’m”. And she proceeded on with the rest of the lesson. Which, of course, I have no recollection of. Because my dad never taught me anything beyond that first line.

When I came home, I complained to my dad that he did not teach me the right thing and he should stay away from my books. My teacher had threatened to give me a “double promotion”. Some hearty laughter from him and for good measure, complete confusion from my side later, I sorted out that I was going to be okay with Mrs. Shastri. I might have even hit a home run with her, for all you knew.

Just as I was starting to feel really great about myself, my father said – “You gave the right answer. You are not mature enough to go to third grade”. And there went all my feeling great about myself. Never quite figured out who was more strict – my dad or Mrs. Shastri.

Why am I telling you this story now? Because I just finished up telling this story to Mrs. Shastri herself. You see, after getting out of second grade – way back in 1974 – a full 43 years later, I actually heard her voice today and talked to her over the phone. I have not met her yet (so the picture here is taken from her Facebook public profile) but I certainly intend to do so at the earliest.

One of the reasons our paths never crossed much after 1974 was that in 1976 I left that school and in 1978 she relocated back to her home state. And yet, it was crazy to find out how close we have been later without knowing of each other’s presence. Apparently, she used to come to Dallas to visit her son – during a time period when I lived there with my family!!! For all you know, I might have even seen her in one of those Indian grocery stores!!

It was great catching up with her and learning about her journey in life. It was exciting to hear about the book she has written (and one more is on the way) and her research and teachings in alternate methods of healing.

Towards the end, I had a nagging feeling that I was forgetting something as I kept my conversation up with with her. And then it hit me suddenly – “Before I forget ma’m… A very happy birthday!!”

As I kept the phone down, a sense of great happiness descended upon me. The fact that I was finally able to say “Thank You” to somebody who influenced me at such a tender age was an unbelievably satisfying experience!

And this story will not be complete without me thanking Mrs. Bose – my third grade classroom teacher – without whole help, I would have never found out Mrs. Shastri’s whereabouts! 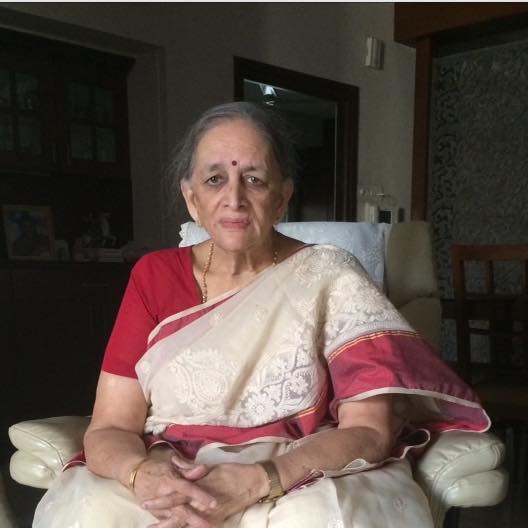