Back in my ninth grade, our class had five rows and four columns of desks. Each desk accommodated two students. I still distinctly remember where I sat. And more importantly, the guy who sat exactly three seats behind me. A fair guy – Uday Mukherjee being his name – he was very good in certain sports like ping pong (that was a big thing for us in school) and was very meritorious too.

But here is the thing. Somehow, he evaded my search for all our classmates for years. Very few people could give me pointers about his whereabouts. All we knew was that he had become a doctor. Many even suggested that he was in the US. That was the last thing possible. Usually, it is not difficult to find somebody in the US if you tried hard. And I would like to believe that I tried hard.

And yet, after 11 years of searching for him, I found out that he has been living in California all this time! The biggest irony is that in a previous job, I used to drive by his house all the time for our office visits!!

After having seen him last in March, 1983 – 34 years later, almost to the day, late at night last Wednesday, I showed up in front of his door!!!

That was a memorable meeting!! I thought I hit it off very well with his twins. Although, I have a nagging feeling that they are going to remember me as “that weird uncle” 🙂 Listening to Uday and I talking, you would not have believed how many years had gone by before we got to meet again. The big regret though is that I learnt I will not be able to see either of this parents any more. That is such a shame. Such nice people they were!

All in all, it was fantastic catching up with the 98th member of our 103-strong class. Three are no more. I still have to find out 2 more!! Maybe Uday can help me. He already got me connected to a friend from my twelfth grade!! 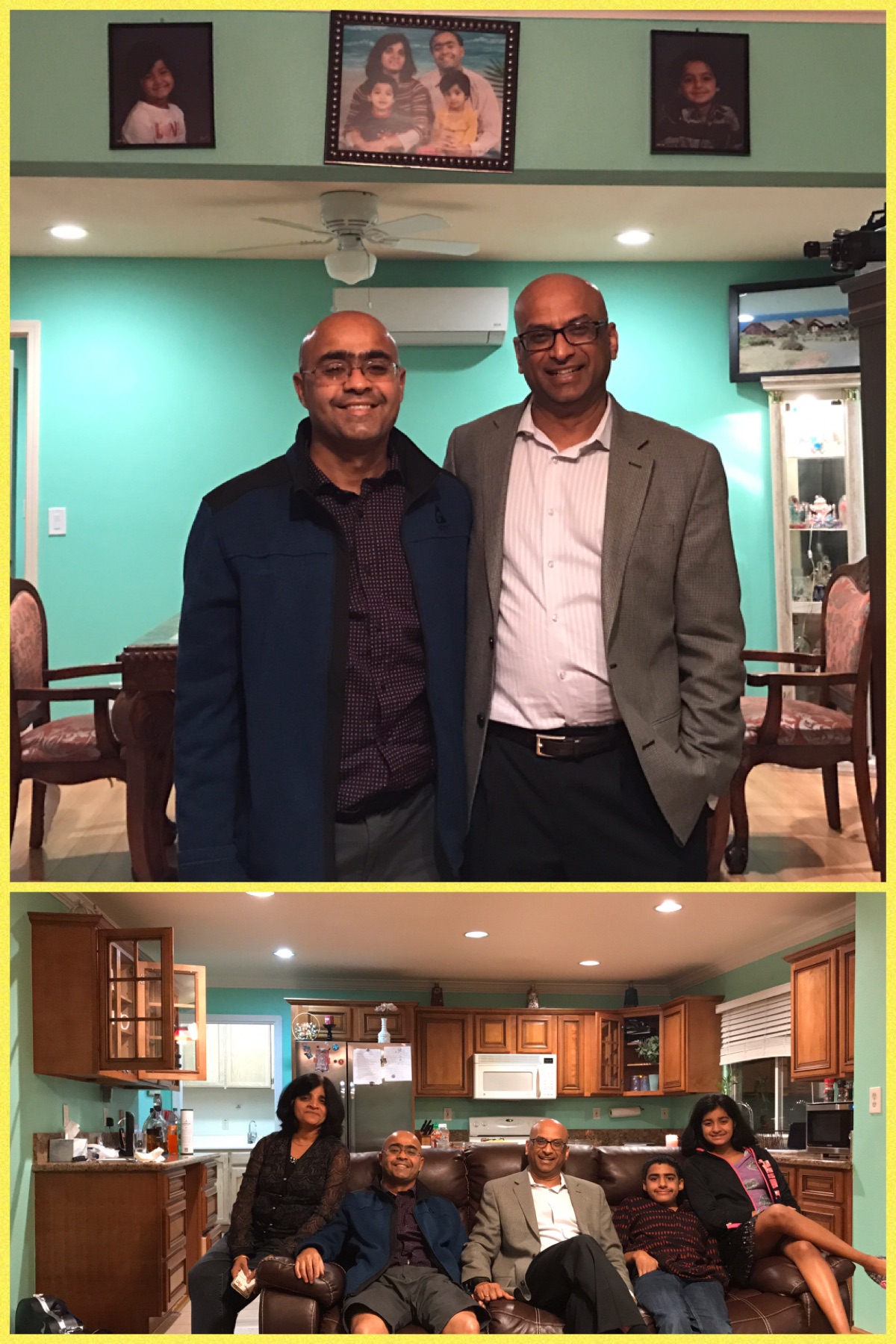