The best kind of business dinner is when you have a new friend and an old friend.

Thanks to Joe (and I am going to tag his wife Pam on this since I know he stalks her FB account and reads my posts there 🙂 ), I was able to meet the very bright and young CTO of Amtrak – Sovan last evening. On the business front, we work with railway companies and I wanted to see how we might be able to help. But let’s not get into business here.

I got to know of Sovan’s journey from India straight to Minnesota and then how he settled here and recently has moved to DC area with his two very young kids. It was great to get the perspective of a CTO’s vision of challenges for a unique company like Amtrak. Since I knew Joe before Sovan knew him, I could highlight some of my past memories with Joe to him.

Joe and I worked in a previous job and he actually led all the Government sales in our business that time. We have both moved on ever since. But not before we spent a lot of time together on the road. And therefore, I got to know the personal life and the very funny side of Joe. And I made him repeat some of those stories last evening.

The most inspiring one I remember was his upbringing. His dad was – what he refers to as a “blue collar” worker living right outside Baltimore city. (Joe still lives there). But the story was how one of his elder brothers got into Duke and the first time he came home, talked about how Duke would take care of all expenses for financially disadvantaged families for the good students. From that day on, the fourth grader in Joe (I think he was in fourth grade) was maniacally focused on getting into Duke. As he told us, everything he did from that day on was totally about getting into Duke with full ride.

He even talked about how they could not afford long distance phone calls those days and in his entire four year stay in Duke, he got exactly one call from his parents!!!

Little surprise then that Joe has been so successful in life. Under the gentle, funny self of Joe, there is some sheer Grit !! Speaking of which, we talked a lot on the topic of Grit.

I also told Sovan the story of Joe marrying somebody off. I think it was in the last year that we worked together. Joe went to online courses and became an ordained pastor. Yes! Apparently, you can do that. Of course, that Joe would be an ordained pastor – that too thanks to the internet was very funny to me. But I did ask him – “Okay. You are a pastor. But to marry somebody off, you need stuff – you know certificates, seals and so on”.

“Oh! They send you a starter kit”, he had said.

“Starter kit????” I remember taking a few minutes getting myself off the floor. I guess they sent two certificates and all that to give a kickstart to his new career. Seriously though, he has married off four couples. I believe he is headed to Europe to marry off the next one.

Another marvelous thing about Joe is his ten year volunteering in prisons to wean people off recidivism and violence thru faith based teachings.

Again, these kind of meetings always seem short. But there was somebody else from my office waiting for me at the bar in the same restaurant to work on some financial matters.

So, I had to say bye. But I can’t wait to get back with Joe and Sovan again!!! 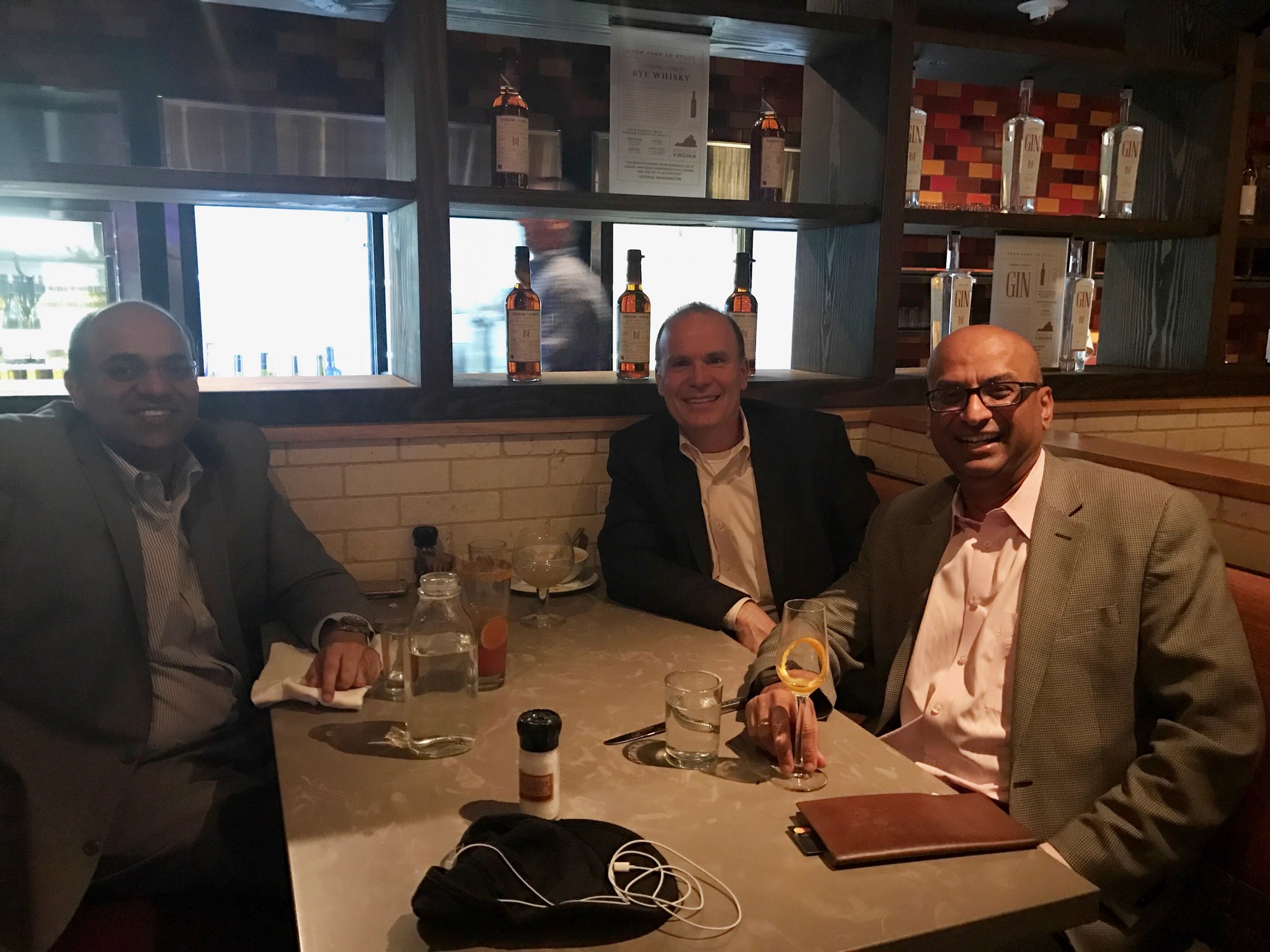