This is a bottle that was gifted to me by Roger. It is an interesting gin in many respects. First, most people will not recognize it as a gin. In fact it is a Genever. Genever – Jenever as alternately spelled – is the original ancestor of modern day gin. You may remember I had featured a Old Tom Gin once. Well, roughly speaking we went from Genever to Old Tom Gin to modern day Gin. Even modern day Gin – which was for the longest time called London Dry – has many variations. In fact, the latest going around is American Gin.

The big difference between Genever and Gin is the fact that it is aged in (mostly oak) barrels. Gin is never aged – it is bottled straight after distillation. This is what gives the Genever the distinct color.

Boomsma Distillery in the Netherlands – which makes both the Oude and the Jonge variety is one of the oldest genever distilleries in the world. It goes back 125 years and is still owned by the same family. Started by Jodocus Boomsma, it is now operated by the fifth generation after him (Saskia and Chantoine Boomsma)

Content wise, Boomsma Oude Genever is made from a blend of grain alcohol, malt wine and cornwine, botanicals and juniper distillate. The Genever is then aged in oak casks – sometimes for a full year.

The nose, of course, immediately speaks to its aging which will remind you of the peaty scotches. Once the wood has settled, you can get the palette and the finish of junipers and rich vanilla.

Genevers are often recommended to be imbibed cold and straight up. I added a King Ice though. 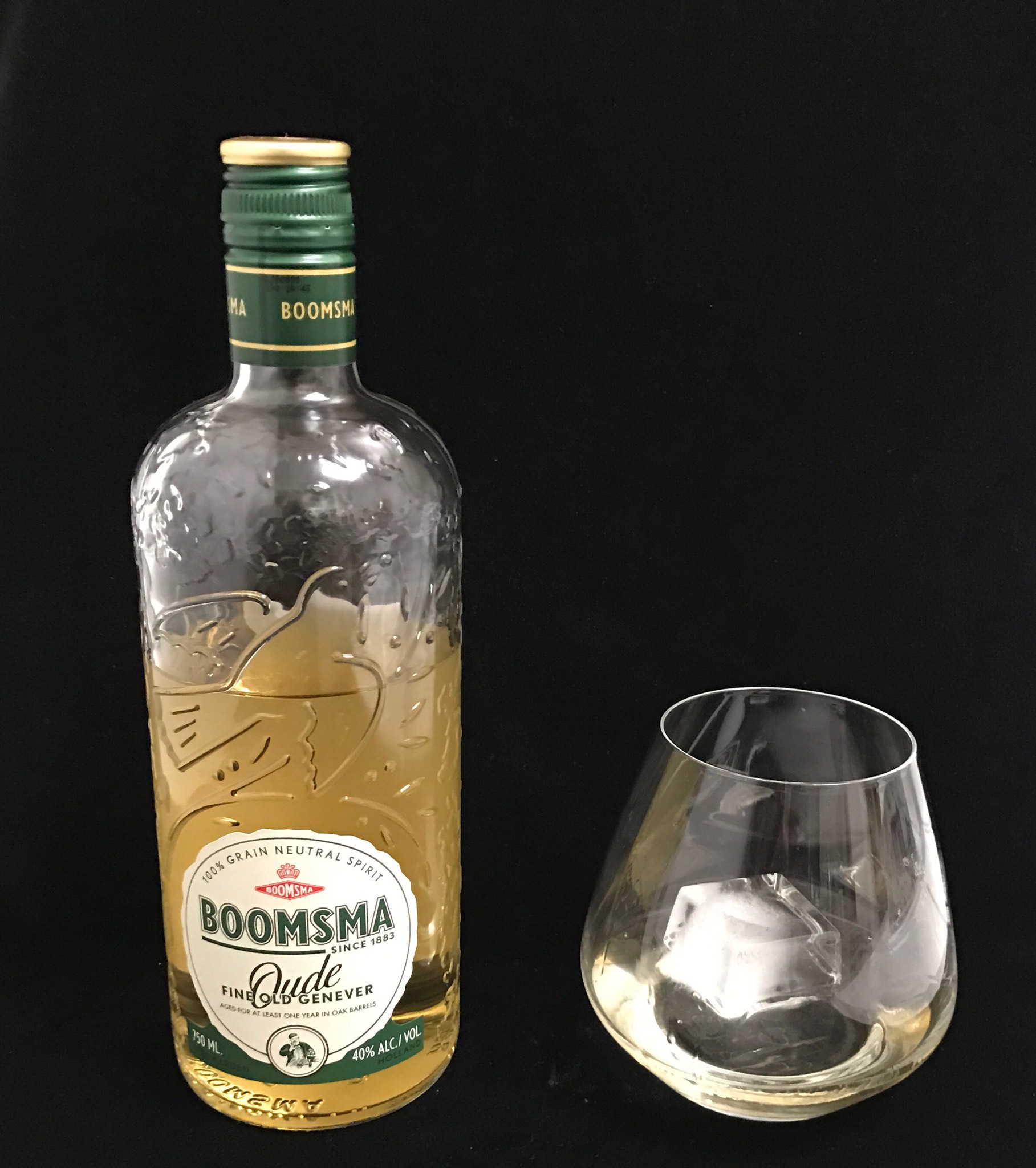