Sharmila got a taste of my life on the road…

Nikita was in Savannah for some school program and she was not going to be back till the next day. After finishing up my work around 8PM, Sharmila wanted to know what we wanted to do. Of course, the road warrior that I am, I always vote for staying home. And since she is stuck with the daughter’s stuff during the weekdays, she always votes to go out. And like in every tried and tested marriage, during a one-one vote gridlock, the wife wins. I think there is some kind of electoral college system that defines a marriage.

Sooner or later, we found ourselves at a bar that Arup and Sanjib had introduced me to a few weeks back. This was my second time there. I had settled down but for a few seconds – when a familiar voice behind the bar piped up – “Uh! Oh! There is trouble again!!” It was good old Kay!! She was our bartender the previous time. And her comments were squarely directed towards me.

Sharmila had that “What did you do now?” look at me and I let Kay explain as we placed our drinks. It was a slow middle-of-the-week night. So both of us spent a lot of time talking to Kay. Apparently, the previous time when I was there, I had way too many of my cheesy jokes at her expense! In any case, I was glad it was a slow night since both Sharmila and I got to know her life story and her aspirations in life.

An hour and a half later, it was time to start wrapping up. But, of course, it was also time to take a picture and document in my blog to remember these moments much later in life. As Kay came over to our side, a gentleman who was sitting on the other end all this time and reading something saw us and volunteered to take the picture for us.

Which he proceeded to take. And that is where things could have ended. Not when I am around though. I, of course, had to get to know the gentleman – Rich was his name – a little more. Found out quickly that he was the head of after sales parts and services for Bentley. Since he is a road warrior himself, the bonding was very quick. We talked a lot about life on the road and all that. But most of the time was spent in myself learning about Bentleys.

I was aware of the British roots of the company and the current ownership by Volkswagen but what I was not aware of is how many of these high end and very premium priced cars are sold every year. Apparently only 12,500 or so. About 3,000 of them in US. To put that in perspective, somewhere between 15 to 18 million vehicles are sold in US in a year. I was able to guess the regions of the world that buys most of the Bentleys fairly accurately, though. Learnt a lot from Rich on how to maintain customer identity and customer satisfaction for such very niche markets.

And one more half an hour rolled thru just like that while talking to Rich!! We exchanged our business cards and then of course, came the mandatory picture!! And the hope that we will run into each other on the road again sometime!! 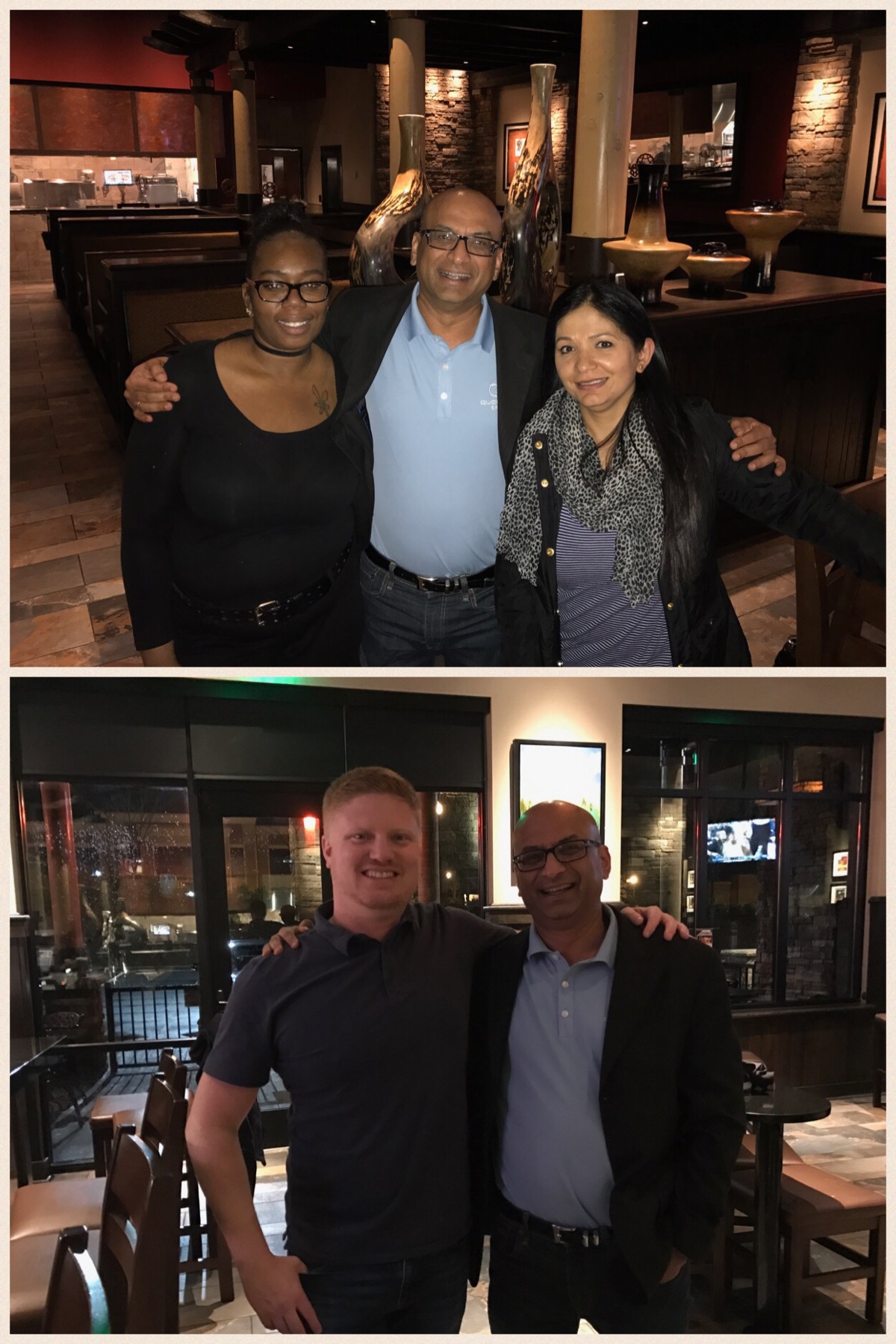